When Your Child Tells You Her Friends Are Discussing An ‘Adult’ Topic, What Do You Do?

If your kid is talking about a 'difficult' topic such as intimacy between two people, it makes sense to let him or her vocalize the thoughts, instead of letting the ideas humidify in the closed spaces of the brain.

If your kid is talking about a ‘difficult’ topic such as intimacy between two people, it makes sense to let him or her vocalize the thoughts, instead of letting the ideas humidify in the closed spaces of the brain.

I have an 8-year-old daughter. I know children, especially 8-year-olds are innocent and don’t have a clue about ‘adult’ topics. My daughter recently told me about a game a few friends play in her class in which they discuss ‘things that girls and boys do’. What would you do if your child told you something like that?

My first response was to scold my daughter. Haw, my mind said. How can she know or play with ‘bad’ kids who talk about things like kissing and such? I thought of telling her to keep quiet, and not to speak with classmates who talked like that. But on thinking harder, I wondered – will my chastising her prevent my daughter from thinking or wondering about ‘taboo’ topics? Yes, she’s only eight, but if she’s talking about something that crosses her mind, how does scolding her for it help? Conversely, making out an issue to be ‘taboo’ embeds it deeper into the mind of a child, or so I think.

So I calmly heard her out. Of course, it worried me intensely about how much media is influencing little children. How was it that eight-year-old children were discussing intimacy between two people? What was the source of information? Would her curiosity grow to make her want to experiment with things she only has thoughts about as of now? There are no easy answers.

But the whole episode definitely got me thinking. What I concluded were these thoughts:

A child’s mind is a whirlwind of confusing thoughts. Sometimes, we don’t want to sort things out because we have our own set of inhibitions or taboos that prevent us from engaging with a child and sorting out stuff with them. So open the windows and let the breeze come in – don’t be afraid to face your child’s thoughts!

I am a freelance writer, well versed in copywriting and blog writing. I’m hardworking, can do market research, have an excellent command of the English language and work well with constructive criticism. I have read more... 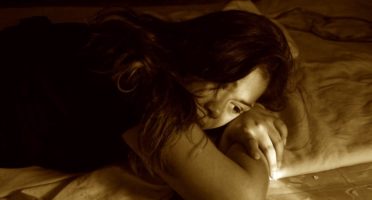 Today It May Feel As Though Only You're In This Darkness 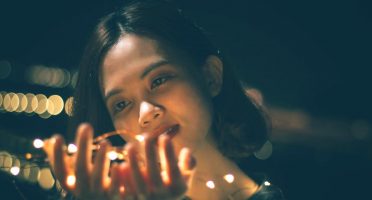 My Life Now After A Battle With Cancer Is Full And Without Regrets, Even If Unpredictable!