Sushmita Sen is the feminist icon for most Indian women today, a strong, independent, and no-nonsense person who believes in charting her own life.

Sushmita Sen is the feminist icon for most Indian women today, a strong, independent, and no-nonsense person who believes in charting her own life.

“I walk with my head held high against all odds. I am never afraid to walk the least treaded paths. I know that society gets a series of hiccups with my moves. But I am tall enough to stand for myself and my choices.”

That’s Sushmita Sen for you, in short and crisp words.

A brave-heart, an unconventional woman, and a rule-breaker. Till today, I sometimes search that Miss Universe 1994 finale question-answer round, and see this woman shine. Since that moment, I have been a fangirl.

“Namaste, I am Sushmita Sen from a country where love is the essence of life – India”. From that day till today, she has been in public eye, caused controversies sometimes, or has been ridiculed by patriarchs – but never ever did she lost her courage, determination, and dignity.

Sushmita Sen is the epitome of beauty mixed with intelligence, grace, and elegance. She somewhere proves a point to all women that “life is a one-time offer, and thus you should enjoy every bit of it”. In all her interviews and Instagram posts, she is always challenging those norms of society that is detrimental to the “growth of women”.

The terms like “women empowerment”, “feminism”, or “bashing patriarchy” are all the rage and roar in 2019. People, irrespective of their gender are voicing out their views on social media, and that is making a difference, truly. But back then in the mid-90s, Sushmita Sen was derided by a certain portion of the society for being who she was.

Now in 2019, she is a source of inspiration to millions of New Age Girls. I have reasons to back this point too!

On 29th January, her insta post read: “Whoever invented marriage was creepy as hell. Like I love you so much I’m gonna get the government involved so you can’t leave”.

It garnered more than 1.5 lakhs likes and 1500+ comments. Whooaaa! Finally, someone is speaking like me.

Marriage is a process in which the whole society gets involved with happiness, excitement, and lots of money. But it may not be prescribed for some souls – right? Sushmita Sen, 43, is still unmarried and many hypocrites around her must be questioning her day-in and day-out about her singlehood, and she graciously ignores them perhaps! How? Simply, by living life on her own terms.

In another old interview, she was quoted saying, “I love my father. He once told someone – please someone look at my daughter. Do you think I have raised her in a way that her only identity is to be someone’s wife?” So, she is an inspiration to New Age Women that marriage cannot be a barometer of gauging someone! One can be absolutely ok without it.

Teaches to respect the differences

She outlaws marriage from her life but that doesn’t mean she is reluctant to be a part of wedding occasions – she graces weddings too like a diva! It means that she doesn’t mind people’s opinion and choice of getting married.

Now, that a sign of a mature mind. All you New Age Women who are struggling to make your point clear should not forget to respect the differences too! People will think whatever they want to think. Just be ok with that without compromising on your happiness.

You can be a mom to kids without marriage

It was 2000, six years after she bagged the Miss Universe title that she adopted a girl child. And sources say that she had to struggle a lot to get the adoption done. She was questioned about her lifestyle and all that jazz like “how can you mother a child without a father?” or “how would you balance your work and looking after the kid?”

She fought a battle to own the child whom she named Renee Sen. 10 years later in 2010, she adopted another girl child, Alisah Sen. She is raising the kids well and is a happy mom, thus proving a big point to all the New Age Women and the society that a woman carries all the motherly qualities and doesn’t need to get married to be a mom.

Living up to her words

In 1994 during the Miss Universe Pageant in Manila, Philippines when she was asked, “if she has lots of money, where would she invest?” And she answered that she would love to invest in children, take care of children, or do something for them because children bring out the best in you and give peace. She is truly living up to her words!

Love and romance are not meant to be hidden

Being a New Age Woman, if you are worried about the fact that people will laugh and gossip behind you regarding your love life – just let it be. It is your life and you have all the right to choose your partner and romance them without hiding it from anyone.

When she forayed into Bollywood, she was romantically involved with Vikram Bhatt (who was married back then) but unlike other actresses who used to keep their love affairs to “just a good friend” phrase, here was Sushmita Sen who announced her love story and that too with a married man. This led to a divorce for Vikram Bhatt, but that was his choice – although gossip-mongers labelled her a “home-breaker”.

Just like her height, she stood tall against all that because she was in love and never shied away from accepting that in public. So, the New Age Women – if you are in love, never be wary of accepting that, be valiant as you have done nothing wrong!

Romancing a much younger guy

The societal norm is that a woman must marry or romantically get involved with someone who is elder to her. But love is love after all – it cannot be caged in the brackets of age!

Sush is currently in a relationship with Rohman Shawl – who is a model. Rohman is 28 and Sush is 43 and that’s ok. Age-gap in love, romance, and marriage always existed in our system. Dharmendra and Hema Malini have 14 years, and Saif Ali Khan and Kareen Kapoor Khan have a 10 years age difference – would anyone point out that?

So, all you girls out there – If you find love in someone younger to you, that is absolutely ok as long as you are happy in that relationship. Simply don’t worry about society.

For most of the gossipmongers and news portals, Sushmita Sen’s love life has always remained a hot topic. They always have a count of her lovers. Like why?

Finding love multiple times, or having multiple lovers isn’t only the privilege of men.

Be it winning the most prestigious beauty pageant “Miss Universe” at the tender age of 18, or becoming a mom at 25, owning a jewellery shop in Dubai or backing her event management company – Sushmita Sen is fire, revolutionary, magnificent, and the Titan her Dad named her. She has never ever compromised on her choices in life. And she also has the courage to pay the price for going against the tide – always.

She is definitely the queen role model for the women of today who want to make their own identity – scratch by scratch! 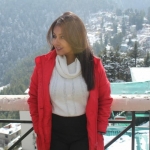 A Dreamer, Traveler, Table Tennis enthusiast, & a Dancer, Bhawna Deopa belongs to the majestic Uttarakhand who currently resides in New Delhi to pursue her dreams. She voraciously follows fashion and lifestyle bloggers and works read more...

She Is Badass, She Is Sassy, She Is Sushmita Sen And We Love Her!

Sushmita Sen undoubtedly has sass and wit. These 10 smartest replies to the silliest questions proves that she is indeed a beauty with brains.

Sushmita Sen undoubtedly has sass and wit. These 10 smartest replies to the silliest questions proves that she is indeed a beauty with brains.

“Why not? I am secure in my choice and in being so, I can respect and appreciate another’s choice, whatever it may be. After all, singles or doubles, we play to win. As for me let’s just say, ‘I am yet to meet that sire, who loves to play with fire.”

Being Yourself : From Sushi To Sushmita [Story]

Your choices will be judged, opposed, and eventually, supported, if you stick to your guns and continue to be yourself. Here's a warm reminder. 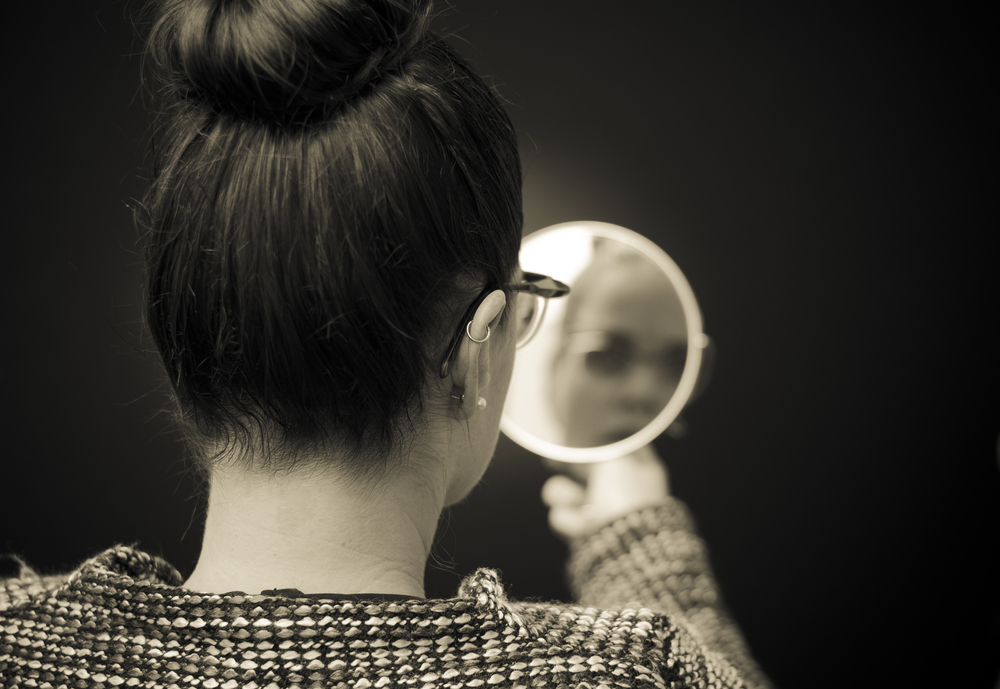 Your choices will be judged, opposed, and eventually, supported, if you stick to your guns and continue to be yourself. Here’s a warm reminder.

It was her mother’s voice. It was the last week of Sushmita’s holiday back home. She was already packing; the room strewn with her stuff.