Why do women become judgemental about each other, sometimes even turning on in each other in vicious ways? This author gives us some insight on why women attack each other.

Why do women become judgemental about each other, sometimes even turning on in each other in vicious ways? This author gives us some insight on why women attack each other.

One month back I was taking the metro to my office (situated 35 km away from home). As I was talking to my little daughter while on the way to her day care, just spending some time with her, a middle aged woman asked me, “How can you leave your kid in day care and enjoy yourself outside?” I was aback by her words – going to the workplace to earn money is equivalent to enjoying myself and not taking responsibility for my own kid? When I said I am a single (separated) parent and need to work outside to earn my living, then her reply was apna ghar todogi to bahar me aise hi dhakke khaogi aur bacche barbad honge that is, if you’ve broken up your marriage, you will have to suffer in a tough world and children will get spoilt.

This incident is an example where we women criticise other woman for whatever they do. If she is married and childless then we hurt them by unique words such as Baanjh; in rural india these women are not even called on auspicious occasions/functions. If woman has a daughter and not a son, it is a problem; if she is at home taking care of her child then we call her bechari, if she is independent then she is rebellious and we say pankh lage hai uske (she has sprouted wings), and God forbid if she is separated and a single parent then this society is a hell for her; people say ‘pati ke control me nahi rahi aur ghar tod li‘ (she broke up her wedding, having rebelled against her husband) as if its only her responsibility to run the marriage.

But in all these scenarios, there is one thing common: most of the time, a woman herself becomes judgemental of another woman’s image based on any one aspect of her life. Whether its MIL or relatives or any neighbour, the female community always looks for flaws in other women’s’ lives. Let us look at some reasons behind it.

A woman who is suppressed since her childhood and deprived of her basic human right to live with dignity will be the first one to criticise/humiliate another woman. The best example is the mother-in-law. As long as she is a daughter-in-law, she is expected to be weak, timid and a victim side but the day she gets promoted to a MIL she finds an opportunity to take revenge (which she could not on own husband). So all her suppressed anger bursts over her daughter-in-law and we see the disaster emerge in the worst forms like dowry murder or female infanticide.

Women’s insecurity leads them to belittle other woman

Whenever any woman is making any kind of little progress in her life, the best way to hide one’s own security is to not let others grow and make fun of it. That is the reason why career oriented women are stereotyped as being arrogant, selfish, unkind and unskilled in household work. Women who could not make a career due to any reason will condemn career women to prove that a homemaker is as a better woman. In the same way a career woman reproves a homemaker as a ‘bechari’ or as a slave of her husband since career woman too have some insecurity – because society has not accepted her as a complete  woman in her own right.

You are bad so I am good

Since women right from their birth is vulnerable for acceptance at every level whether it is in the maternal home or matrimonial home, they leave no stone unturned to belittle other woman in the family. When all other women are proved wrong or found with some stigma then this woman will feel a sense of superiority and acceptance. Suppose a woman is childless or wants a divorce, you can observe that the rest of the women will be judgmental about her and unitedly they will prove this woman as rebellious. Naturally these woman who are ‘putravati’ and staying with the husband will be given more importance.

Women behave in a misogynistic way towards women but when it comes to men we change our behaviour drastically in the same situation. For instance, if your mother says its not safe to go out late at night then you dismiss her by saying she is orthodox and fearful but when your male friend/boyfriend says the same thing you think he cares for you and your safety and girls also find this also romantic! In simple words, it’s defined as the process of a woman demeaning other women along with shaming  them due to believing that her gender is inferior.

Now we need to understand that in our patriarchal culture women are not fully accepted unless they are perfect in everything – be it beauty, success, household work, child and elderly care and a wife as good as an unpaid slave. There is still a long fight for acceptance at an equal level and only then will a woman who is free of all kinds of guilt, oppression, fear, and envy accept other woman as they are. Competition would still exist, sure, but women wouldn’t feel the need to compete against one another specifically.

According to Noam Shpancer, “As women come to consider being prized by men their ultimate source of strength, worth, achievement and identity, they are compelled to battle other women for the prize.” In short: When our value is tied to the people who can impregnate us, we turn on each other.

At this instant I appeal to the entire sisterhood of women to take a small step towards the betterment of our own sorority and stop judging other woman and passing witty remarks about them. This is the least thing we can do and this we have to inculcate in our future generations too. Teach your child to respect and honour every woman in their lives.

Women putting down other women is like telling the world that you are more worried about competition then your own progress. 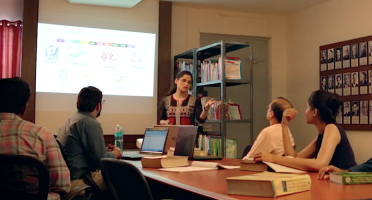 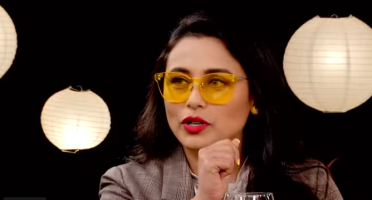 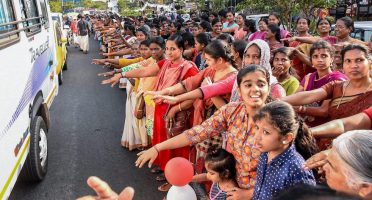 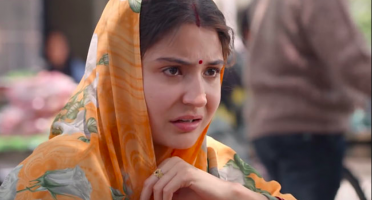