Vaginismus is a painful condition causing an involuntary constriction of the muscles of the vagina, making sex painful. Given the taboo on this subject, many women suffer in silence.

Discovering that I had vaginismus

I wouldn’t have thought of giving up the comfort of sanitary napkins until I learned the benefits of tampons and menstrual cups. Except each time I tried, I felt too tight. I didn’t bother again until last year when an infection required me to insert a gel through a tube. Nothing had changed, and every attempt to insert the tube was painful and felt so weirdly unnatural. I hadn’t heard of anyone else facing this, and felt as if I was making some rookie mistakes. But all I could feel was a flesh wall I couldn’t pry through.

After years of ignorance and escalating worry, I finally set out to research. Everything started to make sense when I slowly discovered about vaginismus, and realised that I had it.

I realized that there exists a real condition called vaginismus which makes any kind of penetration difficult, painful and impossible. The vaginal muscles don’t relax enough to create the necessary passage explaining the weird blockage I felt.

The two types are

I did grow up in an abusive household, which could be a huge factor. It’s commonly assumed that abuse affects mentally in the form of trust issues, living in constant fear of violence etc., but vaginismus is shocking proof that there can be physical damage as well.

I was fortunate enough to get sex education but even with progressive thoughts, I heard and read about it being extremely painful, which could have instilled fear in my mind.

I wanted to know more so my next step was connecting with others through online support groups: a Vaginismus Support Group, and a Support Group for Partners of those with Vaginismus.

Some shocking stories I heard

It’s surprising to see frequent new members even though vaginismus is a fairly unknown condition. Many of them had a cheerful childhood so you can’t pinpoint a reason behind vaginismus. Different chats with people were a shocking revelation of how I was just scratching the surface of the many layers of damage that presents as vaginismus and similar conditions.

Many resonated with the reluctance of getting into relationships because of constant shaming or fear of being judged. Being made to feel that you’re less of a human, labelled as ‘damaged products’ unworthy of love over an involuntary condition is a bitter truth you wake up to every day. Even if things are fine there’s a constant sense of fear and worry that yet another person is going to run out of love, patience, tolerance and happiness for you.

Not being able to fulfill ‘wifely’ duties did not go down well with many husbands. Some woefully accept their partners cheating on them because they have ‘valid reasons and needs’ that they can’t fulfill. Blaming, shaming, cheating, and divorces are sadly a very common thing people with vaginismus have to deal with.

I also couldn’t believe it when someone spoke of how she walked into her own apartment to see her friends doing it, with the idea of watching skilled people doing it live would cure her immediately! It’s a quite silent, lonely but challenging battle trying to make others understand the ordeal and also accepting yourself.

Shamed, and not taken seriously

While sharing each other’s stories what saddened me the most was the very common mentions of doctors not taking this seriously, not even being aware of the medical situation let alone provide the right treatment. Many spoke of how they were advised to ‘chill’ and ‘take it easy with a glass of wine, some jazz and incense’ was all they needed.

During consultation many doctors were reluctant and tried to talk them out of it as “why should you bother, you’re not getting married anytime soon”.

Hesitation to visit doctors in small towns is also common, as word could get back to their family, and given the ‘secrecy’ behind such a condition, it could get them into trouble.

Most women from conservative cultures had no clue about them having this condition until they got married. All kinds taboos around conversations about sexual health and dating, and about ‘virginity harming’ products like tampons makes vaginismus an ugly marital surprise with ‘bleeding brides’ at hospitals with a tear on the wedding night.

Treatments that could work, but…

The most common treatment suggested is dilation therapy. Different dilators of ascending sizes are used to gradually make your body comfortable until it can ease out naturally. A dilator is made of silicone or glass and can be ordered online. For people living with families, being caught with dilators is one of the worst nightmares possible in houses where TV channels are changed at condom ads. At such times going the DIY way using household items is the only resort for many, which can lead to other infections.

Botox treatments are on the rise, which relax the muscles for a period helping with penetration. Pelvic floor physical therapy and sex therapy is advised too.

Every case is different as some women claimed to have been cured soon enough, while some haven’t found any relief yet.

If your partner suffers from vaginismus or any similar conditions, your rock-solid support is crucial for the chance of a cure. Intimacy is important but there are many ways to express your love. Ask yourself: if you truly love every bit of a person, does it make sense to abandon them for something not in their hands? Pleasure isn’t the result of just one move, take out the time to research, learn about each other’s bodies. Many happy couples have achieved this successfully to the extent of getting pregnant after discovering alternative methods like splash and syringe techniques.

Suffering from vaginismus and other similar conditions kills a bit of one’s self-worth and confidence daily. Sex and sexual health are important aspects but they shouldn’t be the yardstick of a person’s worth.

Vaginismus is real, and not your fault

Often caught in a limbo of self-care and depriving partners of their ‘rights’, we fight an internal battle regularly.

Love and support is the key in such times. If you can’t give us that, don’t go around calling us prudes, or amateurs who ‘just need one experienced chap’.

To everyone else going through this, I feel you. I know it’s difficult but please know that this isn’t the end. Though the world has made a big deal out of it, you don’t have to go around begging for acceptance or be guiltily apologetic. Learn to accept yourself, figuring out a way to find pleasure; what works best for you irrespective of having a partner or not. I had a no entry zone for years, but finally pushed myself to somehow try tampons, which was unpleasant, but a breakthrough.

We have a long way to go considering the current state of affairs but let’s take it one step at a time with a dialogue for starters. 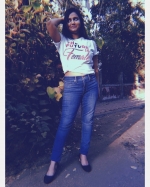