#MeToo Might have one other unexpected fallout, says Prashant Yadav, that women would no longer be slut-shamed over their sexual choices outside of marriage.

#MeToo Might have one other unexpected fallout, says Prashant Yadav, that women would no longer be slut-shamed over their sexual choices outside of marriage.

So, #MeToo hit India. Powerful men in media and entertainment called out on predatory behaviour.

Will it end male privilege and predatory behaviour? Tough to say. Also, yet to be seen is what course #MeToo takes, still early days. But one interesting trend is indeed secular – a lot of these stories talk of women in parties who got drunk and were assaulted. A lot of them talk of a consensual relation existing, then ending it, but the man still continuing to act as an asshole. Counter-voices talk of media trials and how the accused should get a chance to be heard. They also say that this can be misused by individuals or vested interests.

But, and that is a big one, that no one has come out saying, “What was she doing getting drunk with men at midnight?” or, “She was already sleeping with him and it is a domestic spat,” or, “What clothes were she wearing?”. On Twitter, in media, the loudmouths, the culture custodians, the Bapus who would say, “Call your rapist bhaiyya,” none has come out questioning the clothes, the timing, her drinking or even her being in a non-marriage sexual relationship (wherever a consensual relationship, existed, ended and then the man assaulted her).

This, to me is a major trend. Are we, in India, finally getting ready to accept women as sexual creatures with their own agency over their sartorial, social, career and sexual choices? Tall wish, tough ask. True.

So, why is no one slut shaming yet when this has been the go-to response – I’ve had conversations with people who slut shamed even in the Delhi December 2016 rape (Nirbhaya) case.

People in high places would be in wait and watch mode – see what direction it takes, see what all tumbles out, see what casualties are and see how much damage it causes to the predators. But common men, in conversations at paan shops and tea stalls and coffee houses too aren’t pointing at her drinking at 2 in the night with men. A lot of it would be due to the fear of opprobrium – even the staunchest misogynist would keep his trap shut in the current climate. But still, this complete absence of slut shaming from the counter narrative to #MeToo is telling and it makes me hopeful. Somewhere it does mark the beginning of people at large seeing women as legitimate sexual beings and sex being a strictly consensual activity between two adults.

We have been trained in a toxic patriarchal environment, both men and women. But the new trends and new values are training us to look at things differently. I think metoo and the outrage over it is a strong training that could just mark the advent of an era when women can have choices without being judged.

Whether workplace harassment will stop due to #MeToo is still suspect but slut shaming could just be beginning to crumble.

Image source: a still from the movie Pink 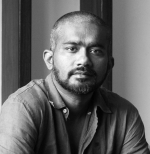 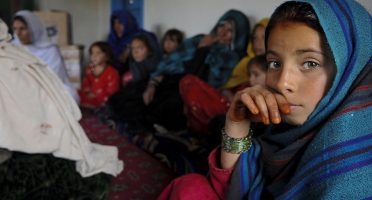