If you've been asking why women are reporting sexual harassment "only now", it's time to open your eyes. Sexual harassment at work has always existed, a truth that women know.

If you’ve been asking why women are reporting sexual harassment “only now”, it’s time to open your eyes. Sexual harassment at work has always existed, a truth that women know.

The rise of the #MeToo movement began in Hollywood a year ago with the allegations of sexual harassment against Producer Harvey Weinstein that opened up a Pandora’s Box. Women gradually gained strength in expressing their solidarity and exposing the deep rooted patriarchy within the system. India is no exception to this.

The recent revelations by Tanushree Datta against Nana Patekar, and by women of all sectors regarding the harassment faced by them, needs our appreciation. They surely have to be congratulated for the bold steps taken by them, without bothering about who the alleged perpetrator was – a celebrity, star, a politician, a journalist or a director.

At the same time, it is appalling to note the trauma faced by these women (I do not want to call them victims) all these years. It is also not surprising.

For ages, women have been subjected to such harassment, be it in any field, but very few women have dared to comment and speak out openly at the time. Some people have raised this question, if not then, why now?

I say, why not? Even if it is late, they have come out in the open and poured out all their woes without out any hesitation. So why not support those women who have faced distress, mental disturbance, turbulence, pain and suffered all these years? It has given strength to those who still suffer in silence, and feel embarrassed and ashamed to reveal these incidents.

It’s just not celebrities who are facing such sexual harassment. Many ordinary women face it, and risk it at the cost of their dignity. Unable to face it, unable to reveal it, they suffer silently within.

Women have suffered, and the deep rooted patriarchy has been successful enough to shame them and keep them in silence. The blame game directed at women compelled them to stay quiet, be it at the workplace, at homes, etc., and also made them believe that it is normal for men to behave like this (of course, not all men). Harassment of any form instead of being condemned and the accused punished, was taken lightly and no voices rose in support of the victims.

Safe zones for women are essential

In the last few decades, women have broken the glass ceiling, and are visible in almost all fields. The few sectors that were thought of as women’s field of activity are no longer the same and women have transcended over the years to reach the highest positions.

However their spaces have shrunk, and there is no place in the world that is considered safe for women. Be it homes, work places, the streets, or open spaces, all these have made women suffer at one or the other time. Somewhere, sometime, a small cry is heard from within which goes unheard.

The umpteen laws and rules have also been in vain. The Prevention of Sexual Harassment (POSH) at the Workplace Act came into force to protect women from being exploited sexually at the work place. Bhanwari Devi, the women behind the constitution of the Act, though a victim herself has also not been able to get justice till today. It was only after her constant fight for justice, that this act has come into existence. According to this act, all institutions must constitute an Internal Complaints Committees, headed by women and comprising of both men and women as members, to look into the complaints received from women and investigate the issue, but this has not been practiced in reality.

Many women feel unsafe to report the incidents due to fear of being reprimanded and due to the fear of being targeted constantly as well as facing social stigma. Hence they prefer to suffer than report such incidents. Unless Institutions in particular and society in general ensure a safe environment and treat women respectfully and empathically, such incidents will continue to go unreported. Therefore it is crucial that such safe zones for women are created so that they can confidently be a part of social development.

Women too are harbingers of social progress

As Karl Marx has said, a society can be gauged by the position of its women; society should understand that women’s participation is inevitable and hence we must be treated as equal partners instead of underestimating our capabilities. However the patriarchal attitude of society is so deep that the blame game usually is directed at women and it questions her dignity, her dress, why she should be so late, why she should take up such assignments etc. etc., and makes her weaker.

What needs to be done is a far bigger question. To establish gender parity at all levels is more essential than ever before. As per a UN report, it will take another 200 years to establish gender equality in all spheres in the world, a long way to reach but not impossible. To get there, we have to inculcate these value systems in our younger generation from the grassroot level.

Firstly, in all our academic institutions, gender sensitisation programs and workshops should be conducted through which gender stereotypes and the superior-inferior concept can be removed gradually from the mindsets. Secondly, the internal complaints committee instead of being there for namesake should give confidence to women and protect them from further distress. Thirdly, a clear message has to be sent to the society that anyone who violates women’s rights shall be punished – however strong or influential one may be.

Building a just society is the need of the hour.

The future of this society does belong to everyone and hence it is essential to build a just society from the bottom and lay a strong foundation so that the social structure does not collapse offhandedly. The onus therefore lies on every one of us present at this hour so that the future generation can carry it forward without many hurdles. Let us all join hands in building such a society where every woman will be free from such exploitation and harassment, where she can lead her life dignifiedly. 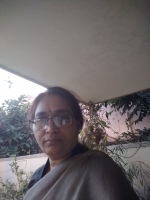 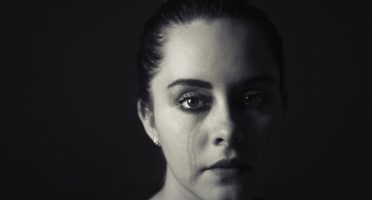