You’re Definitely The ‘Conductor’ Of Your Life!

College was something she wanted to avoid today after yesterday’s humiliation but that place was also her only hope to participate in the fest somehow.

College was something she wanted to avoid today after yesterday’s humiliation but that place was also her only hope to participate in the fest somehow.

Our Muse of the Month series this year focus on stories that pass the Bechdel test, and are written on inspiration from a new prompt every month. This month, the prompt was “I’ll Always Find My Way Back”. The story should pass the Bechdel Test, that is, it should have at least two well crafted, named women characters (we differ here slightly from the classic Bechdel test, in that we require these characters to be named),

The fifth winner of our November 2018 Muse of the Month contest is Divisha Mittal.

You’re Definitely The ‘Conductor’ Of Your Life!

It was 4 am in the morning. Rishika had been tossing and turning in her bed for hours but sleep had deserted her. Time and again Pramod’s laughter kept ringing in her head. At any other time laughter from someone would have made her spirits soar, for what does a stand up comic want more than laughs from her audience. But Pramod had not laughed at her jokes, he had not even heard them, he had laughed at her stuttering.

Rishika had neurogenic stuttering and she knew that it was here to stay. In her initial years she had been the target of many jokes which hurt her then, but now she thanked all her bullies because now those same jokes were her stand up material.

But Pramod had not been a bully. He had been the organizer of her college fest. Without his permission it was difficult for her to perform at the fest. The same fest where the chief judge was the famous comedian Shoaib Hussain. Performing in front of him was her dream and Pramod was an obstacle to that. At other times she would have retorted back saying, “Isme tera ghata, mera kuch nahi jaata.(Your loss, not mine)” But yaha toh uska bahut bada ghata tha (but here she was the one who would lose), and she didn’t know how to pass this hindrance.

College was something she wanted to avoid today after yesterday’s humiliation but that place was also her only hope to participate in the fest somehow. As she sat in the public bus to go to college, all lost in thought, she did not notice the conductor approach her for the ticket. The soft voice of the conductor brought her back to the present.

At first Rishika didn’t understand what she meant, but when she was finally able to utter “Gandhi College”, the conductor’s statement made sense. While issuing the ticket she fumbled with one hand and Rishika realized that the conductor was paralytic in one hand. Rishika gave a small laugh at her statement now. She developed a liking towards this woman.

A little while later when the conductor was free and sitting on her seat just in front of Rishika, she decided to start a conversation. She never knew what material she might be able to get out of that witty lady. She leaned in her seat and asked “ I.. I..have never seen you before, W…What’s your name?”

The conductor turned around, smiled at Rishika and said “Jagruti”.

“Well, Initially I joined about six months back, but they had me sacked after the first 20 days.”

“W..why? Because of your disability?” Rishika looked at her hand and asked a little shocked.

“Yes. Also they had me on contract at that time since their regular employees were on strike. You know I was the First Lady conductor to be employed by the State Roadways. Initially, I was very happy and they were also satisfied by me. They even hired few more women conductors after seeing my dedication to the job. They were sacked too, soon after the regular employees called off the strike and joined back. Now that the regular conductors were back, neither the roadways nor those male conductors wanted women conductors to take their job. And to top it off I was disable.”

“Then how did you join b..back? Have the regular employees g..gone on strike again?”

“No. This time I have joined permanently on regular rolls. No more contract for me. On contract they had me sacked just two days before Diwali. Completely ruined it for me and my family who were hoping to celebrate it with aplomb for the first lady conductor of their house”.

“Well, for starters I believed in myself.  I knew that I will always find my way back. When I had first joined there was a lot of hulaboo about me being the First Lady conductor. Lot of local and national media reported this. Some of them had even left their numbers with me. So, I used them and contacted them with my other female colleagues. We told them our story and they reported our plight. Intervention of the media helped getting us attention from some other sources like women’s right NGO’s, some disability affairs organizations. With the support of all these people we could fight our way back in the system and this time at permanent jobs.”

“W.. wow you are an inspiration! You did not let your disability deter you. You are definitely the ‘conductor’ of your life bus.”

“Thank you. By the way isn’t your stop next?”

Rishika nodded yes. Jagruti’s story had inspired her to not let Pramod’s arrogance stop her from fulfilling her lifelong dream. She was still planning her way to enter the college fest when Jagruti nudged her to get off at her Stop.

The next day when Rishika went back to college, the entire college was rooting for her participation in  the college fest. Not only the students but the professors too. Rishika had taken Jagruti’s mantra to heart,“I will always find my way back”.

Yesterday, when she reached home she video recorded her stand up piece and uploaded on the college website asking for a vote on whether she should be allowed to perform or not.

And the rest as they say is History! Or in this case “Comedy”!

Divisha Mittal wins a Rs 250 Amazon voucher, as well as a chance to be picked one among the top winners at the end of 2018. Congratulations! 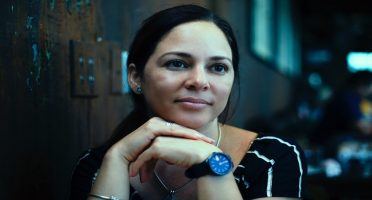