Winter vacations are just around the corner, and is a good time to travel with kids to these places which have great weather at this time, compared to summer.

Vacation time – The time that parents spend with their children is always an ideal time. Here are a few places where the children will not only have fun, but also learn.

I am picking non-metro cities and their hidden gems, since most people are familiar with well-known places in metro cities.

This city doesn’t need any introduction. It is the city of the Nawabs, and is the capital city of Uttar Pradesh. It lies in the middle of the Heritage Arc, and has many good places to visit like Bhool Bhulaiya, Bara Imambara, Rumi Darwaza, State Museum, Zoo, various Parks and Museums.

Situated in the heart of Lucknow, this building is an interesting example of architecture. It has a unique Saturn Shape with 5 visible rings. The diameter of the Planetarium is about 21 meters and it rests on a platform, especially designed to provide an idea of crater formation on celestial bodies. The garden and play area outside the building are the home of many small birds and animals like rabbits, parrots, and peacocks, etc. All the swings and rides are based on science laws and logic. 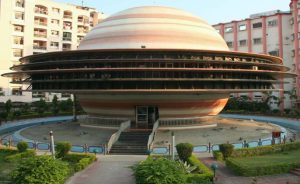 This place is a great experience to get involved with what excites kids and even parents will get to know many unknown facts.

We all know that the first war for freedom happened in 1857, but how would it be if we can get a chance to witness what exactly happened at that time through real artefacts? Our kids hardly know about the fight for freedom and all the sacrifices. This is the best way to introduce history through play. It is an ASI protected monument, and brings you closer to history. 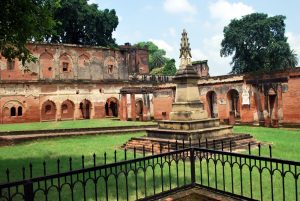 The museum recreates the mutiny hours at the Residency with visual descriptions, weaponry, artefacts, historical documents, photographs, lithographs, paintings, and arms and ammunition of that time. The human characters and geographic details of the place are depicted realistically.

It is the most populous, and the largest city in the heart of India, Madhya Pradesh. The city is home to Shri Omkareshwar Jyotirlinga, and apart from many temples, the city also has beautiful gardens, museums, and waterfalls.

Let’s find the best spots to hang around with kids.

Both these waterfalls become alive and more scenic during the rainy season. It is a very good picnic spot. Both the falls are approachable by road, and less than half an hour’s drive from Indore. It’s always better to carry homemade food, even though you can find a couple of eating joints there. 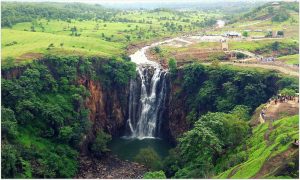 MP Tourism is responsible for maintaining this place. You can play and have fun in water, however you need to be vigilant with kids.

As the name suggests, the temple is an exquisite example of architecture made of glass. The interior of Kaanch Ka Mandir is entirely covered by glass panels and mosaics; including the floor, columns, walls, and the ceilings. It is located in heart of the city and was built almost a century ago by a merchant named, Seth Hukumchand Jain. 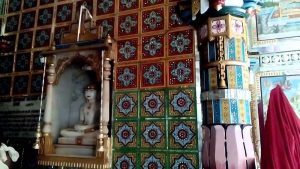 From waterfalls and temples, now let’s move to palaces which are a mix of royalty and history.

It is a lavish 19th century palace of the Holkar dynasty, in a mix of baroque, rococo & neoclassical styles. It has huge premises of 28 hectares and has a huge rose garden, one of the best in the country. The main gates are a copy of those at the Buckingham Palace, London, and are very magnificent and worth seeing. The decoration inside the palace is breathtaking with beautiful carvings on walls as well as ceilings. The palace has a grand Ball room, which has wooden flooring mounted on springs for extra bounce. 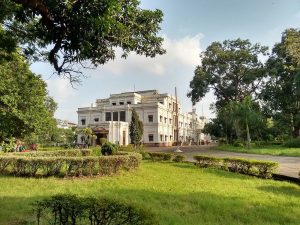 It’s the capital of Bihar and sprawls along the banks of holy river Ganga.

The Park was opened to the public as a zoo in 1973; it is a biological park, combining a botanical garden with a zoo. The zoo is currently home to over 800 animals and birds of about 110 species. And as a botanical garden, the park has more than 300 species of herbs, trees and shrubs. Not only this, the park even has an aquarium, which has about 35 species of fish and 32 snakes belonging to 5 species; kids usually are very interested in fishes and reptiles. 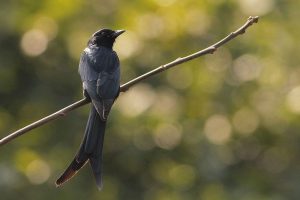 There are many more reasons why this is the favorite place for kids and parents both as it also has play area, boating, toy train ride, and jungle safari.

This is a large granary and is one of the biggest landmarks in Patna. The shape is like a beehive, was built by Captain John Garstin in 1786, and provides a panoramic view of the entire city. It was basically built for storing grains for the British Army. It has never been filled up to its capacity because of an architectural error, the door opens inward so if filled completely, the doors will not open. There is a huge garden laser light show where kids can enjoy. 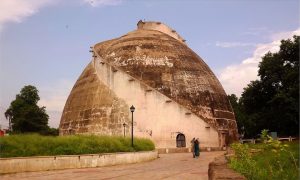 Carry food, camera, torch and water along as there are many stairs and a little dark inside.

It is the capital city of Punjab and Haryana, and was designed by the Swiss-French modernist architect, Le Corbusier. It’s a very well-planned, quiet and beautiful city. Rock garden, Sukhna Lake, and Pinjore Garden are a few famous places in Chandigarh.

The multimedia laser light fountain is at sector 17 and it starts every evening. It has been operational since November 2014. There is also a flea market around it, and many eateries as well. The market place and fountain is maintained by Chandigarh Municipal Corporation. 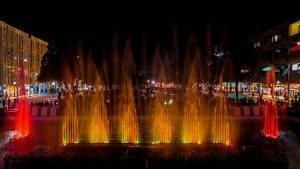 You can enjoy a relaxing evening here.

This is a very beautiful park, where you can go for recreational purposes. It has an AV system to tell the audience about traffic lights, rules, and meaning of sign boards. It’s good for kids as they can easily understand traffic rules. The park has dummy traffic lights, flyovers, and railway crossings to familiarise children with the same. Kids can get their own bicycles or can get issues from the park itself, ride them as much they want, follow traffic rules while playing, and return them when they are done playing. 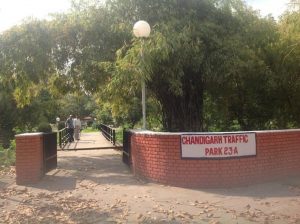 The capital city of Rajasthan, it is also known as the Pink City. It hosts many palaces and breathes royalty. There are many tourist attractions in Jaipur like Hawa Mahal, Amber Fort, Jantar Mantar, and Nahargarh Fort. Let’s explore the lesser-known yet mesmerizing spots.

The museum is situated in the premises of the Nahargarh Fort. It showcases wax and silicon statues of the personalities who have not only given the best to their own fields, but also have been iconic for society. It has more than 30 wax statues. It has a royal section, especially made for the majestic real life statues of royalty: the Maharajas and Maharanis of Jaipur and the state of Rajasthan. 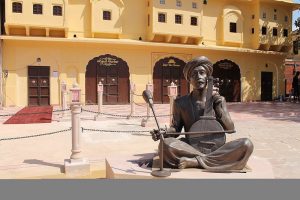 We are sure kids and elders will enjoy equally.

This is a fantastic place for kids, this place is joy for elephants also as they are tamed or given instructions only through words, rewards, and whistles. No stick or any such thing. Their charges are also reasonable. If you want to take rides, they have special mattresses instead of the wooden seats we generally see as these wooden seats hurt the animals. Apart from the rides, you can also enjoy getting close to the elephants by feeding them, bathing them and painting on them using natural pigments and a gentle bamboo stick since their skin is also very sensitive. 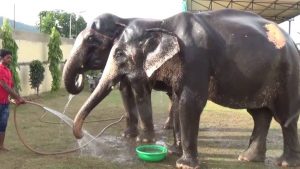 It is the cultural and historical capital of Maharashtra, with most of the MNC campuses on its land; it is surely becoming a metro city.

The name itself gives a patriotic feeling. It is a war memorial dedicated to post-independence war martyrs. The museum displays pictures and a brief write up about their highest sacrifice. The place has an indoor exhibition with weapons, maps, pictures, and more, about all the war operations of the Indian Army. On the outside, there are many tanks, armored vehicles and even a MIG 23. 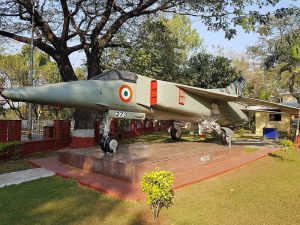 There is a souvenir shop inside the café. And for playing and entertainment you can try a hand or two with kids in a paint ball game, or the target shooting game.

This is a very different and unique place, it is located near Somnath Temple and is maintained by the Pune Corporation. It is a replica of Indian villages. The houses, structures, and garden are all on the same theme. You will have to carry tiffin, as drinking water is available but no canteen is opened yet. Little mannequins depict the lifestyle and work in villages. It has a huge park and a lot of big trees for shade. 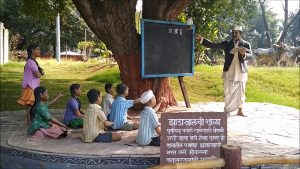 A real hidden treasure, our kids must know our roots.

I hope all these places give you a happy time and happy memories with your kids.