There is something called a precondition to consenting - Consent is not just about the 'Yes' or 'No' given but about the circumstances in which it is given. Niharika Singh's story illustrates this best.

There is something called a precondition to consenting – Consent is not just about the ‘Yes’ or ‘No’ given but about the circumstances in which it is given. Niharika Singh’s story illustrates this best.

“This isn’t #metoo …. This is washing dirty linen in public for publicity. She wouldn’t be in a relationship for 1.5 years had he forced himself on her. Appalled at selective #metoo journalism,” says a woman in response to Actor Niharika Singh’s story, when she recently accused fellow actor and ex-boyfriend Nawazuddin Siddiqui of sexual harassment.

Since the #MeToo movement began, people have loved to play judges, weighing in and letting us know what is legitimate metoo and what is not. Of all the #Metoo stories thus far, Singh’s story captures the essence of this movement in full. No one said that Metoo is about sexual harassment at the workplace only. It is about sexual harassment in the various aspects of women’s lives. Consequently, women have documented and called out street harassment, as well as sexual assault within families and at the workplace.

Why cannot women be in a relationship and be sexually assaulted? If we are bracing ourselves to talk about marital rape, that is.

Singh writes, “When I opened the door, he grabbed me. I tried to push him away but he wouldn’t let go. After a little coercion, I finally gave in.” I am not sure how this does not qualify as sexual harassment. Especially since Siddiqui lied about a lot of things including relationships with other women. It is obvious that Singh did not want to be in a relationship with a man committed to others as well. Not knowing this at an early stage, when she hesitatingly gave in to his coercion, she has just behaved like a human being. A being who is open to a relationship with a hitherto uncommitted man.

How should things have panned out for one to be able to describe what transpired as consensual?

The man in question would have befriended the lady he would have liked to develop a relationship with, put her first, found out what her expectations of a relationship are, proposed having a relationship and outlined why he thinks they should enter a relationship. After which, the lady would respond with a yes or no whenever she would feel comfortable doing so. This is consent.

Grabbing someone right at their door, not making a full disclosure about other relationships (past and present) and when the lady gave in, proceeding to take things to the next level is anything but consent. A gentleman and non-criminal person would have stepped back from a proposal for something like, sex with no strings attached, if the lady in question was drunk. So why make a proposal when the lady was in the dark and under a misconception about your status as a single person?

What has happened here is deep deception. This may not be a crime against the state yet, but it should become that, and it is definitely a crime against a woman and against humanity. So when you write: “Its no more crime vs innocence now..For women this has become men vs women Its really sad,” really? Is this not why ‘promise of marriage’ or ‘breach of promise’ and a sexual relationship is being debated in the Supreme Court of India?

As human beings with desires of their own, women enter into relationships all the time. There is no crime in that unless you are a petty moralist. They even tolerate lies and deception because they see men as fallible and choose to forgive. This does not mean they will always forgive. If they confront and call out their partners’ unacceptable ways and the partner does not respond humanely, the relationship ends. There is a sense of wasted time and effort at such a point of time. All the times the relationship stood solely on the ground of the forgiveness of the woman feels like what it actually was – betrayal and deception – the man abused her trust, used her and took advantage of her.

And may I remind readers that The Sexual Harassment of Women at Workplace (Prevention, Prohibition and Redressal) Act, 2013 is only five years old. Before this, women had no strong fora on which to make a complaint. So please stop asking: “What’s she doing till now. Eating pani Puri.” Or: “why didn’t you complain about it then”.

In a 2011 case, consent was understood as:  “…voluntary participation not only after the exercise of intelligence based on the knowledge of the significance and moral quality of the act but after having fully exercised the choice between resistance and assent. Whether there was consent or not, is to be ascertained only on a careful study of all relevant circumstances.” Plus, according to section 90 of the Indian Penal Code, “…if a person is under… a misconception of fact,” consent cannot be given. In other words, there is a precondition to consent, and if this is unfulfilled, the consent given is suspect, or even invalid.

Niharika Singh talks about sexual harassment or unwanted sexual advances in a voice that all women who know what deception looks like will instantly identify as true and credible. Siddiqui’s carefully constructed narrative in his memoir, of a naïve man wondrously and comically detached from the events in his own life can only fool a few.

Sushumna Kannan has a PhD in Cultural Studies and works on topics in feminism and religion, postcolonial studies and South Asian history among others. She received the Bourse Mira fellowship by the French government in read more... 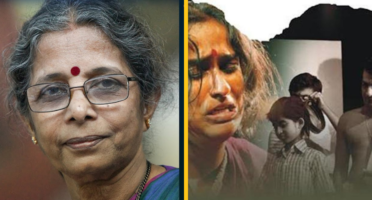 Vaidehi’s 'Akku' In Ammachi Yemba Nenapu: The 'Mad Woman' As Reaction To Trauma In A Patriarchy 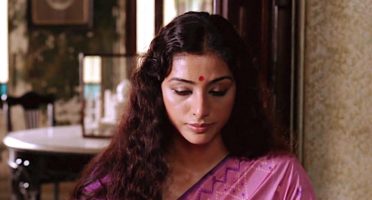 Divorce On H4 Visa Can Go Horribly Wrong For Women: Here's What You Might Encounter 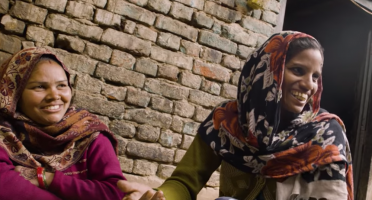 Period. End Of Sentence: Worthy Message But No Riding On Shock-Value, Please! 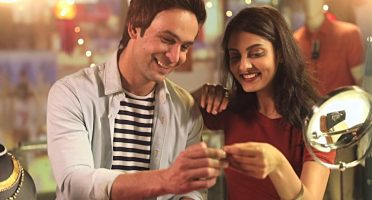 Wives On H4 Visa - How Do You Deal With The Depression That Dependency Causes?