How I And My Family Escaped Getting Stuck In The Kerala Floods By Just A Few Minutes!

That day we just managed to leave our ancestral home to go to Cape Town where we live, and our flight left a few minutes before Kochi airport was sealed and the runway flooded.

That day we just managed to leave our ancestral home to go to Cape Town where we live, and our flight left a few minutes before Kochi airport was sealed and the runway flooded.

August 14. Our taxi showed up at midnight on the dot at the gate.

The non-stop downpour that had started at least six hours earlier was still raging on. Through the gate that was left open, the driver proceeded inside, and parked just in front of our sit-out where our luggage was lined up. “What a terrible rain,” he greeted us with a smile.

For us Malayalis, any utterance indicating one’s presence is a greeting, even a smile without uttering a sound. The driver John Samuel (not his real name) started loading our luggage into the car and we – my husband and I – helped him. He was a friend of ours, who took us back to the airport whenever we visited our Kerala home. This time, we had stayed there for three months.

The downpour by then had tapered down to a shower. John had a big umbrella which he held over our head, and lead us to the inside of the car. Once we were seated and buckled, the car pulled out. As we looked back, the rain began streaming down in torrents once again, and it didn’t take more than a second for the silhouette of our home against the dim security light to disappear from our eyes.

It was sad to leave behind our relatives, families and friends in the ambiguity of a monstrous monsoon rain. We’ve known its monstrosity all our life; every year it caused havoc in our ecosystem, took away lives, flooded our rivers and caused heavy masses of earth and rock to slide away from our massive hills, leaving bare bones. But this year’s deluge wasn’t anything usual; it came about in a century.

Driving in the dark and rain

As we drove past our neighbourhood, the rain began coming in sheets, banged against the windscreen making the visibility very poor.  The silver streams of water stampeding on the bonnet cascaded down and joined the muddy layers of water floated over the asphalt road.  The tires of the car wheezed through the water layers.  Sometimes they glided over the water.

Suddenly, the road in front of us plunged into darkness, the street lights on their sides gasped their last breath; the power supply in the area went off, a recurring occurrence. The only source of light that made us aware of our movement were the headlights of the car, ably fighting the double onslaught of the rain and the darkness.

The driver took a shortcut by the side of a deep canal. In the open sky the never-ending clash of ravaging clouds that growled like gangs of huge elephants continued.

After half an hour drive, we joined the Main Central road in between Moovattupuzha and Perumbavoor. The maddening stampede of the rain continued, though the widened road eased the driving. It was almost deserted, as expected after midnight, the packed shops and kiosks on its sides all remained closed, and most of the houses fronting it had no sign of light, let alone humans.

No red alert issued yet

We started talking about things to alleviate our fear. The fear that if the revengeful downpour continued that would cause an insurmountable disaster in the state. By then, such anxieties and fears had seeped deeply into the psyche of almost everybody in the State of Kerala. We talked about the Idukki and Cheruthoni dams, impending floods in Aluva town and the settlements down along the banks of river Periyar in case the authorities opened the dam shutters.

It was just a repeat of what was already ringing in the popular thinking. The concerned authorities of Kerala, the Electricity Board, the Dam Management or the Disaster Management hadn’t issued any red alert so far, apart from the general announcement that people dwelling along Cheruthoni and nearby should be ready to vacate. The Newspapers and TV channels had been reporting the general caution. There were no emergency alerts like announcement over loudspeakers along the road or around the Kochi Airport. But the frightening fact was that by then the fast-moving waters released from the shutters-opened dams at Cheruthoni and elsewhere was fast approaching the airport area.

Once we got inside the airport and proceeded from counter to counter, there was no chance for us to know the weather conditions outside. We just held onto our hopes and moved forward.

In the early hours of August 15, our Emirates flight, EK 533 took off from Kochi a few minutes after 4.30, scheduled time. It was a three-and-a-half hour journey to Dubai. From there we had to fly another nine and a half hours to reach Cape Town.  Once in the air, we saw more torrential rain pouring down. On the mini screen in the plane, I checked for any news on Kerala floods in vain. In Dubai, a co-passenger had mentioned about more floods in Kerala. Almost all major and many minor dams were opened, she said.

We reached Cape Town international the same day at 6 pm, the scheduled local time. We were still in the dark about the flood in Kerala. By next day on, the news began pouring in. We heard that immediately after our plane took off, the Kochi International Airport got closed. Its outside walls crashed in the torrential floods and flooded the runway.

These disastrous floods, happening in this magnitude once in a hundred years made history, caused almost insurmountable damages, and nearly one-third of the State’s thirty million people are affected in one way or the other.  Sadly, there is no old Kerala, and a new one is in the making, and everyone living inside and outside Kerala are contributing to the rebuilding. 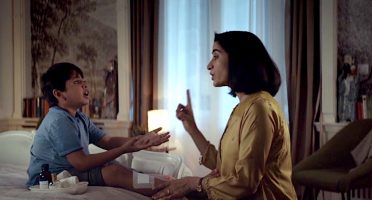 No Matter What He Did, He Was The Apple Of My Eye, Wasn't He?