Daughters of Arabia By Jean Sasson

This is a book written by Jean Sasson. It's one of the most touching books I have ever read.

This is a book written by Jean Sasson. It’s one of the most touching books I have ever read.

The book makes us ponder over about the life behind veils in Saudi. To the outside world they have money and they belong to the royal famalies. But do they really have what every woman yearn for? Freedom and respect.

Sultana is a dad loved only his brother Ali and none of his daughters. The disparity can clearly be seen and according to him only his son exists and not any of his daughters. Ali grew up seeing how girls are treated in his family and hence became that man to whom woman are only for sex and nothing more. It shows the sad state of men who knows nothing but to insult women.

Also in the book Ali’s son is seen to be exactly like Ali to whom woman are just sex object. He meets a fair skinned woman in a party and gets along well with her. He was expecting her to go with him to an apartment to which she denied for which he got furious. He wanted to release his sexual desires and anger, he drives a lot that night and finally ends up in a hospital.

In the hospital he saw a white woman laying alone in a room. She was in coma due to an accident. He uses her to release his desire and walks out. Can it get any worse than this? Yes, it can! 3 months later the woman was found pregnant. She was in coma for 6 months and 3 months pregnant. There was a witness and using his power Ali suppress him by giving him money and sends him out of Saudi. Also Ali does not leave any chance to curse that woman saying that she provoked his son and how his son landed in trouble because of her.

Yes, this was in the 90s and things have improved a lot now to the extent that Saudi women can drive cars. But aren’t they still a lot behind compared to the other countries? What can you expect the kids to be like if they see their fathers showing least respect to their mothers or any other woman as a matter of fact.

The book starts by showing how Sultana had landed herself into trouble because of the previous books by Jean Sasson in which she had spoken to her about the women’s problems in Saudi to write in the book. It shows the extreme extent to which a man can go to disrespect a woman. It also shows the sad state of some pathetic laws where a man can ‘ask for sex’ any time of the day or night and the woman has to agree. If she doesn’t then she will be divorced.

Overall it’s a very good read and a must read for anyone who loves to read. It brings out all the emotions from someone who can be empathetic towards the women mentioned in the book!

Software Engineer by profession, blogger by passion, an avid reader of books and blogs. Someone who recently started exploring her skills as a blogger :) read more... 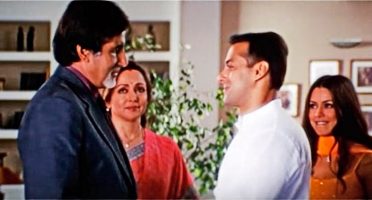 Are Parents Only A Son's (And By Extension, The DIL's) Responsibility?