Why Are New Mommies Not Returning To Work?

Why do so many new moms not return to work? The answer lies in lack of support from both employers and families.

Why do so many new moms not return to work? The answer lies in lack of support from both employers and families.

Let me give you an alarming fact – according to World Bank Report on Female Labor Force Participation, India has (only) 27 percent of women in the work force, compared to the global average of 40 percent. While we keep gauging the results of social improvement, such statistics make us take one foot backward. The round of discussions on gender parity keeps falling on deaf ears, I guess.

But why women don’t return to work?

The big factor quoted for the decrease in women work force is the Maternity break.

The first and foremost reason is that the organisations think maternity leave is inversely proportional to the skills of the lady, which is not true. You can’t forget your pace of work by merely taking a break for a few weeks. Maternity leave should be considered as a break and not a gap in one’s career life. Also, this results in a much lower pay.

Many women, after the pregnancy, don’t know that they might be suffering from Postpartum Depression (PPD). This is caused by various reasons like lack of support during pregnancy, difficult to cope up with the change in life or in career. Now, I agree to the fact that this may or may not be linked to the professional part of life, but the dynamics of the post pregnancy treatment in India can be a driving factor for the depression.

Though biologically, a mother bears the responsibility of bringing a baby in the world, but post pregnancy it is the duty of both the parents to share the responsibility for the same which is not being the case and it is evident by the proposed less paternity leaves for father.

The recent Maternity Benefit (Amendment) Act, 2017 allows a woman to take 26 weeks maternity break amending the previous leaves of 12 weeks. This also includes a proposal to provide creches (a nursery where babies are cared for in working hours) for the mothers by the organisation. As it is paid leave, the mother is liable to receive the full salary as proposed. The act is applicable to all the organisations who have 10 or more employees.

While this seems to be a rosy law, the act provides with no punishment who violates the guidelines. The law expects the organisation to be self regulated. So, there is no question of who to blame for its non-accountability.

Why don’t organisations abide by the law?

The application of the law by the organisation strikes with one hurdle of paid leaves of six months. The organisation does not want to use their profits for paying maternity leaves. Also, if the female employee is the sole person handling a work then a temporary employee has to be recruited to do her work.

There is also growing concern of employees trying to recruit less women in their workforce. But reducing the female workforce is not the solution though.

In some countries, the salary is being borne by the government entirely or is being subsidized and rest is paid by the organisation.

So, what’s the solution?

The law itself is a solution but it needs wider acceptance and enforcement. It also needs the regulation acting as a watchdog on these organisations who is not abiding for the same. Also, a little emphatic professional help by colleagues won’t harm and will help new mommies deal with change. Creches should be available in the organisation as it will prove a great helping hand.

To bring to the notice of employers, they should eventually think of the long term profits they will incur from female professionals, resting aside the problem of paying their maternity leaves.

Even daddies need to get that privilege to care for their babies and so paternity leave should be extended. Awareness of paternity leave is still lacking and many of them don’t avail the leave.

PS – Facebook gives 4 months of maternity or paternity leave which can be taken as you wish throughout the first year of your childbirth (just saying).

It is evident that more the female professionals work the more it can positively impact the GDP curve. Also, this can bring about establishing a social norm where the responsibility of babies is to be shared equally between both the parents. 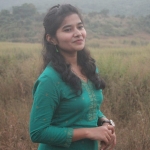 Girl Grown Up = Wedding Preparations? My Mommy Cool Quashed All Queries About Them! Minor Wife Protected From Rape But What About The Major Wife?