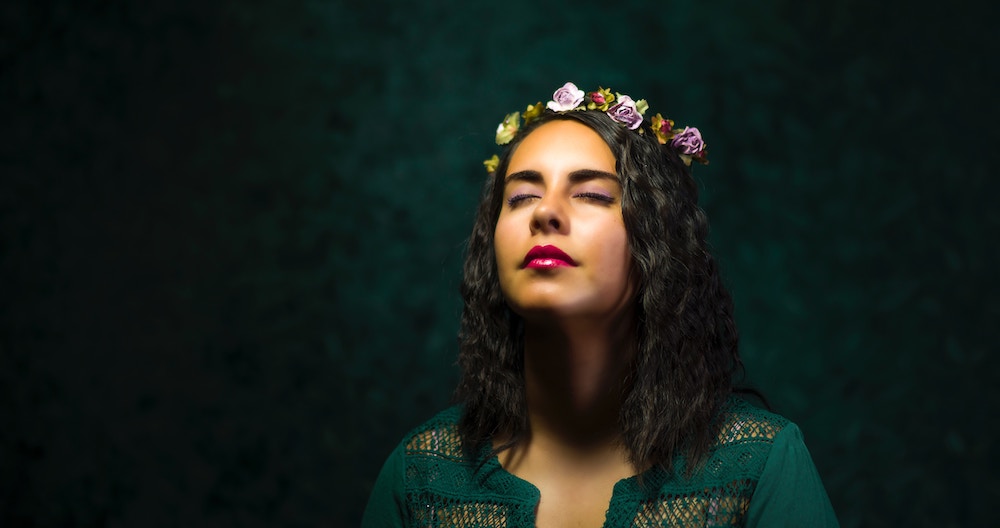 My Ma Might Not Understand Feminism, Yet, She Helped Me Become A Feminist #MothersDay

This beautiful tribute to a single mom who braved huge odds to educate her daughter and raise her to become feminist – we guarantee, it will make you cry.

A few days back, I was standing at the kitchen, cleaning the counter with a sponge wipe and crying my eyes out. My husband, who was carrying the dirty dishes to the sink, noticed my tears and he came and held me.

‘You’re worried?’ He took me in his arms.

With one hand still holding the dirty wipe, I kept my head on his chest and let out one of the loudest wails from the depths of my soul. I don’t remember the last time I cried so hard. Even our dog, Woof, got worried that maybe my husband was hurting me in some way and he started growling at him. We had to pull Woof in between us to assure him that we weren’t fighting.

My mother had been seriously ill with a lot of ailments but what was more worrying was that the doctors couldn’t figure out exactly what was wrong with her even after she’d been hospitalized for more than a week and even after she’d been tested for all possible diseases. I was in Delhi where I live with my husband while my mother was in Kolkata with my brother.

That night while I wiped the kitchen counter, the memories of my mother flooded my senses. It was as if loneliness was a living, breathing creature which made its solid presence felt inside my chest when I imagined a world without her.

I’ve always been afraid of losing my mother

I lost my dad when I was three, and my brother 10 months old. I was always consumed by this irrational fear that, what if something happened to our mother too and we became orphans? Hence, as a child, every evening at 6 o’clock, I’d be standing at the end of the path down our neighbourhood that led to the main road, praying silently for my mother’s safe return. If she got delayed at work one day, there’d be fat tears all over my textbooks while the bell of every cycle rickshaw would raise my hopes that my ma might have finally returned.

Even today when I’m married to a loving partner and am well into my thirties, that same feeling visits me whenever I’m worried about my mother.

She provided me with education much beyond what she could afford

My ma was advised by many to not invest a lot in my education especially since she a was a single mother who had barely managed to secure a poorly paying job at my dad’s office after his demise. They told her to save up for my marriage instead, and let my brother get a good education.

She told those ‘well-wishers’ that her daughter’s education will be all the ‘wealth and jewelry’ that she will carry to her husband’s home, that is, if she ever chooses to marry. “I want her to have the freedom to choose the kind of life she wants to live and for that I know how important it is for her to get a solid education.”

How brave she must have been to think that way when she was barely 23 years old with the responsibility of two kids and with just a high school degree behind her. I cannot emphasize on how instrumental her decisions have been in helping me lead a life of freedom and empowerment today. I married at 32, when I felt the need to get married. I studied for as long as I wanted (achieved two Masters degrees) and worked in whatever field I chose to without anyone ever telling me that I was of a ‘marriageable age’ and needed to get hitched soon.

My mother might not understand feminism so well, yet, she helped me become a feminist by letting me have all the choices and options that she was denied in her own life.

Not everything has been perfect between us and yet, I couldn’t be more grateful for ma

This is not to say that we saw eye to eye on all matters. Far from it! Since life hadn’t been kind to her, she always had this insecurity of being a single mother and hence she was extremely strict with me. When it came to the kinds of clothes I wore or the friends I made, I was severely restricted in my adolescent years. In fact, it was only after I started college that I got my first taste of freedom. We had our fair share of arguments and given the fact that my brother got all kinds of freedom solely by the virtue of being a boy, it definitely made me disgruntled about the double standards she set for both of us.

With age, I’ve realized that it was her way of ‘protecting’ me from the evils of society. Yes, it was hardly the best way but fortunately, these rules and regulations also helped me understand how women are viewed as ‘weak’ in our society and how I needed to break those rules to become the kind of woman I aspired to be.

Time, as they say, is a great healer and with time, my ma kind of understood some of the flaws in the way she’d imposed restrictions on me. Now, when my brother’s fiancee comes over to our place and wears the kind of clothes she likes, I always tell my ma that she had better not interfere with her freedom. The good thing is, nowadays, she listens to me and she has perhaps realized how such impositions on a woman’s choices are silly and unfair.

My ma is the closest I’ll ever feel towards another human being, other than my husband. Every day, I thank God for having gifted me with her. We didn’t have much in terms of money but with the wealth of her wisdom and the power of her love, she helped me become the strong, independent woman that I’m proud of being today.

Thank you ma for being the best mother I could’ve asked for.