Are you an 80’s child? If yes, do you remember playing outdoors as a kid? Did you ever wish those outdoor games for kids could make a comeback? Are you an 80’s child? If yes, do you remember playing outdoors as a kid? Did you ever wish those outdoor games for kids could make a comeback?

Well, we do believe the same. Children nowadays prefer the virtual world to playing outdoors. If we could revive the outdoor games for kids from 80’s, maybe then the children of this age would get an amazing childhood.

Here are some of the outdoor games for kids from 80’s that you would definitely wish to play once again:

Played by making a hopscotch grid (having numbers from one to nine) on the ground using a chalk, this game requires the player to toss a small rock or piece of stone onto Square 1. Hopping over the rock using a single foot or both feet, the player makes his or her way till the end. Then, turning around, player comes back hopping and stop at square 2. Pick up the tossed rock and hop over square 1 to the start. Continue with this pattern with square 2.

Played in a group, the game has a ‘denner’ who runs and catches the other players. The player who gets caught forms a chain with the denner and help him/her to catch the remaining players.

A group of children decide together who would be tagged as ‘it ‘or ‘chor’.  The ‘chor’ or the tagged person then chases the other people in the group; trying to tag those with his/her own hand. If tagged player then becomes the new ‘it’ or ‘chor’.

Dog and the bone

Played in a team of two, this game has an object (bone), usually a handkerchief, placed in the centre of a circle. Two members from each team come forward, and attempt to take the kerchief back to his/her respective team. The one who fails to take the bone loses the game.

Quite popular amongst kids, this game has one player acting as the denner/chaser while the rest of the troop hides itself in the areas defined for playing. Closing his/her eyes, the denner counts till a certain number and then starts seeking out the hidden team members. The caught player becomes the denner for the next round.

One Leg or Langdi Tang

The game consists of a toss between two teams and the team that wins the toss defends itself first. A player from the opposing team shall come forward hopping on one leg and attempts to tag as many players of the other team as possible. The team that tags maximum players wins the game. The game has many variations in different regions and can also be played with a single team.

This oldest outdoor game for kids is played with a small piece of wood tapered at ends, gilli and a large wooden stick danda, used to hit the gilli. The player must aim to hit the gilli as far as possible.

Played with the round glass marbles, the game requires you to collect as many marbles as possible by striking the other marbles with the ones you have.

So, would you like to go back and be a child once again? 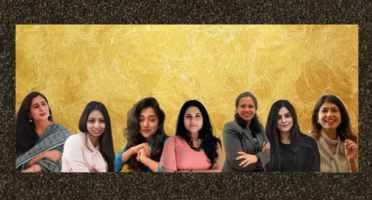 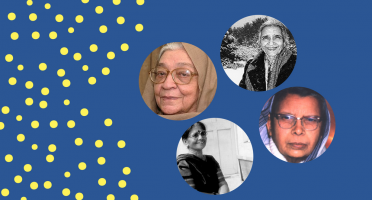