The men in the house consulted and though they were not convinced, it still felt safer to dispatch the women and children to a safer place. 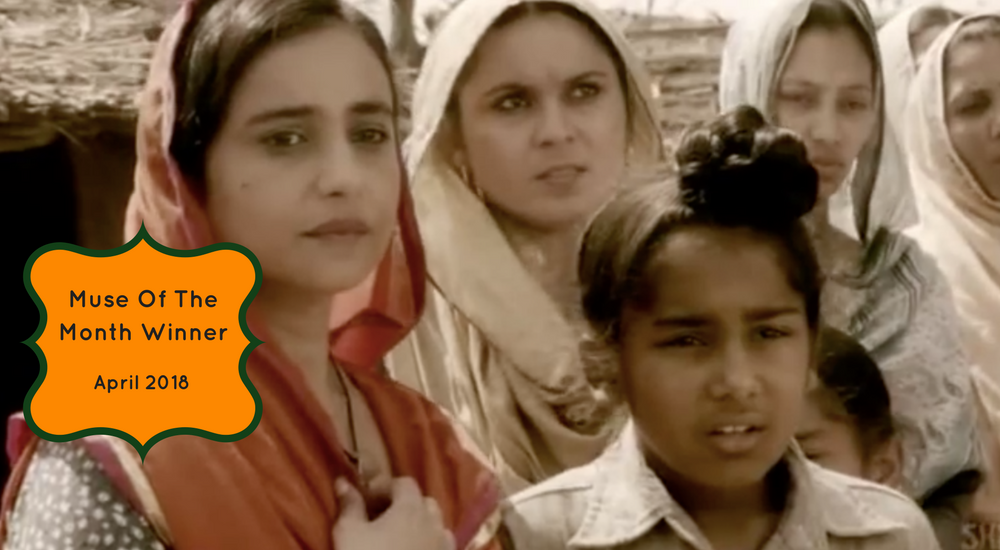 The men in the house consulted and though they were not convinced, it still felt safer to dispatch the women and children to a safer place.

The fifth winner of our April 2018 Muse of the Month contest is Dr Shivani Salil.

“Grandma, what’s a refugee?” I remember a five-year-old mini me asking my paternal grandmother this question. And my grandma, who was otherwise a vision of serenity was taken aback for a split second. Collecting herself, she asked in a soothing voice, “My child, what makes you ask this?”

Somehow, it wasn’t Sharma Aunty’s words but the way she said that had hurt me. Stung by the identity that had been forced on me, I was tearful and in an urgent need to be consoled. And somehow grandmothers are even better than mothers to sense that. She took me in her lap, stroked my hair and tried to explain in the simplest of words that a refugee is one who is forced to leave his home and take shelter in another land.

So there, I’m a refugee. Even though both my parents were born in independent India, in my grandparents’ city, for the longest time my cousins and I were referred to as refugees ke bachche (refugees’ kids). In my innocence I thought it was some sort of a label, a stigma. And the grown ups somehow never wanted to talk about it so we were almost ashamed of our identity.

Last year there was a lot of noise about Rohingya Muslims and that just brought back the memories of this long-forgotten conversation. My grandma is not very comfortable in having telephone conversations so I decided now was a good time or rather high time that I talk to her.

My now ninety-year-old grandma was definitely pleased with my surprise visit. Though her vision and hearing are failing her a bit, but her mental faculties make it up for her.

Patience never was my virtue and the lady sensed my fidgeting.

“Out with It”, she said. “What’s on your mind?” So, age hadn’t diminished her ability to sense that. She just made my job easier!

Forty-year-old me blurted: “Grandma, remember Sharma aunty? The one who had referred to us as refugees, and that hadn’t gone down well with me.”

Grandma (nodding her head): “I remember, of course. But you haven’t come all the way to talk about Sharma aunty today?”

Me: “Yeah, just that today I want to know what exactly was being a refugee to you?”

Grandma sighed and for a while was lost in thought. Rash I was, but I knew better not to interrupt that chain of thoughts if I wanted the answer to my question. My patience was soon rewarded as she recounted, “Refugee wasn’t a term we understood when in the middle of the night our neighbours came knocking, telling us to escape. Pakistan as we now know it, was home for us. How and why should we just get up and leave?”

She continued, “The men in the house consulted and though they were not convinced, it still felt safer to dispatch the women and children to a safer place. So, all of us started the painful job of packing the essential stuff, a little gold, food and whatever we could lay our hands on.”

I knew it must have been tougher than it sounded today. My grandparents’ family owned huge landholdings, orchards, businesses and what not and overnight none of this mattered. Safety took precedence as everyone strategized how to leave in batches.

As they made the painful journey with scores of other, to cross a border that they knew had never existed, almost overnight they became refugees. “Shivani, I can never tell you in a word what refugee means. Seventy years ago, it meant helplessness, fear, tears and sorrow of having lost our homes and loved ones. Those refugee camps became our homes and we realised how much more precious that was than what we had left behind. We never had the choice to sit and grieve our losses. We had a life to rebuild, one step at a time.”

She took a deep breath and continued, “Today if you ask me what a refugee means, I can tell you, its courage, a self-belief, will power and sheer hard work to be able to get up, gather and dust ourselves and do what needed to be done”

And suddenly I knew where my grand old lady finds her equanimity from. She always came out as a woman who was never exactly jumping for joy, when good news came and never too dejected either in the face of sorrow. It had nothing to do with the wisdom that comes with the age but that belief that came from taking disaster one step at a time. Not to be overwhelmed with it but to do what needs to be done.

Dr Shivani Salil wins a Rs 250 Amazon voucher, as well as a chance to be picked one among the top winners at the end of 2018. Congratulations!

Header image is a still from the movie Bhaag Milkha Bhaag