The new Criminal Law (Amendment) Ordinance 2018 has stronger provisions for punishing those who rape minors. But are we doing enough to support victims? 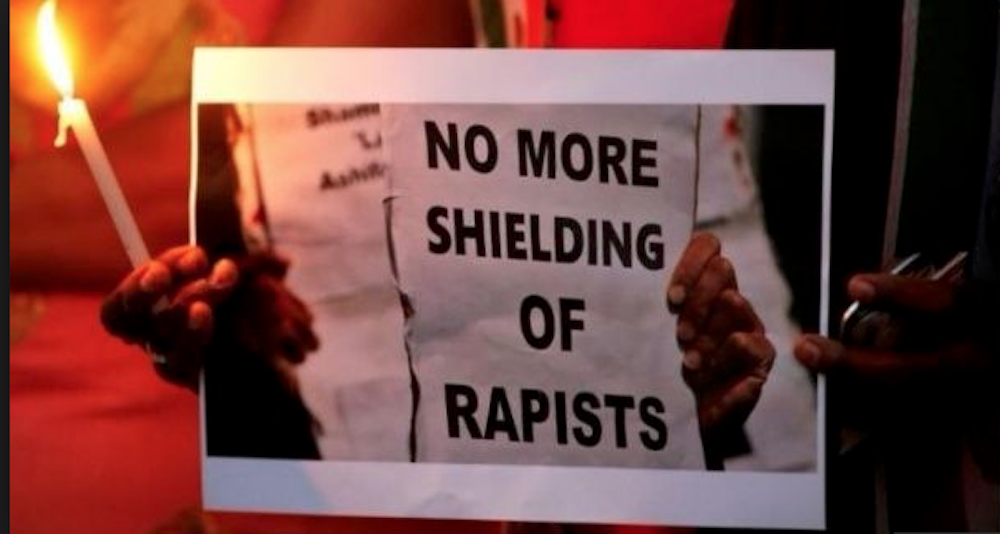 The new Criminal Law (Amendment) Ordinance 2018 has stronger provisions for punishing those who rape minors. But are we doing enough to support victims, when the culprits come from their own homes and neighbourhoods?

After being cleared by the Union Cabinet, the President has now cleared the Criminal Law (Amendment) Ordinance 2018. Among its key measures to counter crime against girls and women, it now provides for a minimum of 20 years’ imprisonment or the death penalty against those convicted of raping minors.

After the public uproar over the gruesome Unnao and Kathua rape cases, and a spate of other cases that have emerged in the last 10 days, including the rape of babies as young as 8 months old – it looks like the official machinery has swung into action.

Contrary to public perception, the death penalty does not appear to be the only penalty provided in such cases under the new Ordinance, but only one option. This again makes me wonder about how the death penalty will be applied – history has shown that the death penalty tends to be selectively applied with the definition of a crime as ‘rarest of the rare’ being quite subjective. I am not making a case for more awarding of the death penalty – in my view, death penalty has never been a deterrence against horrific crimes, as the experience of the US too shows.

Instead, what I would like to talk about is an entirely different subject – that of the monsters in our homes.

We overestimate Stranger Danger and ignore…

As the NCRB data shows, even if we discount the 22% of rapes which come under the ‘promise of marriage’ category, 27% of rapes are committed by neighbours and 9% by immediate family members and relatives, which means – more than a third of rapes are committed by people one expects to be fully safe with. This figure could be even higher in the case of minors, since minors are (relatively) less around strangers than adult women, less likely to travel alone etc.

If followed in practice, I believe that some of the provisions of the new Ordinance can help improving the conviction rate in rape cases; for instance, the provision that all investigations in rape cases need to be completed within 2 months of the case being filed, or that trials need to be completed within two months of beginning. However, one of the fundamental problems that will remain in India for a long time to come, is that of victims actually having the power to approach the police, or when they do approach them, of FIRs being filed without question.

The reality is that we overemphasise ‘stranger danger’ while the monsters in our homes are pushed under the carpet. If known people (family and neighbours) are the culprits in over a third of reported rape cases, what should we imagine of the cases where they are never reported? What power does a victim or even her mother have in a family where the father, often the family breadwinner, is also the rapist? What happens in close knit communities when a neighbour rapes a child, but families living near each other have complex caste and kinship ties and the rape of a girl is in any case, perceived as a shame for her? What happens when victims muster up the courage to approach a police station, but an FIR is not filed, or even if it is, the victim and her family receive no support from law enforcement when they are threatened or cajoled by local leaders to withdraw the case and save the ‘prestige of the community’? What happens when local police too are often part of the same community with all its biases and concerns over ‘honour’ rather than women’s safety? What happens if the death penalty is the most likely penalty for such rapists – are we even less likelier to report such crimes?

I am not getting into examining the provisions of the drawbacks of the new ordinance, but the reality is that we are placing too much of our hopes on punishments for the small percentage of crimes that are reported, and not enough on enabling more victims to report. Here are just a few of the things that we need at community levels, and as a country, we are a long way off from providing any of these:

A focus on faster case resolution and consistently stronger punishments is good; but our focus cannot be on perpetrators alone. We have to start thinking far more holistically, beginning with the admission that the monsters are often in our very homes and neighbourhoods.

The provenance of the image at the top is unclear, but it is representative of the many WhatsApp and social media messages on the subject, doing the rounds.