Chak De! India might have the secret ingredient to women empowerment that we all might have been missing for so many years! Read here.

Chak De! India might have the secret ingredient to women empowerment that we all might have been missing for so many years! Read here.

Chak De! India is a Bollywood movie based on the Indian Women’s Hockey Team. It was released in the year 2007 and was directed by Shimit Amin. Though it did not follow a stereotypical Bollywood movie with the gravity-defying stunts or portrayal of lovers singing songs in the gardens or some steamy lovemaking scene, it still was a box office hit. It was featured worldwide and earned a domestic revenue of ₹50,54,00,000.

The movie did not have the best actor or actresses in the world but it had something else that caught the eyes of the masses.

The movie, in short, is about how a Muslim man, Kabir Khan played by Shahrukh Khan- who during a hockey match between India and Pakistan misses the penalty shot. The ruthless media doesn’t spare him; each sportsperson shakes hand with another at the end of the match, and the picture of Kabir Khan shaking hands with the Pakistani captain in papers is enough to label him anti-national.

Post seven years of his banishment from the Indian Hockey team, Kabir is given a chance to coach a team of sixteen young women for the upcoming World cup tournament. The head of India’s hockey association Mr Tripathi, played by Anjan Srivastav happily gives Khan the charge to train these women, as he thinks women are made only to handle domestic chores and that sports is a far cry.

Khan meets the team of 16 women from different states of India, who are divided in the name of competition and regional bigotry norms. The team includes Komal Chautala a rural from Haryana who lands up fighting with Preeti Sabarwal from Chandigarh. Preeti’s fiancé a Vice Captain of the India National Cricket team demotivates her for playing hockey as he thinks Preeti will be better known as a wife of Vice Captain where deep in him he had a fear Preeti might outshine him in sports.  Short tempered but with a childlike innocence, Balbir Kaur with no knowledge of other states bullies Rani Dispotta and Soimoi Kerketa from remote villages of Jharkhand. From North East India Mary Ralte from Mizoram and Molly Zimik faces racial discrimination while enrolling them for an entry. Vidya Sharma another hockey player is given a choice by her husband either to choose hockey or adhere to his demands. Then there is a senior player Bindia Naik who refuses to listen to the coach’s instructions. 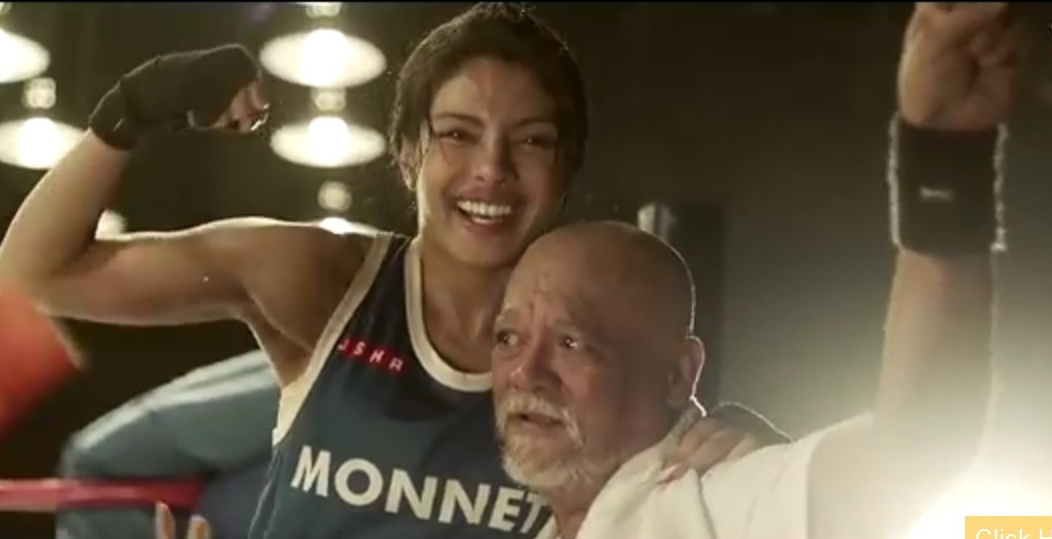 5 Bollywood Movies That Are All About Indian Women In Sports. Watch! The sixteen women refuse to follow Khan’s instructions for their accommodation and end up fighting with each other. Khan realizes that the women lack team spirit and instead of thinking they are from one country, India, they prefer talking in terms of states. He also perceives that the team can win only if they overcome their internal wrangles. He arranges the rules of the game as per the strength of each woman, but instead of listening to their coach they again land up in brawls with each other.

Kabir proves to be a tough coach as he gives them a gruelling schedule which includes running for ten kilometres in the morning, several knee exercises, stroke practices and also playing under the scorching heat only to improve stamina. He chooses Vidya Sharma as the captain of the team which angers Bindia as she feels, the coach and Vidya are in a relationship. Bindia starts a revolt against Khan and ultimately succeeds in removing Khan from his position as a coach.

It was during his last day at the camp he takes all of them for a farewell lunch to McDonald’s. While all the women are sulking, given to the fact they will be losing a good coach. There, a guy passes a lewd comment on the girls from North East and then all hell breaks loose.

The women retort to those callous guys with punches, rods, chairs, tables and also with their bare hands. It was only this time Khan sees the unity among the team. He doesn’t interfere in the fight but only stops a guy from hitting a woman from behind as he says to that stupid chap there are no cowards in Indian Woman Hockey Team. Following this, the women apologize and request him to remain their coach. Khan trains them and they all listen to him including Bindia though she still carries hatred in her for Khan.

After the team is fully equipped for the championship they face a new challenge. Tripathi refuses to send a women’s team to Australia and prefers men as he feels the girls are born losers. Here Khan takes a tough stand and makes a deal with Tripathi and arranges for a match between the women’s and men’s team. The women proved to be tough fighters with men and lose the match by one point. While Tripathi feels elated with this success the sportsmen bows their head in honour of the women. The women team is ultimately sent to Australia and after several uphill battles, internal conflictions but within the period of several matches they gradually unite themselves and no longer see each other as a competitor and win the World Championship. Khan regains his glory and returns to his home along with his mother.

The movie is a perfect feminist watch.

Khan, a man, thinks women are equally tough and strong as a man. They are not commodities to wash linen and cook food for their husbands.

Preeti shuns her fiancé and chooses to play. She refuses to marry him given to his misogynistic attitude towards women.

Vidya too prefers sports and doesn’t go running back to her husband who had given her choices either to be a homemaker or just play hockey.

Though initially all the sixteen women fought among themselves, trying to drag one down and compete but they regain the team spirit that women should unite and fight the battles together.

The men’s team who wins against them too bow in front of the women, as they felt the women were no less than them.

Just the way Khan realizes women can win the game unless they overcome their internal scuffles, we all should be doing that too. We women should never be jealous of one another. We women are equal, some may be good in studies, some may be good in sports, some may be good in weaving and lot more. And also be independent. Never give in to the unnecessary drama by your man. Also if you get a character like Tripathi who thinks women are a commodity just shut his mouth with a punch as those women did when another indurate chap made some stupid comments. They are scared of your talents so they deter you to follow your passion or dream. Just ignore these callous characters. Last but not the least, if you want to choose a life partner, choose a man like Kabir Khan who proved he is a true feminist fan and he also knew women are far superior and equal like a man. Be the one who you want to see in others. The best is not the best forever. To see the world things dangerous to come.  See behind walls draw closer to find each other and to feel THAT IS THE PURPOSE OF LIFE. We women should help each other and that is how we can fight out this misogynistic society. UNITE!

Header image is a still from Chak De! India

Choreographer Saroj Khan passed away earlier today. And if you too wanted to groove like her, here are 10 of her famous dance moves for you!

Choreographer Saroj Khan passed away earlier today. And if you too wanted to groove like her, here are 10 of her famous dance moves for you!

Legendary Bollywood choreographer Saroj Khan left this world on the Friday (July 3, 2020) around 2 am. The 71-year-old veteran succumbed to cardiac arrest. With ‘Masterji’s’ death, an entire era of Bollywood has come to an end.

Stories from South or East India are now finding favour across the country as Padman and Mary Kom show, but people who look like us are still not! 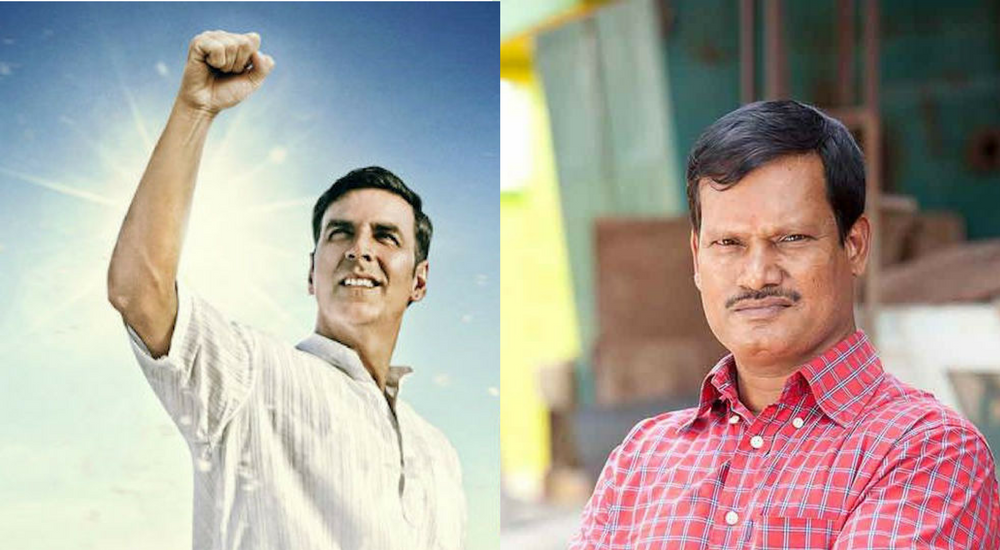 Stories from South India or East India are now finding favour across the country as Padman and Mary Kom demonstrate, but people who look like us are still not welcome!

Akshay Kumar starrer Padman, due to be released on February 9th is already creating quite a buzz for dealing with the taboo subject of menstruation. Padman is a biopic based on the life and story of Arunachalam Muruganantham, the man who created low-cost sanitary napkins for women.