Don’t Miss Out On Any of Our Best Reads, and Contests. Register Now!
ReadSocial Issues

“Soldiers Will Die Every Day: Words That Wound More Than Sabres!

A soldier may be paid to fight as part of an army, but does that mean his death can be brushed aside so callously? 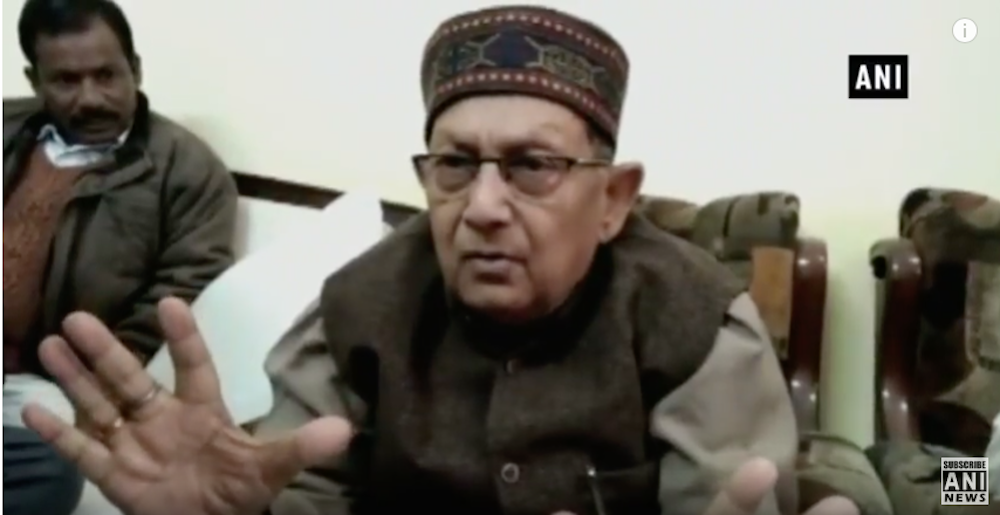 A soldier may be paid to fight as part of an army, but does that mean his death can be brushed aside so callously?

“A broken bone can heal, but the wound a word opens can fester forever. ” – Jessamyn West

Recently, five brave men of the Central Reserve Police Force laid down their lives in Pulwama after they fought off three terrorists who had been holed up in their training centre. This was post midnight, when the rest of the country was either sleeping peacefully, or busy wishing their near and dear ones. While crackers exploded at midnight to signify the joy of a new year, there were five families about to be shattered, as their loved ones, clad in uniform, were fighting three deadly terrorists. After a 36-hour gun battle, the three were dead, but five precious lives were also lost.

“As long as men take oaths to achieve their goals, courting even death in the bargain, it will be difficult to make a place absolutely impregnable. For it is the fear of death that makes a man retrace his steps, and when that fear is snuffed out of him, he becomes the deadliest weapon ever known. For then, there is no stopping him ever”, goes a line in my book, Arms And The Woman.

However, his statement got lost as another member of his party, a seventy-seven year old, who would have been expected to have inherited a sense of dignity and wisdom in all his seven decades of living, suddenly made headlines with his thoughtless and callous words. 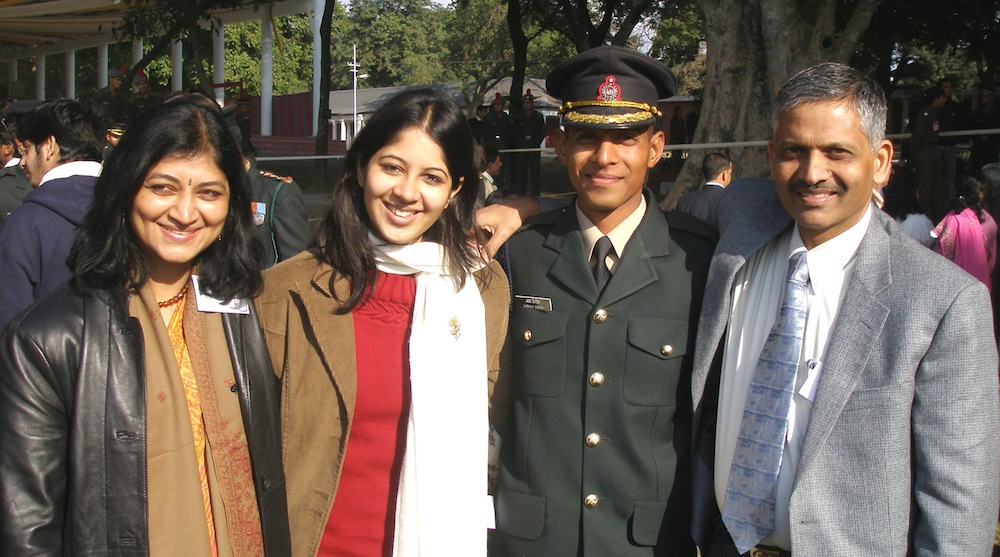 “Soldiers will die every day. Is there a nation where army-men don’t die? When there is a scuffle in a village, someone is bound to get injured,” the lawmaker from Rampur responded to reporters when asked about the attack.  Adding insult to injury, he went on, “Is there a device that stops bullets? Is there anything that can stop death? If so, we will get it prepared.”

An outpouring of outrage on Twitter and on all other social media platforms erupted, and rightly so. One could not fathom a fatality caused by a terrorist attack being compared to a scuffle in a village! A nation in mourning for the martyrdom of valuable lives reacted in honest indignation, causing the lawmaker to retract his statement with the usual, humdrum excuse.

“I have not insulted the army. I’m sorry; I apologise, but I have not said any such thing.”

However, the damage had already been done. As the ruling party distanced themselves from his statement, there was a further clarification straight from the horse’s mouth: “I was saying that the scientists are trying to discover any device that can help safeguard the lives of the soldiers.”

How far have the lawmakers of our nation fallen when such statements are thrown around so casually, hurting the sentiments of all right-thinking, patriotic people in the country? This is not the first time when members of the ruling party have used harsh language and made unthinkable statements, only to retract them later. What makes this unforgiveable is the fact that the party in question distances itself from the culprit, without strongly condemning what he has said. Perhaps, that is why motor mouths within the party continue to do what they are best at – make statements that wound the sentiments, much akin to throwing stones at a beehive. They then take cover behind their parties, even as the bees swarm around in a fury, but finally settle down, till the next outrage.

Maybe, there should be a class taken for these erring souls, (for there are going to be many, many more, given the number of motor mouths in the hallowed ground of politics), a class that teaches them what to say and how to say it. There is definitely a mechanism that helps one to use one’s brain faster than one’s tongue; it is called common sense.

Thus, it is time that some wise soul with tact and diplomacy reined in all these venerable souls who put their foot in their mouth every time they open it. It is time that respect and reverence are shown to those who serve the nation, and their families, who walk on a razor’s edge each time their loved ones venture out on dangerous missions. It is time that, if a man talks nonsense, he is condoned and chided in public, so that others may guard their tongues in fear of the same treatment.

“There comes a time when one must take a position that is neither safe, nor politic, nor popular, but he must take it because conscience tells him it is right.”- Martin Luther King Jr.: A Testament of Hope: The Essential Writings and Speeches

Top image via this ANI video

Words have always played a vital role in my life. Short stories, poetry, humorous pieces or full-length novels... I love them all! Having been read more... View All
No More Guilt: Exploring The Ways In Which You Can Shed Mother's Guilt
Steps To Landing Your First Writing Job - Want To Be A Content Writer?
What Are The Essentials Of Being A Good Content Writer?
Women At VMware - Meet Ipsita, Inside Sales Representative At VMware India
Women of VMware - Meet Afifa Hasan, Enterprise Sales Account Manager for VMware India
Women Of VMware - Veena Chandrashekar, Director, Inside Sales Practice
Books

Blurb: The iconic dome of the Taj, charred on the first night of the siege, is long rebuilt, the bloodstains in the concourse of the railway terminus washed clean. But across the country, a few hundred people still bear the scars of 26/11, having lost loved ones in Mumbai’s worst ever terror attack. The pain hasn’t dimmed even after a decade but survivors have grown in courage and resilience. 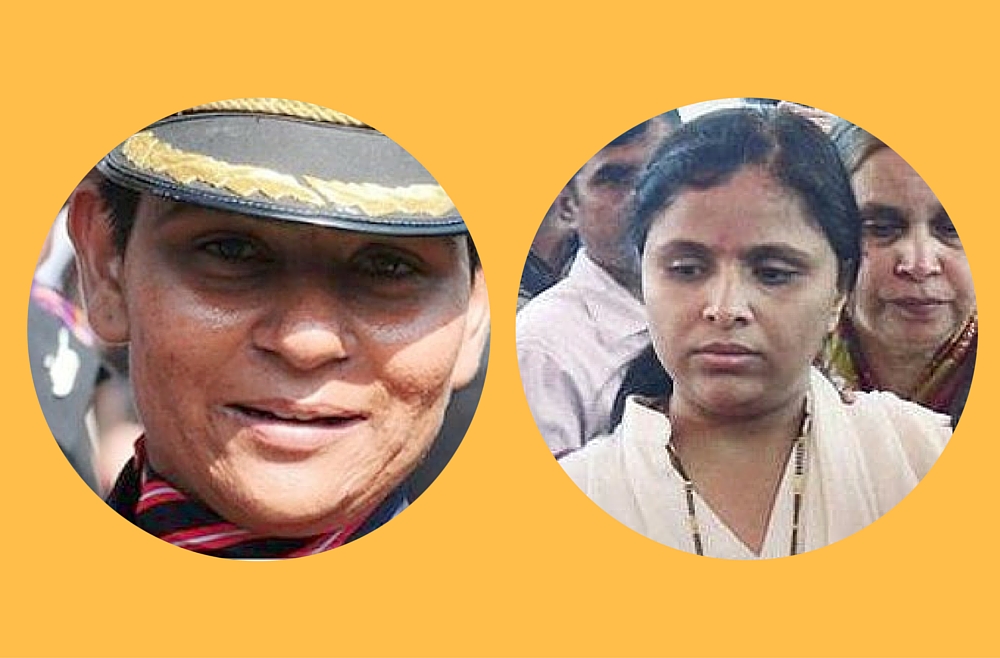