Here’s Why I Am The Badass Woman @ Work – Make These Your Mantras Too!

There's no denying that women have it harder at work, but being the badass woman opens new doors for you! Here's to smashing that glass ceiling. 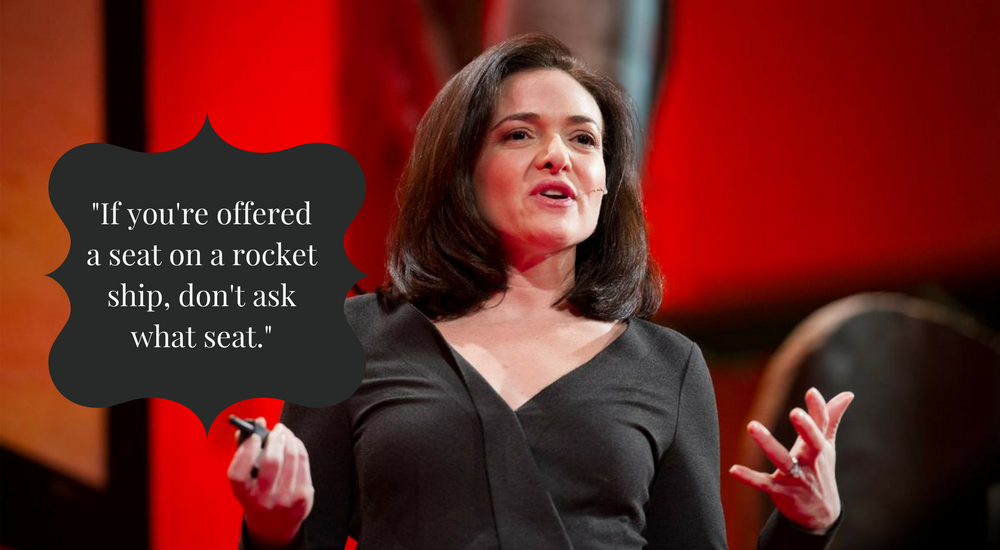 There’s no denying that women have it harder at work, but being the badass woman opens new doors for you! Here’s to smashing that glass ceiling.

I opened the Sunday Times to devour its contents hungrily – one of the perks of the weekend is being able to read the newspaper leisurely as against a weekday when I am in a mad frenzy with the toddler tugging at my dress and me trying to scan the front page, the business section and the global one in a speed reading session with one eye on the clock ticking by.

This Sunday though I was disappointed, reading about the shocking percentage of women in India that are in paid employment (27%) as against China which tops the list with (64%) and the US (56%). We are marginally ahead of Pakistan and the Arab countries – well, that’s nothing to cheer about given the pathetic state of women in these countries. It left me with a morbid feeling; I wasn’t really expecting the stats to be so bad given the host of  measures MNCs are taking to promote gender diversity.

I do not want to get into why’s of it but rather look at this meagre 27% of which I am a part and ask – do we have it easy? Right from fighting the misogynistic people around, to being mansplained and shouting our voice hoarse to make a point and being accused of being too emotional, its akin to walking on a tightrope. Thinking of the past 10 years I have spent in the corporate world, I sometimes feel we are partly responsible for it – by succumbing to whatever is meted out to us and not being vocal, we are only encouraging the culture to remain as is. That’s when I made a conscious decision that I will do my bit, in changing the workplace culture. Not by shouting my voice coarse or joining a feminist march but by saying ‘NO’, challenging the stereotypes in my own way without throwing a fit and bit by bit, day by day, from one woman to more – I firmly believe things will change.

I am not the official cake cutting person at birthdays/farewells

Doesn’t it irk you that whenever there is a social gathering and after the person in who honour it is being held has cut the cake, and the song has been sung, someone will randomly call a female employee to cut pieces of the cake for everyone? I never liked doing that job even when I was young for fear of messing up the cake. I really suck at such things. I would just duck behind someone or pretend to be busy on my phone. Later, I started finding it odd as to why only women are asked to do this job. Lately I have started suggesting to people – let each one cut a piece for himself/herself and have it. I was glad to see that people were fine with the idea. So women, unless you really revel in cutting slices of cake for others, its time you just open your mouth (other than for eating cake).

There was a time when I was intimidated by a huge crowd in a meeting room – it had nothing to do with the gender of the people. The moment I had to speak, I had sweaty palms, my stomach churned round and round, I had this fear that I would fart out loud. I hastily spoke what I had to and prayed that there we no questions. As I grew in my career, the boardroom had fewer women and more men. I am in a situation now where we are just 2 women but talk, ask questions, challenge and can be heard as loud as the men. Women are often sidelined in meetings. Sheryl Sandberg had once said that women fear to take the head seat the the table – that fear needs to go. I have even gone to the extent of holding up my hand against a guy who was interrupting me and said very clearly and calmly, “Let me finish”. Trust me, once we learn to speak for ourselves, and stop being intimidated, a major battle is won.

Don’t make it all about her mothering

A man/woman meets a working mom – the question asked in all probability would be, “how are your kids? How’s their school going?”. Why not ask her, “How’s the project you are working on? Do you need help?” How often is a dad asked, “How are your kids? How as their exam? I am not saying it’s never asked to a dad but he would often be asked about work. Is it something to do with the way we are wired? We look at a working mom as a mother first, a working professional later. I make sure I ask the same set of questions to working parents, regardless of gender.

Not your party planner

I remember a few years back I was in my appraisal discussion and one of the corniest things that was listed out was how well I have been managing the cab bookings for any events, taking visitors out etc…to be honest, this was a job thrust upon me! Being a non party person I never had an inkling about which pub served the best handcrafted beer so I was spared of booking the place but there were a host of other things like arranging cabs, making sure people board them in time, coordinating, etc of which I wasn’t spared. While the guys did this work too, most often you found it to be women. Some men even had the audacity to joke about it saying that’s what women are good at – not technical but secreterial jobs. So when I joined a new place, I was quite clear about being completely clueless about picking a place. Luckily I found people to be more accommodating here, which worked well for me. I have also resolved that if such a situation arises in the future I shall be open about my preferences and not shy away from saying a “NO”.

I own my career, and my success

We own our career – it’s not built overnight but requires years of perseverance, dedication, a good network and of course, being damn good at your job – this goes without saying. As a woman, when it comes to a promotion, especially as we move higher up the ladder, I find that we are often unsure about ourselves. There is no such perfect checklist but given a high level list of 10 points – a woman who can give herself a perfect tick on 8 will hesitate to go and talk to her boss about her promotion. She would rather wait till she can tick all the 10 and then decide to talk. That could mean a year lost while her subordinate or junior picks up that promotion. A guy on the other hand may tick 5 boxes but would he shy away from having the talk? So what if I have never done this role, is there any reason why I can’t do it now? This is one reason many women lag behind in promotions. Even when it comes to new jobs, women are less confident of selling themselves for a role which is different from what they have been doing.

I was one among them – not anymore. This does not mean I have become overconfident or that being a blogger and having a flair for writing, I would just use it to sell myself at my workplace. I make sure I do the best job and make doubly sure the people who need to know about it, are aware. I set tangible objectives, have discussions with my manager, ask open ended and specific questions, seek feedback, and don’t shy away from talking about my next level.

Being a woman, a minority at the workplace is not easy by any means, especially as you move higher up the ladder. However I firmly believe that the way people treat you depends to a large extent on how you treat yourself. So, instead of just complaining in the washroom, next time make sure you speak up in the boardroom – loud and clear.