A few years ago, I became a solo traveller. This year I chucked up my routine media job to become a freelance columnist and a travel writer with my own book coming into print soon. 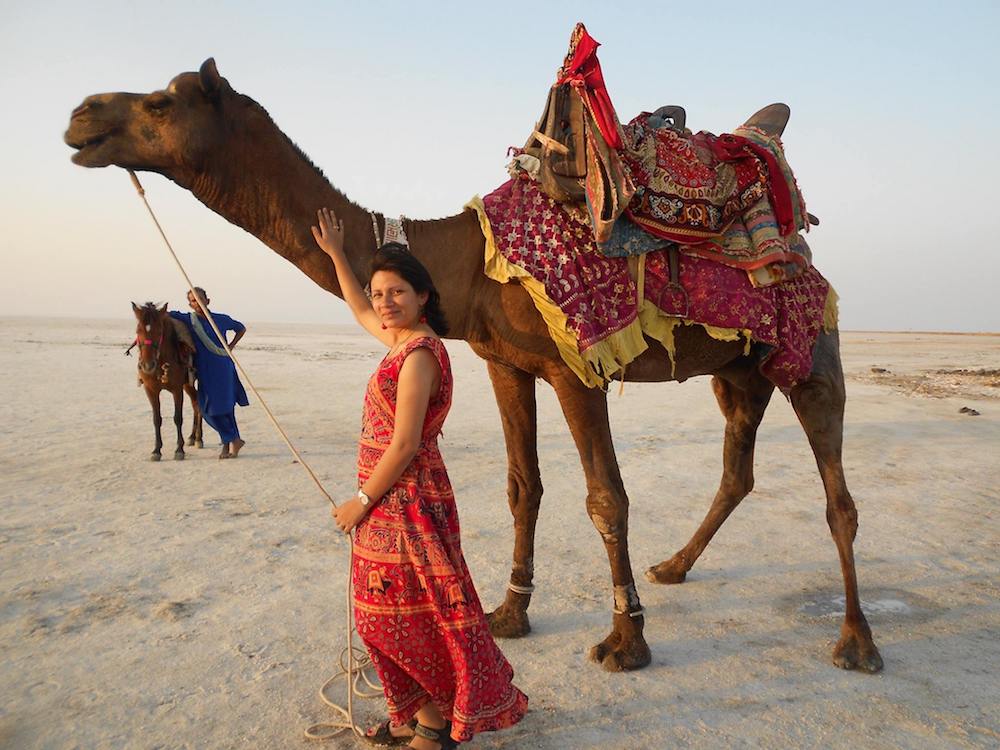 A few years ago, I became a solo traveller. This year I chucked up my routine media job to become a freelance columnist and a travel writer with my own book coming into print soon.

I began travelling alone, pushed by my husband, only since 2015. And every solo trip has not only invited me stares but strange questions as well. The simple usual ones like…

“Are you married? So where is your husband?”
“Don’t you feel scared?”
Or the more grilling ones like…”Aww, how come you in-laws allow this?” “Are you separated from your husband?”

These pointed arrows have become a part-and-parcel of this solo-travelling married woman’s life, who has now become a travelogues writer as well, besides being a freelance journalist. Yes, though these questions are part of a normal shower of arrows at me, it doesn’t take the sting away from them, each time they come flying to my ears & mind.

While my husband pushed me to this “liberating journey”, I fail to understand why the world thinks women need a bodyguard or for that matter a chaperone to travel along? If I can go to my office alone (OK, OK I know I work from home now, but I have been going to office for 15 long years!)…if I can go for shopping alone, then why can’t I backpack to travel alone?

At times I fire-back these questions to those who raise their eyebrows at me. A few tender an apology, others pass-me-off as a tomboy whose husband sulks sitting at home while I have fun alone. Some even think I am inviting trouble, since my husband now has all chance and time to wander off to “ANOTHER WOMAN” in my absence!

How low can human mind think?! I wonder and try to hold my tight fists from flying out of control, but then tongue is mostly a free bird to retort. Giggle…

But after a few hours I just let the incident pass off like a loose motion…because I know I gain even from such experiences. I Strongly believe travelling/travelling alone is liberating.

And after two years of extensive solo-travel, I find no joy can compensate the love of discovering new places; being close to history and nature; learning about new cultures as well as write about it….and motivate others to do the same. In short, after each travel experience when I get accolades for my travelogues – both from my readers as well as my chief-editor, I feel like a SHERO! I was simply a dedicated-to-work tomboy before my first solo-travel experience. Two years up the line I have grown up as a human being having become more tolerant not only to the diversity of earth but also to human nature. And it had to happen, no? After all that’s what you learn when you make friends across cultures, religions etc.

A 17-year-old Buddhist monk who taught me meditation in a better way at Dharamsala. And now loves to exchange mails every time I come back with a travel story.

A 60-year-old Yoga teacher who corrected the way I used to perform Pranayam and is in turn learning English from me online, sitting in Chennai.

A 30-year-old motivational speaker who is trying to teach me how to speak slow, to make myself heard across affectively (Yes, by default I speak very fast. Laughter!) I have made these and more special & unbreakable bonds across all ages…cultures and regions.

Or may be I can say–I have become more complete within myself…I have become independent in the true sense of the word…and above all tolerant towards fellow human beings irrespective of their origin and faith of practice/culture.

And also a bit FAT too!

Yeah, the foodie in me is no-holds-barred when it comes to tasting all kinds of cuisines at the places I visit. In fact savouring different cuisines happens to be my favourite part of travel, be it solo or with my husband/family.

What more? Out in the wilderness, all by myself has made me rediscover myself which was covered in dark layers of the unknown due to a mundane routine as a TV journalist. I decided to hand over the baton to be a free bird in March 2017 and gifted myself an extensive solo trip, much longer than all in the past, in August 2017. Since then there has been no looking back. I have grown as a writer. I have begun writing poems again after a seven-years gap! Sharing a few lines here from one of the poems dedicated t0 the courage of my single-parent mother, published at not one but THREE very reputed international platforms. An except from the first poem I penned during one of my solo travels:

When present was dark and future… wrong,
Existence was no longer a melodious song.
When Life seemed only a stormy… steep hill,
Among the clouds – dark and still.
Heart was low and hurdles high,
Lips longed to smile, but eyes would cry.
I paused, breathed and gathered my wings…I did not quit, I am a woman
Took the final flight with all my might… I did not fear, I am a woman.
Courage propelled my wings when I was hardest hit,
I am a woman, but I never quit.

So, what stands in front of you today is an awarded freelance journalist who is penning her first book and already has 16 internationally published poems to her credit, which are getting her rave reviews. Thus, I urge all you fellow ladies – it is time to stash away some cash, make a budget that suits it, wander away and rediscover yourself! You won’t regret it — I promise! Do share your queries/ experience in the comments column below. Will be happy to answer each one personally!