If A Wife Is Not Chattel, Why Is Hadiya, An Adult Daughter One?

The Supreme Court's recent judgement on the Hadiya case 'allowed' her back to college. However, aspects of the judgement as well as the way it is reported, are unsettling. 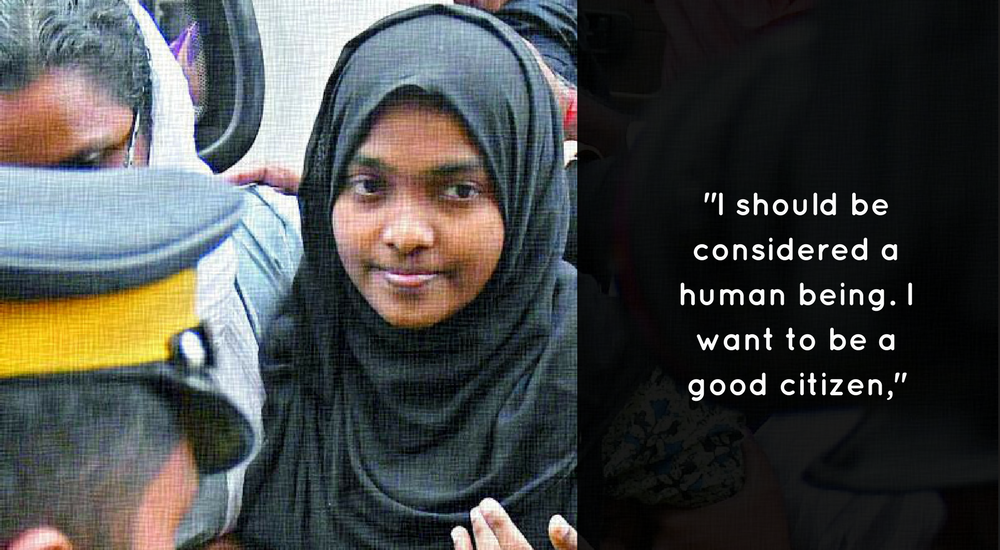 The Supreme Court’s recent judgement on the Hadiya case ‘allowed’ her back to college. However, aspects of the judgement as well as the way it is reported, are unsettling.

Following the recent Supreme Court judgement on the Hadiya case, here are a few questions that need to be raised, both about the judgement, and about the way the case has been reported in the media.

Can alleged indoctrination be sufficient cause to suspend individual liberties? The hinting of such a caveat is itself dangerous. Further, if that were to be an interpretation of the law (which one, though?), then almost every citizen is under the scanner since ‘indoctrination’ is all around us, perhaps under more acceptable terms such as lobbying and propaganda.

Daughter is not chattel either

If wife is not ‘chattel’, as the honourable judge admonished Hadiya, is an adult daughter one? Moreover, did Hadiya’s desire to be united with her wedded husband deserve such a response where her clearly stated desire was not taken seriously by most?

Hadiya is her name

It is perplexing why she continues to be referred to in many media reports as ‘Akhila alias Hadiya’, as if her self identity, repeatedly asserted by her, is open to public opinion, not least parental and court approval.

What is this business of being ‘allowed’ to return to college to complete her studies/internship? If that is what it is, then it is an admission of her confinement, and the injustice she’s had to endure. Why is our reporting language unable to grasp the appropriate verb, which ought to be that she is free to return to her chosen life? She needn’t be allowed by anyone.

It is worrisome that Hadiya’s freedom has been hedged on the completion of studies to become a doctor. What if the circumstances were different and she had already finished her studies? Would that have taken away the reason to protect her freedom and rights?

Why is the mention of Shafin as her husband qualified by quotation marks and the word ‘alleged’. Their marriage may have been anulled, but not because either consenting party wished it to be nor did they break any law by getting married.

Hadiya’s faith, grace, poise, courage, strength and determination are all qualities that more young women should learn from. And the terrible injustice she has faced so far must be seen as a warning sign to every young woman’s autonomy in the country.

The weight of the system, complete with patriarchy, Islamophobia, gender discrimination, majoritarianism, judicial discrimination and unjust confinement, has been used to shut her down.

She refused to allow it.