Her brother had laughed and said that courage was for the rich. What would she do if she left her husband, where would she live? Her brother had laughed and said that courage was for the rich. What would she do if she left her husband, where would she live?

Rohini walked as fast as she could, but the welts on her legs hurt with each step she took. She did not want to be late to Soumya Madam’s house. She would understand, but Rohini could not bear to see the knowing look in her eyes, each time she made her excuses for the delay. She avoided Soumya’s gaze as she went straight to the kitchen to prepare breakfast, instead of their usual morning chit chat. Only when Soumya left with Nikhil, did Rohini heave a sigh of relief. She took the tea and poha, and settled down to her breakfast.

Rohini had been shocked when Soumya had first told her to make breakfast for three, every morning. For herself, her son Nikhil, and for Rohini. “I know that you must be not eating anything at home before coming here,” she had said. It was not something Rohini had ever seen before, even in these posh flats, inhabited by the most educated and modern people; it was unthinkable for a maid to use the same glass as the family.

She did not tell any of this to the other maids who worked in the apartment complex, whom she chatted with at the end of the day. They talked the same things, how expensive everything was, stories of husbands and families. But they always spoke the most of their employers. Each one thought that their Madam was the most demanding, the stingiest and the laziest who did nothing herself. Fortunately, she did not have to join in the charade, because when it came to Soumya Madam, the maids were interested in gossiping about her personal life.

“Do you see any men in the house?”, was their favourite question. Rohini knew that it was of no use saying anything. Soumya herself had told her, in her usual upfront manner. She had divorced her husband when Nikhil was a baby. It had been five years, but she was still the target of the neighbourhood gossip. The irony of the situation always troubled Rohini. So many of these maids, and also the “Madams” in the complex were victims of domestic violence and dowry demands. Yet they wore their marital status as a badge of honour, it did not matter how educated and affluent they were. And berated women like Soumya before going home to yet another abuse.

Rohini wished she could be like Soumya, wished she had her courage to fight for herself. She had tried talking to her brother, asked for his support to walk out of her marriage. She had even cited Soumya Madam’s example. Her brother had laughed and said that courage was for the rich. What would she do if she left her husband, where would she live?

She had stayed silent when Soumya had tried to inquire if she was alright, on the mornings she showed up with a swollen lip or a scar on the face. Soumya had once gently said that there is a point we must stop accepting injustice, and then move from there. But she had looked at her with a blank expression, and Soumya did not bring up the topic again.

It was almost evening. Rohini had finished all her work, the peaceful day a balm to her wounds and turmoil. She just had to go to pick up Nikhil. His school bus dropped him across the road, and she would bring him to the house, feed him snacks until Soumya returned. It was their routine for so long now.

Nikhil was telling Rohini about his day, when suddenly a hefty man with a mask came in front of them with a knife. He grabbed the little boy’s other hand before she could react. Everything went in slow motion, The knife near her neck, Nikhil’s fright, his school things tossed on the ground. The man laughed, “You can go. You are not his mother anyway. His mother can pay to get him back”. He pushed her down, lifted Nikhil and started running

Rohini felt herself rise, and run towards them. Nothing was going to happen to Nikhil who was in her care. She kicked the man with all her strength, and prised away his knife. She picked up Nikhil, who had also fallen down, holding on the knife. Scared, not knowing what would happen next, who else would come. Miraculously, just at that time, Soumya’s car turned up, and with her honking, more people. The masked man escaped in the confusion.

It was all still a blur. Soumya hugging, crying, thanking her. The rest of the people applauding her. Soumya taking a dazed Nikhil to the house, asking her to come too. Her own voice that she would rather go home instead.

Was it really she who did this? The same woman who silently endured abuse after abuse, thinking this was her fate. Courage was all along within her, she found it today.

Ten years later. Rohini is dressed in her festive best, she is on her way to Soumya’s house. She doesn’t have time to visit as often as she would like, she has her own beauty parlour now. In Soumya, she found a friend who helped her stand on her feet. Nikhil, now fifteen, is growing into a fine young man, and she couldn’t be prouder. Today, is a happy day, she is getting Soumya ready for her wedding. 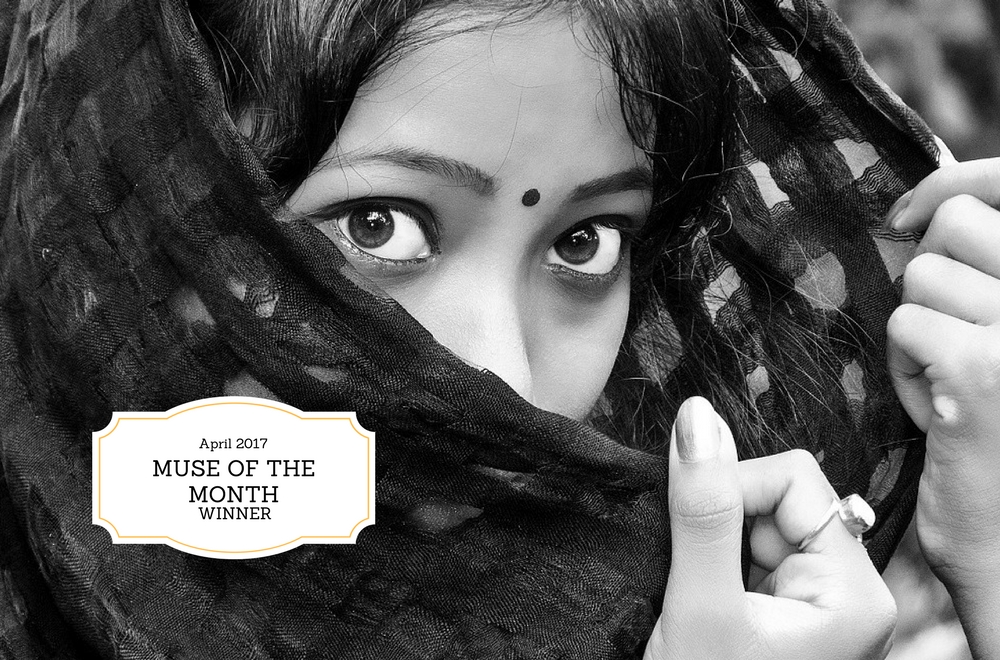