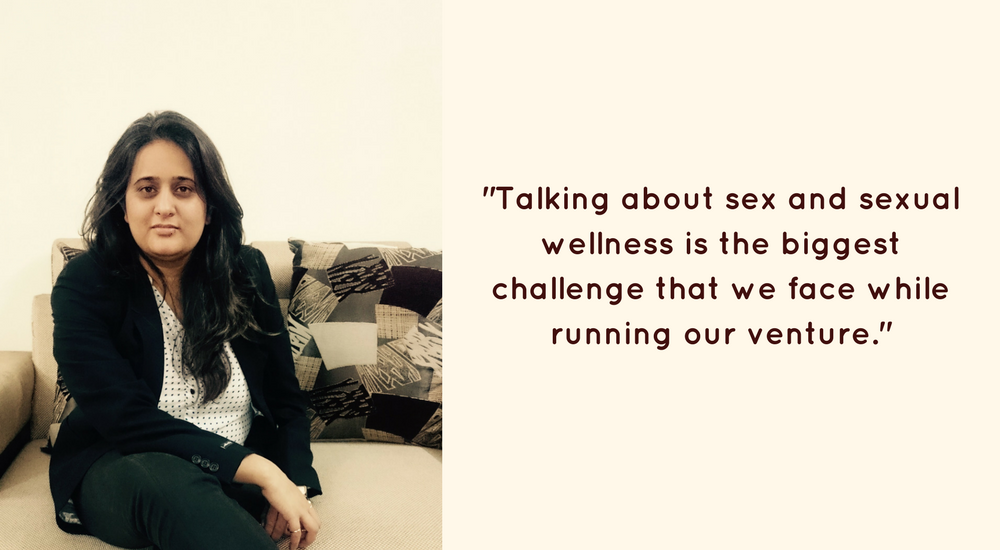 Entrepreneur Divya Chauhan Wants More Indians To Stay Naughty {And Do It Safely!}

Entrepreneur behind adult product store, itspleaZure.com, Divya Chauhan is trying to break open the strong taboos around sex in a country like India.

“The desire to promote healthy and safe intimate relationships and help couples add fun, excitement, and passion in their relationships motivated us to start this venture”, says e-commerce entrepreneur Divya Chauhan, and you know that her journey can’t have been an easy one.

After all, sex is a pretty hush-hush topic all over the world, but especially so in our country. The world may have moved on to talking about it, but we clearly haven’t yet and to start a venture based on sexual wellness and pleasure, is therefore a feat of its own. Divya Chauhan is one strong woman who deliberately chose to stand against the current, to do what she wanted to.

Launched in January 2016, itspleaZure.com with its ‘Stay Naughty’ tagline is her foray into the world of e-commerce but in a distinctive manner. As Divya says, “I consider our venture to motivate all of you who are thinking of trying out something different, something not yet socially acceptable, but still right!”

Now, successful it wasn’t always for her. She talks about how tough it is to work in a field such as this in an extremely rigid environment like ours. Narrating the experiences of telling her family about her work, reaching out for hiring and not being given many social media responses, Divya says, “Initially, these reactions hurt us, then annoyed us and now they amuse us.” They have gotten used to the “weird looks, uncomfortable silences and remarks” and now encourage people to go ahead and do what they want without thinking about the reactions they might get.

Their key products are adult sexual wellness products ranging from basics like lingerie, condoms, to adult toys and games. She adds, “Apart from this, we are also focusing on educating people about sexual wellness, and how to use these products. We aim to promote healthy and safe sexual practices.”

Lowering inhibitions, one day at a time

She adds, “Talking about sex and sexual wellness is the biggest challenge that we face while running our venture” and this is a barrier they continuously strive to overcome.

Aiming to reduce inhibitions regarding sex in tier-II and tier-III cities, Divya says that she has “noticed continuous increase in acceptability towards couple intimacy in Tier 2 and smaller towns. During the last six months, in terms of sessions, three out of top ten cities are TIER II cities – including Ahmedabad, Lucknow and Chandigarh. Together they contributed around 10% of revenues.”

Working for almost 16 hours a day, and fighting all the taboos on a daily basis has paid off for her. She describes her high moment of work when they received their first customer review and “helped one of our customers plan a surprise for his wife. This customer actually called us from a remote area where most courier companies don’t provide service; we used speed post to deliver the product!”

They have also improved a lot since the time they began. Divya tells us about how the average delivery times have reduced from 7 working days to 3-4 working days and the coverage has been increased by almost 50%, which is a very tangible improvement. Their products, too, have been improvised upon along with new innovations. “Based on different analysis, we have now separate products for couples, females and males. We have introduced some new products including Lovely – an app based wearable couples’ product. Also, with the release of ‘Fifty Shades Darker’, we introduced new products in our Fifty Shades collection.”

Divya Chauhan is a perfect example of never giving up on our goals and working towards them with consistent efforts. As she puts it, her key learning is:

“Perseverance for what you believe in. Things did not go right the first time, but we carried on and continued to give our best till we achieved the desired results.”

Divya Dinesh Wants Every Woman To Feel Beautiful. Here’s What She Is Doing About It