What’s This All Woman Crew Of The Indian Navy Upto? Find Out And Cheer!

The Indian Navy just sent an all woman crew of 6 officers on an attempt circumnavigate the globe! We are excited for reasons more than one. 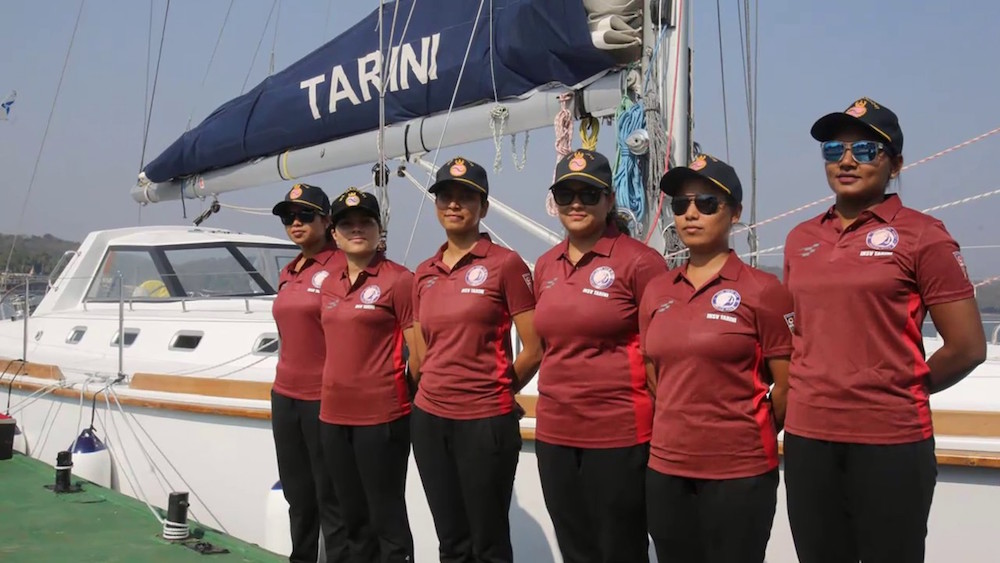 The Indian Navy just sent an all woman crew of 6 officers on an attempt circumnavigate the globe! We are excited for reasons more than one.

“This is not an occasion which can happen once in five years, once in ten years. This is a historic day for India. A historic day, which will be marked in navigation history and globally,” Sitharaman said, after flagging off ‘Navika Sagar Parikrama’, the official name of the circumnavigation effort. (source: India Today).

This moment, indeed, cannot be described without using ‘historic’ more than once. An all woman crew of the Indian Navy has left to go around the world! This news, coming sometime after the news of woman being finally allowed to take on battle roles in the army, shows the prospective path of gender equality that the Indian defense establishment seem to have embarked upon. It is good news for the country as a whole to follow this path of enthusiasm and progressiveness.

The defence space has always been exclusively male dominated since the time it came into being as a modern domain. These recent steps seem to have been coming from a liberal set of ideals which are ready to re-negotiate the heavily gendered space of defence. The whole country highly appreciates this new undertaking and we hope for more such decisions to become concrete in the coming day and age. Giving women their due, and women taking their due which has been pending for centuries is everything we long for! Three cheers for the Indian Navy for sending these powerful and bold women to the literal sea of opportunities. It is even more appreciable when we consider that it is only very recently (in relative terms) that women have even been fat of any of the 3 wings of the defence forces.

Are their any other rules and regulations relating to the defence forces which seem outdated to you? Comment below and let’s help further this discourse as enthusiastically as it has begun!

Watch the the launch of Tarini below:

(Top image is a screen grab from this video)