When You Think Of Army Jawans, You May Soon Think Of Women Too!

The recent announcement by Army Chief General Rawat on inducting female jawans into the Indian army means a last hurdle for women may soon go! 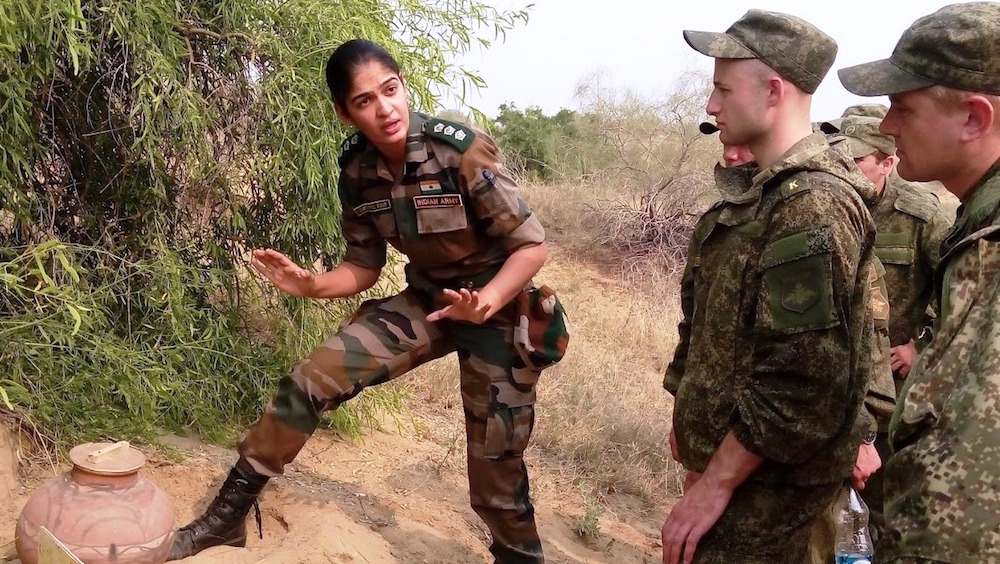 The recent announcement by Army Chief General Rawat on inducting female jawans into the Indian army means a last hurdle for women may soon go!

Things are looking up or women who want to join the army. In an optimistic turn of events, fighting roles in all sections of the army may soon be opened up to female applicants. This is a huge step towards gender equality in one of the most male-dominated professions of the country.

Women have been a part of the Defense forces for a while now, working in other sectors. This is the banishing of the last wall. Army Chief General Rawat has said that the process has already started and is moving fast. “I am looking at women coming as jawans. I am going to start it soon. Firstly, we will start with women as military police jawans,” he said, as reported by The Hindu. India will then be one of the very few countries which have allowed women into their armies as fighters.

The hype around this piece of news is not only because it moves towards accepting women out of their stereotypical places but also because it means that we are taking a step away from treating women as objects of ‘honour’. This de-objectification of women is an important aspect of the decision. Historically, when a place was invaded, women were taken along with valuable items because they were (are?) looked upon as tokens of honour. Raping the women of a kingdom meant a more shameful defeat for that place, and subconsciously this mentality has been carried forward in the form of keeping women in the same space as invalids and ‘things’ to be protected. And that is exactly the anxiety behind letting women have combat roles in the defense system. The attachment of women with the respect of the country meant that if they would be captured in war, it would mean that the country had lost their ‘amanat’. This decision to consider female jawans empowers women by placing them in a different light, as capable humans who can defend themselves and their nation. This power is both metaphorical and literal.

This move is worthy of applause and if everything goes fine, could be a boost to the confidence of the female population and a feather in the cap for India. However, putting things on paper is one thing and acting upon it is entirely different. If we hope to move towards the actually shattering the glass ceiling then it is imperative that the implementation is just as fool proof as the policy. This could, indeed, be a revolutionary step towards a better society.