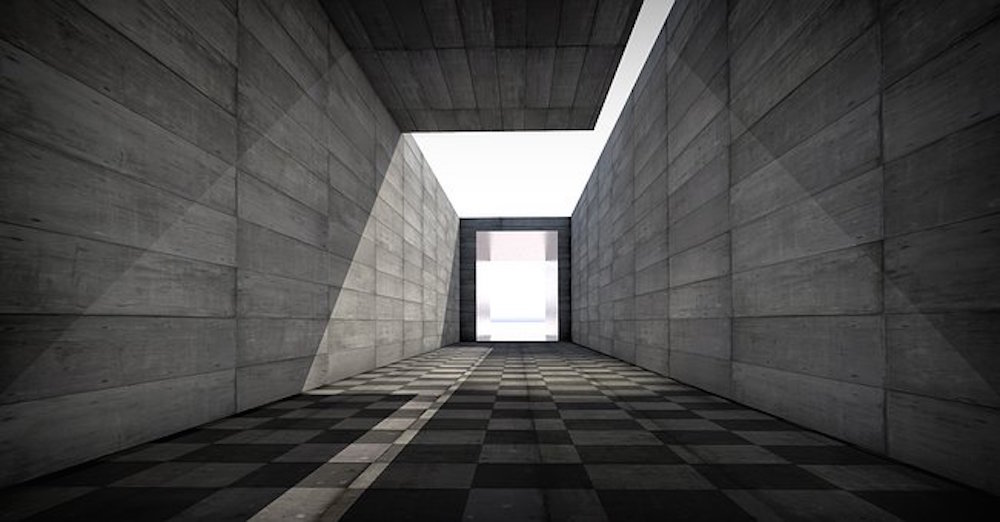 When The Building Opened Its Doors [Short Story]

‘Posh’ buildings hide a whole lot of hypocrisy, sexism and classism behind them. A story of the scenes behind the classy facade!

Nishi walked up to the 64 storey high rise. It was one of 4 towers, a part of the newest housing society in Malad East. It was the only completed tower. The rest were still being constructed.

Her sister, Nikki, was planning to return to Mumbai after living in the USA for 8 years. She was pregnant and, she and her husband, wanted to raise their daughter in Mumbai, where they themselves had grown up. They wanted her to grow up close to family and in a place where they would not be foreigners, a place Nikki associated with all the warm and fuzzy feelings conjured by the word home.

Nishi looked for the sales office. Nikki wanted her to check out the place and find out the price and payment and completion schedule for apartments in the towers still under construction. The location was perfect, halfway between where her parents and in-laws lived. Nishi spotted the security guard. “Bhaiya, sales office kahan hai?” She asked.

Following the man’s instructions, Nishi pressed the button for the 9th floor on the elevator. That’s where the building lobby was. The lower 8 floors were for parking. As Nishi exited the elevator on the 9th floor she faced several doors. Which one is the sales office, she wondered. The security guard had not specified it. She decided to start with the door on the left side of the elevator.

She was about to open the door when she saw a notice board. She decided to check it out. There was a notice about drivers, maids and other domestic help not being allowed to sit anywhere on the premises. They must, especially, not be seen in the lobby area or gardens. What about the maids who did multiple jobs and had to kill some time between jobs, Nishi wondered. And what about the drivers? Were they supposed to sit inside the car all day? Nishi was disgusted with the attitude of the society committee.

Clicking her tongue Nishi opened the first door. She could hear voices. There was some sort of meeting going on. Clearly, it wasn’t the sales office. Nishi was about to shut the door when she heard something that piqued her curiosity. “Do you think you can just come here and have affairs with our husbands?” A lady shouted in Hindi. Nishi could not resist the urge to find out what was going on, so she opened the door a crack peered in.

Inside, there were about 30 women standing around. 3 women stood on a pedestal. “Do you think we will let you get away with it. We will watch you and get you fired and call the police if you ever do anything suspicious. You better focus on your jobs and don’t you dare even talk to our husbands,” one angry lady on the pedestal was shouting. Nishi couldn’t believe what she was hearing. This had to be a joke, right?

Suddenly a voice from the crowd of standees could be heard. “Madam when you go to your office, is that what you do with your bosses? Why would you think that we come here for anything other than work?” Nervous giggling was followed by hearty laughter. Nishi grinned. You go, girl! She wanted to say.

That’s when one of the women on the pedestal thundered “Silence!” Everything became quiet. “You, Savitri, are fired and you will not be allowed to set foot on the premises again. I don’t want to hear back chat from the likes of you. The jobs here are the highest paid in this area. We pay well so we don’t have to put up with your uncivilised attitude. Keep you mouths closed and heads down, do your work and leave. Am I making myself clear?”

Nishi did not wait to find out what happened next. What she had heard had made her nauseous. She wanted to just get away. But when she turned she could no longer see the elevators. Where did they disappear? She never had a good sense of direction, but this was ridiculous. She decided to try the next door. May be it would be the stairwell or may be she could ask someone there.

As she opened the next door she almost choked on the dense cigarette smoke coming out of the door. She coughed but no one heard her. Inside were 4 men playing cards and smoking. They talked in loud voices. She was amazed she hadn’t heard them through the door. “Can’t believe how many women smoke and drink these days. The world is going to the dogs. Just a few months ago there was that girl who had rented 505 A. She came home at 11:00 pm with two other girls and a man. They were all smoking. The girls too. How disgusting. Then, God alone knows what they did in her apartment till 2:00 am.” Mr. Enormous Mustache said.

“Dragon Behenji had her evicted. At least the Dragon is good for something,” Mr Bald sniggered. “She is on the society committee and she won’t let anyone rent their apartments to single working women. We can’t let those filthy females invade our reputable society.”

“Oh, I am sure that wench of a widow is good for a lot more,” Mr Toothless winked lecherously and all four of them snorted and laughed.

Nishi shut the door alarmed. She absolutely needed to get out of this hell hole.

She was afraid of opening the next door, but what else was there to do? The elevators had disappeared. This must be a bad dream she hoped. With no other course of action, Nishi opened the next door. This time she saw a tastefully decorated apartment. But then the sight on the dining table shocked her. A woman with dead eyes lay limp on the dining table while a man had his way with her. “There is no such thing as marital rape,” he said. “If there was, what would be the point of getting married. Women who believe in marital rape should never get married. They should just go knocking from door to door with a consent form when they get randy.” He laughed like it was the funniest thing he had ever said and then he climaxed.

Nishi closed the door in horror. What was this awful place and would she ever be able to get out of here?

There was still one more door. “Please let it be the fire escape,” she prayed. This time the door opened into a coffee shop. She knew the building had one. May be she could get a cup of coffee and calm down. But then again she heard a conversation. “Homos disgust me, man. They are so creepy. I mean you never know where they are and what if they grope you at a bar or something. They must be desperate for action.”

“Yuck! Stop saying such gross things. I’ll have nightmares man. Pansies give me the heebie jeebies.” He shuddered.

Suddenly Nishi understood something. All these people were just like these two. They were not strong or scary. They were frightened. Frightened of a changing society, insecure about their social position, worried they may not be attractive, terrified of something they did not understand, something so unfamiliar that they found it creepy. Fear made all these people monsters. Desperate to regain control, they clutched on to cruelty and name calling.

Nishi shook her head, sighed, and closed the door and then the strangest thing happened. All the doors disappeared. Behind her were the elevators and in front the glass door to a sales office. Even the notice board had disappeared.

Confused, Nishi walked into the sales office. She got all the information Nikki wanted. As she waited for the elevator to leave she felt dazed. Had she been hallucinating? Should she see a neurologist?

Just then she spotted a crumpled paper on the floor. She picked it up and straightened it out. It was the notice she had read on the notice board when she was hallucinating. Nishi was confused. She entered the elevator and almost gasped. Inside were Mr. Enormous Moustache and the nasty woman on the pedestal. There was no mistaking them. Those faces had been burned into her memory.

What was all this supposed to mean?

It was as if the building had tried to reveal its deep dirty secrets to her. The hypocrisy behind the shiny exterior and modern amenities. Nishi wondered if Nikki had factored all of this into the rosy picture of Mumbai she carried in her head resulting from her sheltered up bringing. Then again, may be, Nikki was just afraid of being a foreigner and if one really thought about it, these problems were hardly unique to Mumbai.

As Nishi hailed a cab, she noticed the woman with the dead eyes. She had packed up her possessions and was leaving. Her eyes were no longer dead. They twinkled with the joy and terror of breaking free.

You Can Always Count On Me… That’s What Friends Are For!