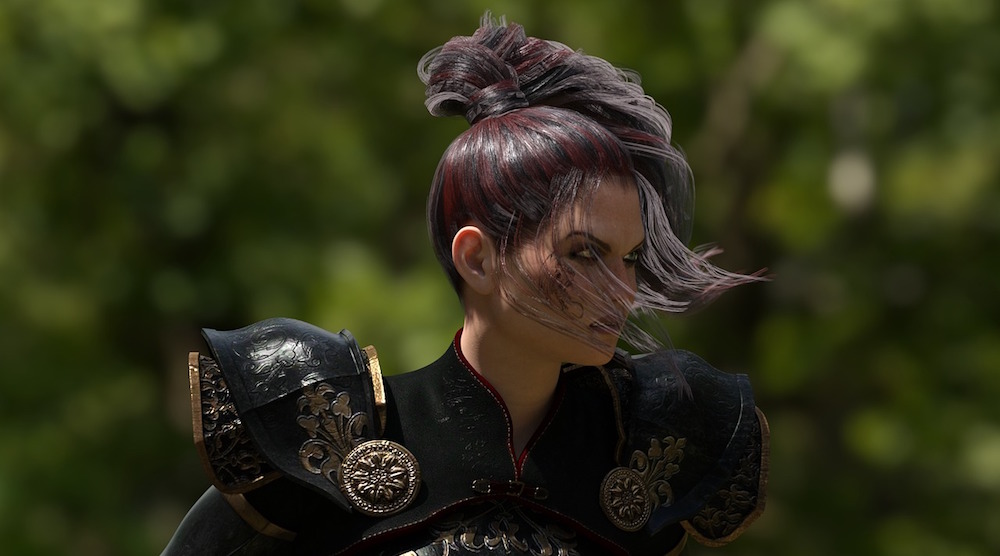 An interesting excerpt from Devi Yesodharan’s Empire, a novel about a Greek girl in India, Aremis who grows up to be a fearsome warrior. In this excerpt, the Chola emperor Rajendra gets Aremis, now his bodyguard, to secretly arrest a Srivijayan spy.

(Read on to the end to participate in our ongoing blogathon, inspired by Aremis!)

I am there at the stables early. I turn down the stable hands, straddle the horse myself to give me time to plan. I collect the things I need and, before I climb the saddle, rest my face against the horse to listen to its steady, steadying heart.

I wrap my face with cloth and ride the horse down King’s Street. I have chosen to start at twilight, when people are still in their beds and guardsmen everywhere are drowsy from the long hours awake.

I check the roofs and the windows as I ride, and they stay empty even when the horse’s hooves ring against the stone.

I slow down the horse near a crossing and rein him to a tree trunk. I walk the rest of the way. The house is marked by a sign placed there yesterday, a large pale stone and a small dark one, side by side, near the door. You miss it unless you know what to look for.

The door is barred from the inside, and I circle the building, looking for a window. I find a high one. The brick wall is etched deeply in the current fashion of merchant houses, which gives my fingers and toes enough grip. When I reach the window all I see is an empty hall. There’s another window higher up, so I climb over to it. I am now thirty hand lengths up from the ground. But it pays off: a man is inside on a bamboo mat, fast asleep. There is a young woman with him who looks restless, tossing and turning. I assess the risks and make up my mind quickly. I lean into the window ledge for support and take out an arrow, stringing it into my bow. I shoot it into his neck so that the drug acts fast, before he can even wake up. The woman sits up at once as I knew she would and turns to where the arrow had come from, her mouth open, ready to shriek.

I deepen my voice. ‘This has nothing to do with you. Don’t scream, or I’ll have to fire an arrow into your neck. Get up and leave.’

I have calculated correctly that she is a temporary flirtation, possibly paid for. She gets up, mainly concerned with staying alive, her eyes fixed on me, not glancing at the prone man. She backs out of the room. When she reaches the steps I add, ‘If you raise an alarm I’ll find you and cut your throat.’

I hear her feet running down the steps and out of the door.

I work the wooden bars on the window. They are old and come off with some effort. I jump in and land on my feet, walk over to the man. He is breathing heavily, a side effect of the draught on the arrow tip. I unloop the rope I am carrying around my shoulder and bind his arms and legs. He is a heavy man, his belly large and skin grey from drinking. I go down the stairs, out of the door and get the horse, bring him as close as possible to the entrance. I scan the street again, looking for spies. I return upstairs, where the Srivijayan is still passed out but twitching. I apply more sleeping draught to a cloth and stuff it into his mouth.

I roll him into the sack and tie him up. There is not enough to cover all of him – he is bigger and fatter than I had expected and his feet stick out. I cannot lift him up either, so I roll him down the steps one by one. I do it slowly but he groans, even in his deep sleep. I wonder what is happening in the dreams he cannot wake up from. The draught is strong and he’s had two doses.

By the time we reach the door, the jute sack is falling off. I crouch beside him and tighten it again. He is sweating and the reek of toddy strong off him. I lift him on to the horse. I very nearly drop him, and at one point his open mouth is right up against my face as I struggle with the weight, and I nearly pass out. I spit Greek curses at him, words rusty from disuse, rearing up from some old forgotten part of me.

We ride back, he like a bound animal stretched out in front of me on the horse, and by now people are stepping out of their houses and see me ride back to the palace, my face still masked, a pair of feet dangling from the opening of the jute sack.

I reach the back gate of the palace where Krishnan and Avvai are waiting. Krishnan looks bemusedly at the sack. ‘Did anybody see you?’

‘The people on the street saw me riding back. But I had covered my face and all they could see of him were his feet.

He looks at me in horror, and I shake my head. ‘It’s better this way. They will speculate endlessly who the man in the sack was. There will be a hundred possibilities and the truth gets hidden amid gossip. If they hadn’t seen me, the girl who was with him would have had space to tell her story. Now, many people will have their own theories.’

Perhaps I should have mentioned all this first in front of the king. ‘There was a girl with him, probably a prostitute. She didn’t see my face either.’

‘Do you have a good reason for not capturing or killing her?’

He eyes me and my horse. ‘Could it be that you were not prepared for two people? What if it had been him and five men?’

‘I have enough draught-covered arrows in my quiver for fifty men. They would have been unconscious before I entered the room.’

Krishnan laughs. ‘You sing like a baby bird who thinks the world is its nest, Yavani.’

I flush and say nothing. Instead I dismount, pull the captive down from the horse. I grip the rope tied to him and haul him up the steps. I try to keep my breathing even. I leave him in the hall and walk to the king’s chamber.

Warrior Women: Participate in a blogathon!

Whether literally like Aremis, or in so many other ways, women are warriors! Share a warrior story of a woman you know – maybe even yourself. Share your post by Sept 10th. More details here.

Excerpted with permission of Juggernaut Books from Empire by Devi Yesodharan, available soon on www.juggernaut.in

The Battle Of The Brothers: An Excerpt From The King Within

Recent Rape And Death Of A 3 y.o. Makes Me Scream: Is India Anymore A Safe Place For Children?