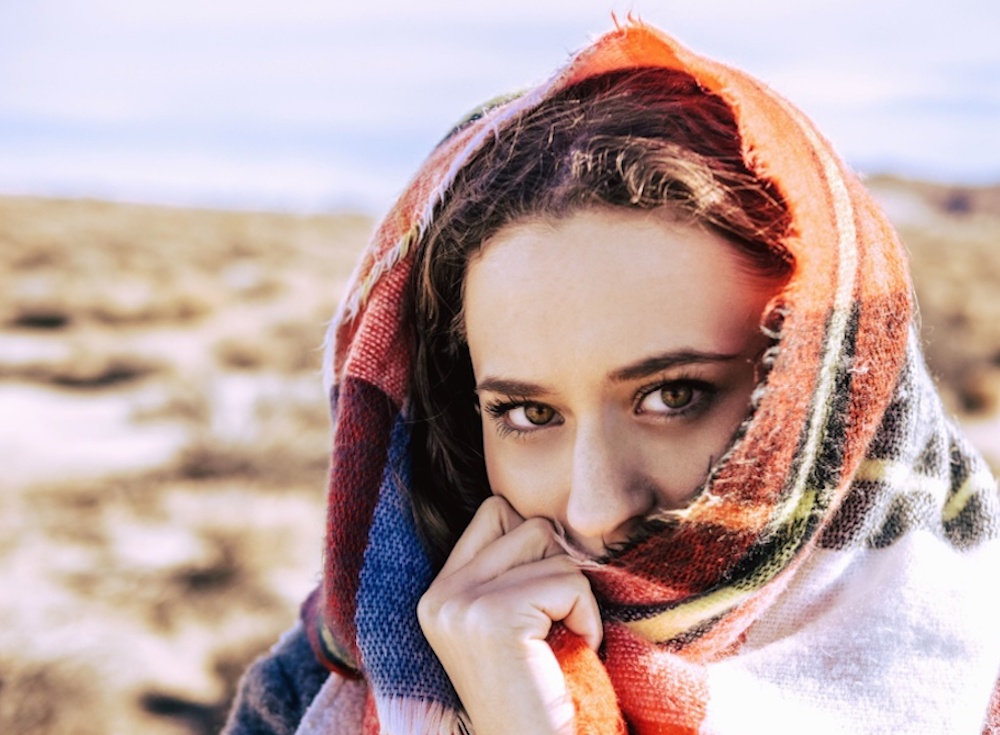 An encounter with a Pakistani woman flying out to meet her husband showed me how we are all just women living our lives in different circumstances.

Last year my husband, little daughter and I made a trip to India from the US, where we currently live. While coming back to the US, we had a stopover in Abu Dhabi, after which began the last leg of our airborne journey. A young lady sat down next to me on the airplane. She was wearing a salwar-kameez and a dupatta over her head, which she kept adjusting from time to time. Beautifully crafted gold bangles jingled softly every time her hand moved.

“As-Salaam-Alaikum!” She greeted me. Her face was youthful and pretty, with a lingering quality of sweetness.

I nodded and grinned, unable to come up with ‘Wa-Alaikum-Salaam’ due to lack of practice and being unsure of my pronunciation. We asked each other where we were from. She was from a small town near Islamabad in Pakistan, from a region that spoke a flavor of Punjabi. I told her that I was from neighboring country India.

When we meet someone for the first time, we sometimes have prejudices about the group that an individual belongs to. But how different it is, looking at a country in a general sense and then zooming in to a sliver cut from it and put right next to you! The individual then becomes as vast as the country itself. At moments like these, I am reminded of the excellent talk by Chimamanda Ngozi Adichie on the dangers of a single story – check it out here.

Timing becomes relevant when it comes to perceptions. At that time tensions were high between our countries, with trouble erupting at the border and loss of life on both sides. I felt an itch to ask her opinion on this sensitive topic, wondering whether I had it in me to broach this subject, potentially opening the door to a flood of complex emotions. However, whatever my internal musings, my actual communication with a person does not reflect any negativity.

“I have two boys,” she said, watching my daughter who was pulling out all the inflight magazines and safety manuals from the compartment in front of our seats. Then the woman’s face crumpled.

“My sons are back home and I miss them so much. We have never been away from each other before.” She said, wiping her eyes. I felt sad and put an arm around her.

She told me that her husband worked in the US and had lived there for many years. He had finally been able to sponsor a visa for his wife. Unfortunately the petitions for his sons had not gone through.

“We will submit a request again in a few months. Inshallah, they will be able to join us,” she said. I assured her that all would be ok.

Soon the plane lifted off. I helped her communicate with the flight attendants since her English was not fluent enough. I showed her how to work the individual entertainment system. Perhaps a movie might help to pass the time. My suggestion? “Bajrangi Bhaijan,” a feel-good commercial Bollywood film in which the Indian hero helps a six-year-old, lost, mute Pakistani girl return to her native country. I know. Sometimes I am cheeky like that!

As the movie played, I patted myself on the back for suggesting something that showed India in a compassionate light and promoted harmony between the two countries. At the scenes depicting the child’s sentimental reunion with her mother, the lady from Pakistan wiped her eyes for the second time since we had met. Then I felt bad at having once again reminded her of her own children she was leaving behind.

The movie got over and she said she had liked it. She remarked how long the journey was (sixteen and a half hours in the air) and as the minutes slowly ticked by, she began to get increasingly restless. She told me that even after landing, she had about a two hour car ride to her final destination. Then she wrapped her shawl around herself and tried to sleep, to no avail.

She would keep inquiring how much more time there was left and her eyes would widen at my reply.

It was an adult version of the children’s pestering of ‘are we there yet?’ She would lay back her head and close her eyes only to shift uncomfortably in her seat.

“Are you sure that the pilot has not turned the plane around and is going in the other direction?” She once asked with a wry smile.

Long uninterrupted conversations were proving to be difficult, with my toddler to manage. Still, we talked when possible.

She asked whether I wore a sari at times. When she asked what my religion was, I gave her the name of my non-Islamic religion. Her face went blank. In all seriousness and with utter innocence she asked whether we practiced namaz (the Islamic prayer). I shook my head, trying not to appear too shocked. If thoughts about having any political discussions had crossed my mind before, I dropped the idea now.

After asking what we do for a living in the US and getting to know about our engineering jobs, she told me matter-of-factly that her husband was not well-educated and worked on a farm. She had never got a chance to pursue higher education either. She had three other sisters. Her parents kept hoping for a son, with no luck. She and a sister had been married off to two brothers within the same family. In her current situation this was proving to be very convenient since her boys had an aunt that was related to them from both parents’ side, to take care of them in their mother’s absence.

Feminist that I am, I found it difficult to keep silent on her lamenting the lack of a son to her parents. “Why is it necessary to have a son?” I asked.

“Oh, but we sisters too, we always wished for a brother. There should be at least one boy in the family …”

My daughter interrupted me just then and I let the matter drop. There was not going to be any use of political talk either. I could sense the difference between us on multiple levels. In our backgrounds, upbringing, opinions, exposures, education, relationships, emotional makeup and opportunities. This is not a comparison with respect to superiority. Each individual’s life is unique and filled with positives and negatives to varying degrees.

I was acutely aware that it was mere fate and not much else that explained the presence of differences in basic rights between us. On whatever aspects that the balance had tilted in my favor due to sheer luck, just because I was born in a place of privilege, I felt sorry for her and for my countless less fortunate sisters around the world. I remembered my Pakistani roommate, from years ago during my student days in the US, envious of the fact that I rode my own two-wheeler freely on Indian streets. (Streets at times rife with sexual harassment, but that is another story and only highlights the point of things being comparatively better or worse).

Coming back to the present, in the stuffy and cramped airplane seat, I watched sympathetically as my co-traveller’s hand went up again and again to adjust the shawl whenever it slid down backwards as it threatened to lay her head bare.

This was an ordinary woman, most probably a secondary citizen in her own country on account of her gender. A mother like me, but one who had left two pieces of her heart behind. A wife eagerly awaiting her husband’s touch after a long period of separation. A bewildered visitor to a foreign country whose language she didn’t speak well enough. And in the present situation, an extremely bored and frustrated passenger!

After what seemed like ages, the plane began its final descent. The sky outside was beginning to brighten as my neighbor peered in disbelief outside the oval windows.

“We are landing soon!” She said over and over again. Her face was radiant, like the day that was dawning outside.

We landed and people rose up from their seats around us. She thanked me for my help as we bade each other goodbye. I repeated my hope that in a few months her sons would be able to be with their parents in this land of promise that lay on the other side of the world.

“Khuda Hafiz!” She called out as we gathered our luggage and deplaned. The long journey was finally over, leaving behind in my mind, the memory of one neighboring Pakistani woman.

“You Are Our Daughter-In-Law.; This Kind Of Behaviour Is Not Acceptable!”