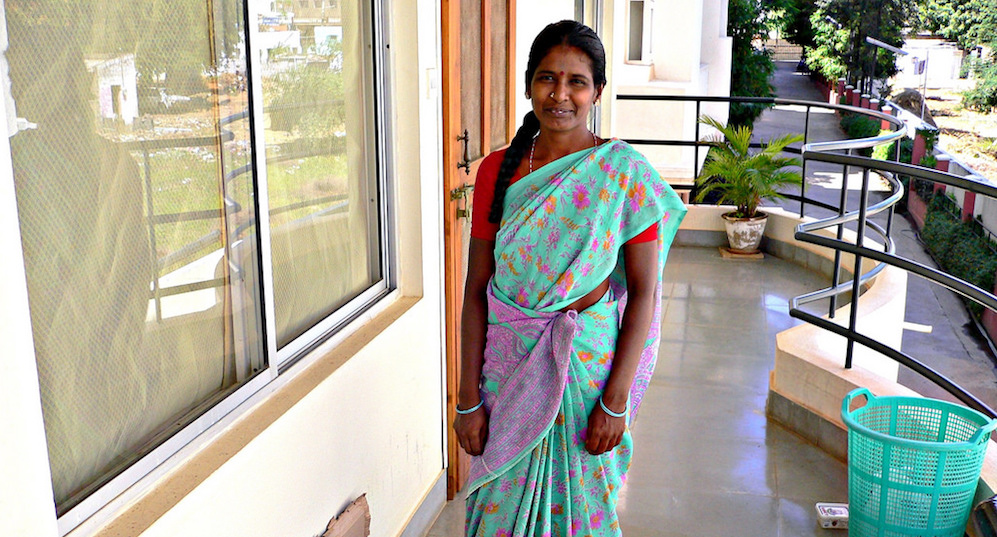 Domestic Helper Locked Up For A Day, And We Ask What She Did Wrong?

The instances of affluent people ill-treating their domestic helper are not new, but is this a new low? #JusticeForZohra

A recent Facebook post by Nilanjana Bhowmick, A Delhi based journalist brought to light an allegedly shocking instance of how we treat domestic helpers – the very people who make life easy for most of us.

“Zohra, a 26 year old who works as a domestic help in Noida. Following a tiff with her employer, she went missing for a day. Her family and neighbors – poor day wage laborers – started protesting and demanding to know her whereabouts, and finally she was found in the boot of her employer’s car, where they had shut her off for one whole day. Noida police, instead of taking action, is now firing at the protesters.” – is what Nilanjana Bhowmick alleged in her post.

While this case is investigated, in general – besides being morally wrong on so many levels, it is ridiculous that we treat the very people who make life liveable for us so inhumanely. The sector of domestic helpers is one of the biggest unorganised sectors of employment all over the country, and the workers hardly get their due. The incident with Zohra is utterly sad and enraging at the same time. Why is it that work for domestic workers is a slippery slope between employment and slavery? It’s high time that we understood the fact that these people are.. well people, i.e, other humans who are just as prone to error as we are. There is nothing godly or superior about us just because we pay them to do our household chores. The only thing that implies is our inability to do it ourselves, nothing about them.

In this instance, there was apparently an argument between Zohra and her employer and due to which they had locked her inside their car boot (or a closet/room – the incident is very recent and still being investigated) for a whole day. If you don’t see a problem in this, then there is seriously something very wrong with you.

There has been a completely opposite version of the same news by DNA India which says that the “villagers attack Mahagun Moderne society in Noida after resident ‘assaults’ maid”, which sounds like the prim bourgeoisie version of the same incident. One question to ask ourselves here is: Even if she was stealing or had been doing something wrong, does it give the employers the right to do what they did to her?

The labour laws of our, or maybe the lack thereof, needs to be addressed at this point and not stack this as another news report in the shelves. Noida police has promised action, and it’s to be hoped those are not empty words. We stand with Zohra!

The Invisible ‘Home’maker: How We Ignore Domestic Workers Rights In India