These Women Threw An All Faith Iftaar For Ramzan. And It Was Beautiful

Will women be the force that brings communities and people together? A lovely account of a women-led all faith iftaar. 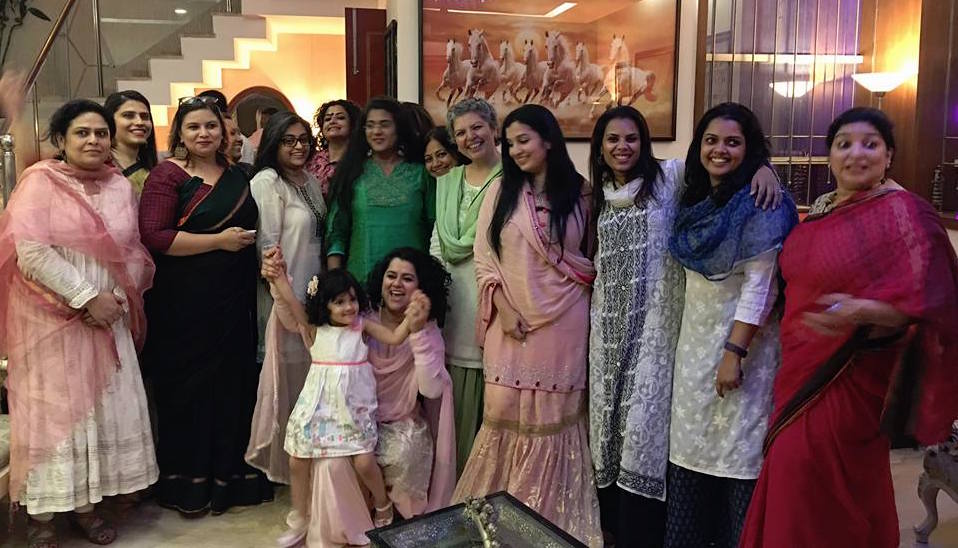 Will women be the force that brings communities and people together in a time where it often feels like we celebrate division more than diversity? A lovely account of a women-led all faith iftaar.

Women will play a pivotal role in bringing peace to the world has been my firm belief for quite some time now. Religious divides are primarily man made, mostly the play of mind and at other times the play of political motivations. On the other hand, it is diversity which is the essential nature of existence.

Unless we appreciate, embrace and celebrate diversity, we will always be compelled to judge, exclude and conclude that customs, practices and beliefs we follow in our faiths are the only true legacy of human ethos, well being and culture.

Nazia and Arsheya are two Muslim women I came to know in recent years. And for more reasons than one, they struck a beautiful chord with me. The few Muslims I had known earlier included my driver, my massage lady and my house help, a couple of friends who had immigrated and apart from eating the delicious sevai during Eid, the rest of their festivals and customs continued to remain a mystery, waiting to be unravelled. The recent triple talaq debate had aroused my curiosity even more. Yes, I had often wondered why I knew so little about another faith so intertwined into my life (though getting to know my own faith seems like an infinite journey)…

So when Nazia came up with the idea of an Iftaar inviting friends from other faiths it appealed to me immediately and I jumped at the idea! For her this idea had grown from being a simple Facebook post inviting people who had never been to an iftaar before. When she got an overwhelming number of replies, she and her friends decided to throw their houses open for many more. What could be better than to celebrate an evening of Ramzaan and understand what rozas and iftaar were all about.

Quickly I sent out invitations to a bunch of my friends and to my surprise without exception, all accepted the invite with alacrity unless they were travelling. This would be exciting!

Practically none of my friends had attended an Iftaar earlier. Except two. This simply reinforced the significance of this event for me.

As soon as I reached the Noida home travelling all the way from Gurgaon, I found myself surrounded by at least 50 faces brimming with warmth…a round of introductions had just concluded and a delightful array of mouthwatering dishes was laid out on the table, made by not by one or two but 12 lady hostesses! All the hostesses were Muslim ladies and achievers in their own way with a pilot, a biker, a lawyer, a TEDxSpeaker, a historian, author, journalists, and entrepreneurs among them. It was amazing to see so many of them come together, something I had not seen before.

The atmosphere was charged with love and charm. Rana Safvi, a historian began by sharing the importance of keeping roza and how Iftaar was an integral part of it. This was something I felt connected to. The search for inner meaning and outer celebration. The meeting of hearts, when a day has been spent in prayers, introspection and self control. What a beautiful practice! This was where religion and spirituality met, this is where the confluence of every faith took place.

Fasting is sacred in the Hindu faith too. Purification and detoxification to uplift the mind and Spirit seemed like a common thread….

I felt overwhelmed. If faiths could reach out to one another and create bridges, all differences would dissolve and this …only this was truly the essence of religion.

As I reflected, I felt profoundly inspired. Inspired to invite my Muslim friends to a Diwali celebration and even organize Iftaar next year for them!

My belief that we women can build a world of loving and caring hearts with and beyond religious boundaries, celebrating diversity, deepening the true spirit of these customs in our ever unfolding mystery of life has been affirmed.

Let this be a beginning, a wave, a movement which grows stronger and bolder and overcomes all the chasms which faiths have never ever stood for!