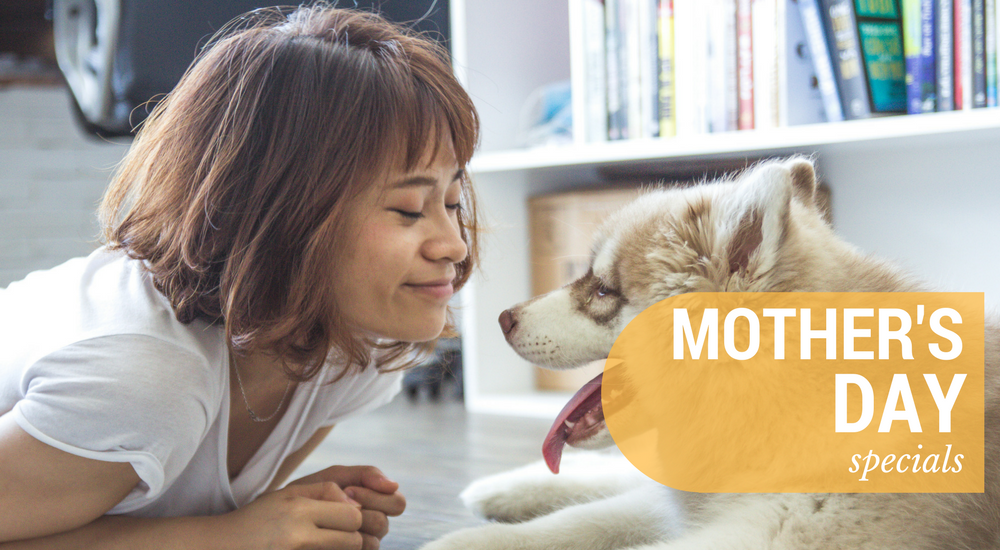 Besides biological mothers, there are many other kinds of mothers too. Here’s wishing a Happy Mother’s Day to everyone who embodies the spirit of motherhood!

‘You slept so peacefully, on my lap. I picked you up from a garbage dump. You were squeaking helplessly while your siblings were busy feeding themselves from their mother’s teats. I instinctively felt something was wrong. I scooped you up and put you inside a bag to hide and take you to the hospital. You see, in our city, animals were not allowed inside the metro.

After what seemed like a never-ending journey, where at all points I was afraid that we’d be thrown out, we reached Tollyganj. Then we took a bumpy ride in the autorickshaw. Oh God, you were so sick that you couldn’t even cry out. The journey was so long. I held onto you. I held onto hope.

Finally, we reached the hospital. I rushed to see the vet. He examined you and declared that you died just five minutes ago. You died in my arms while I was desperately battling to save you. I know you were too little to fight it out. God knows for how long you had been sick.

But still, I felt like I failed you, my little puppy from the garbage dump.’

This is a true account of how I felt once when I tried saving a pup while on my way back from college. I was studying in Kolkata’s Presidency College at that time. I won’t be able to explain the pain in my chest or the tears that came out from the deepest crevice of my soul. I cannot explain how many days since that incident, I’d only been thinking about the poor pup. How long it took me to get over the pain of not being able to save that tiny life.

This is just one incident. Over my lifetime, I’ve had many such adventures with animals. My close friends know how I raised money on Facebook to save a pup who was suffering from Parvo, a deadly disease with very little chances of recovery, and then how I adopted her after I managed to save her life. Just as an aside, I currently have two dogs and two cats (all adopted) living with me.

I also remember the time when I went to teach small children in a makeshift school among rubbles. When I close my eyes, I can still see those twinkly eyes and those dimpled smiles hugging me into their midst, asking me what they’ll learn that day.

And I know I’m not the only one.

I have friends who’ve spent sleepless nights tending to stray dogs who were ill or underwent accidents.

I know of relatives who have not married to bring up their younger siblings after their parents passed away.

I know of people who’ve turned their homes into animal shelters and not looked for any other family.

And unfortunately, I’m also familiar with biological mothers who have abandoned their children or abused them.

I do not mean to belittle any mother by saying this, but isn’t it time we celebrated the Spirit of Motherhood rather than a biological status?

Should we not include people who are capable of selfless and unconditional love within the purview of this day, irrespective of their gender or whether they’ve given birth?

Aren’t we all mothers when we care for someone without any conditions?

I also dream of adopting a child someday. I feel our world has too many needy children and hence, instead of bringing another child to the world, I want to take care of a child who has been deprived of a mother’s love.

However, will my adopting a child make me any less of a mother because I haven’t given birth to that child?

I am so happy that companies these days are appreciating and celebrating non-biological mothers, too. Recently, Vicks released this heart-warming advertisement about a transgendered mother.

A few days back, I watched this Mother’s Day special advertisement, #JustLikeMaa by Nivea which made me cry.

I absolutely loved its message in the end.

‘A mother’s love can come in many forms. This Mother’s Day, let’s also celebrate all the mother-like figures who’ve made a difference.’

This Mother’s Day, It’s Time To Ask What We Do For Mothers (Besides Glorify Them)