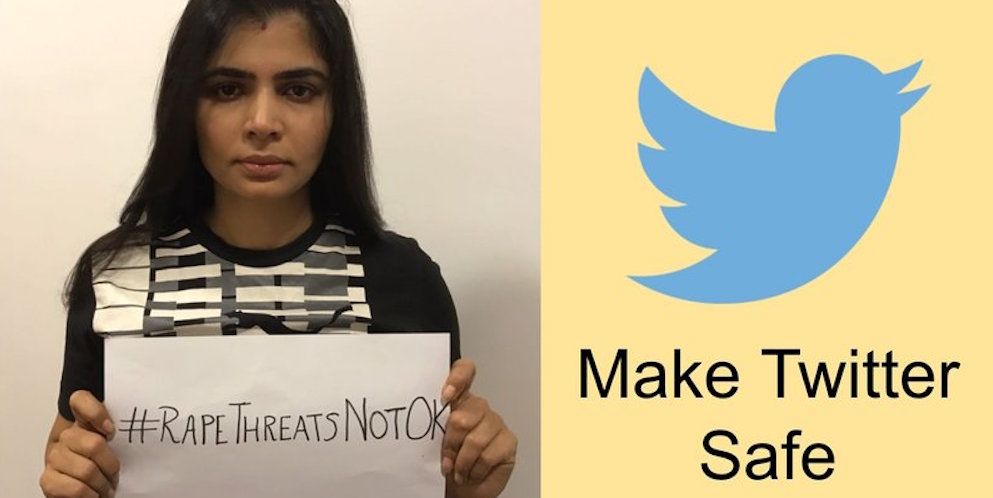 Social media these days is becoming the favourite breeding ground for all sorts of degenerate folks.

Social media was visualised as a free platform for people to share their views, talk of issues that matter, stand up for causes and if need be create a good support system for each other as the members of society. Instead, it’s appalling how certain users are making inappropriate use of this freedom of every social medium.

Instead of expressing their views on a subject in a mature fashion, they resort to leaving lewd comments, and using personal attacks or abuse. They post abusive comments boldly since “Its just social media” and have the confidence that their identity cannot be tracked as easily. A few fake ones even drop their profiles and delete all possible traces of their identity much before cyber laws can be set in action.

Time and again we see posts related to such vicious attacks. Such threats made to celebrity and singer Chinmayi Sripada on her Twitter page are just one such instance. It’s absolutely unacceptable how she was trolled for expressing her opinion. One of the users tweeted “You need to be raped…” while another threatened, “I’ll make sure you never sing again” and yet another said, “I’ll throw acid on your face.” All these extreme remarks were the penalty just for speaking her mind. I wonder where our society is heading, when people treat death and rape threats as something so trivial.

She eventually filed a police complaint to make Twitter address her concerns since they initially ignored her request to track the abusers. With the support of her fans, she was lucky enough to have her abusers traced and even arrested for their wrong doing. But the same is not the case of many women who get rape threats almost everyday.

Most of the threats and abuses remain unreported as some of us are worried of the consequences whilst others are worried about the effort involved in seeing it through.

I really laud Chinmayi Sripada for standing up and showing her concern for the thousands of women out there facing the same situation as hers. It’s quite commendable on her part to use her celebrity clout for fighting the cause and generating a petition to the Twitter CEO, John Dorsey, asking for “a large scale shutdown of accounts which tweet rape threats against women.”

I support Chinmayi’s voice and agree that “these are the weapons that are used to subjugate and silence women” and urge Twitter to put an end to such barbaric acts.

Twitter, as a widely used social medium has the responsibility to ensure the safety of its users and curb accounts which under the guise of anonymity post rape threats or other gender based abuse in such a casual manner.