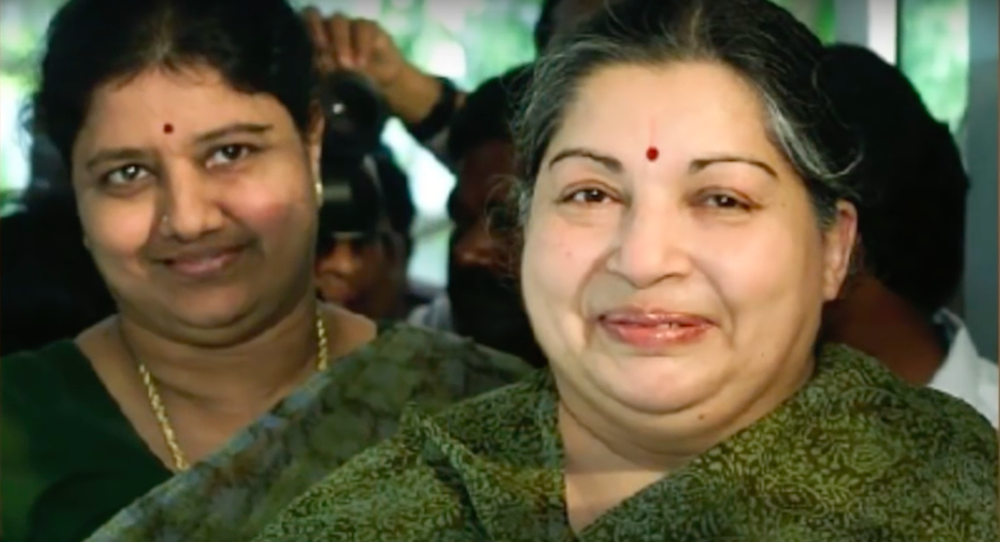 Female politicians, unlike men in power, don’t usually have a spouse to handle everything for them. Instead, female friends are critical to their lives.

Elle magazine recently ran a photo campaign called #MoreWomen, which proved that there are very few women in powerful positions around the world.

The images of a lone Angela Merkel, Hillary Clinton, Dr. Nkosazana Dlamini Zuma and Emma Watson among others leave you smarting under the heavy burden of the male-dominated leadership spaces in the world today.

2016 has seen difficult times for women in leadership – be it Hillary Clinton losing the elections to Trump and the underlying narrative of how patriarchy won again, or in Jayalalithaa’s dying in harness sending us a grim reminder of how lonely a battle it was that she waged as a woman.

Let’s keep the political considerations aside for this article – my focus here is on the public leadership space and including more women as leaders, and the journey that it involves.

When I was seven, my grandmother would often tell me to make my way ahead by forcing my way into spaces that my brothers already had the privilege of occupying: the games they played that didn’t include a girl, the way they were treated in the premium placed on their gender, the language that was used in reference to the ‘all’ that conspicuously ignored women and girls and of course, the right to dream for a future.

We have a few women around the world that are looking for these gaps and are fighting their way into the arena – but there are so few, that the space can be terribly isolating. Imagine being a lone woman, or a few in a sea of chest-thumping masculinity that predominantly oscillates between mansplaining and talking over a woman – with the rare exception lost in the sea of exclusionary behaviour.

It isn’t unfamiliar for many of us in our daily lives: be it at work, and in some instances, even at home.

No doubt it can get lonely at the top: and as is best befitting, for many of these women, having that friend stand by their side has made a difference to their leadership. It is a little-known phenomenon that underlies the role of women in politics, this powerful rhetoric of mentorship, friendship and unstinted support from one or a few female allies.

Take for instance Jayalalithaa – who has at different times remarked about Sasikala Natarajan’s invaluable presence in her life and how she helped her through: be it in taking care of the finer details of life or in critiquing her at the right time in the way that only a (best?) friend can.

Zoom out and you can see more of these examples: take Hillary Clinton for instance. Her friendships are stellar examples of what this kind of support can do. Her long time friend, Senator Dianne Feinstein from California was credited with brokering a meeting with Barack Obama after she conceded to him in 2008, which led to her becoming the Secretary of State.

Hillary found friendship and support in her top aide and mentor, Huma Abedin, who started since 1996 as an intern in the White House and grew into becoming a formidable support for Hillary through her time in the elections. Hillary’s other long time friend, Senator Barbara Mikulski, nominated Hillary on the floor of the Democratic Convention, resulting in her becoming the first woman to stand from a political party.  Julia Gillard and Quentin Bryce built a formidable friendship that allowed them to look out for each other.

Donna Brazile, who was recently appointed the acting chair of the Democratic National Committee, is all set to expand on this dimension of the life of a woman in politics, drawing upon the experiences of four political insiders that she affectionately named “Colored Girls.”

Friendships of this sort cannot be underestimated – and their value for women cannot be overemphasized. It is different for men in leadership positions, where the norms for who is a leader and how ‘he’ should behave often assume ‘male’ as the default setting.

For a woman to set sail against a sea of beliefs that only feed into and endorse this norm is not easy. And within these fragmented spaces, these limited seats and opportunities force women to compete. It isn’t easy, then, to build camaraderie while competing for these tiny little gaps that you have to claw and tear in order to make your own niche.

As a beneficiary of several programs around the world that have been run by women for women – Women’s Web included – I can honestly say that although I am no leader that can inspire a community to look up to me, I am able to do exactly what I want in life because of this solid network of women who support me, who I can turn to, and who put me on the right path.

The mindset this network gave me has allowed me to invest in expanding the spaces I am able to gain entry into. Their support for me taught me the value in paying forward – and today, in furtherance of everything each of these amazing women did for me, I try to pull as many women into these spaces as I can – collaborate, not compete.

How Was 2016 For Female Politicians? Let’s Take Stock Of These Women In Power

Hillary Clinton Often Gets Flak For Not Smiling Enough. Why Don’t Female Politicians In India Face This?