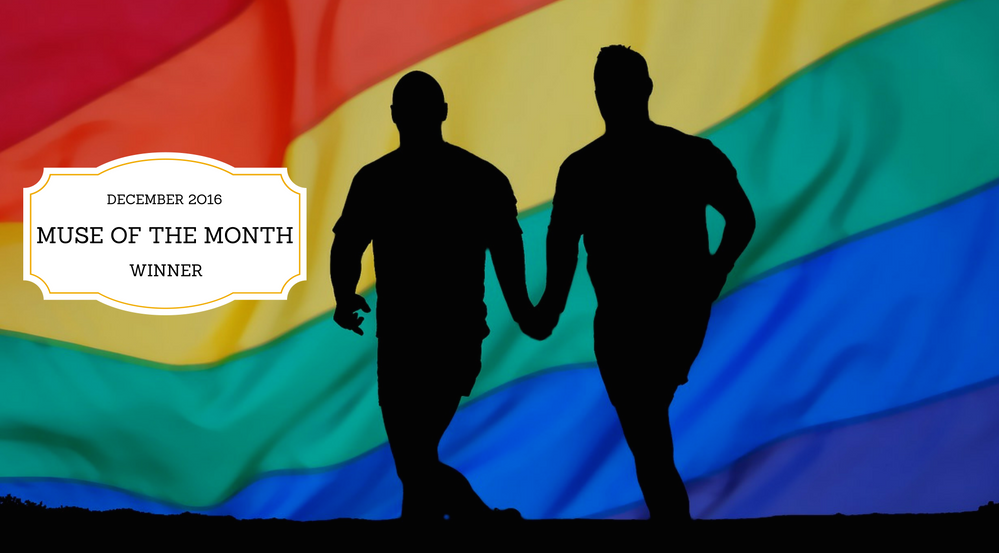 The Legacy [#ShortStory Winner – Muse Of The Month]

“Why should Harsh’s sexual orientation take away from his political acumen or his capability as a leader? Would it change her love for him as a foster parent?” A short story.

Here is the first winner of our December 2016 Muse of the Month contest, Pooja Sharma Rao.

The cue for this month was “There is love and understanding in this knowledge. There is sorrow.” – Namita Gokhale, Shakuntala: The Play of Memory.

One of Pratima’s most favourite spots in the world was this corner of the attic of their ancestral house on the Jakhu hill, from where she could see almost all of Shimla lights at night spread out below her like a blanket of stars.

She could see the outline of the gigantic Hanuman’s statue that had been added a few years ago on the peak and was flooded with a host of childhood memories.

This was also her late grandmother’s favourite spot, who was an erstwhile royal and later the first woman Minister in this hilly state.

Years later when her father was the Chief Minister and had received threats to his life by a radical group the security protocol had restricted the access to the roof for several years.

She was reminiscing how on those nights she felt caged and wanted to break every rule and was even ready to annoy her father to be here. A week before she was leaving for Yale and the night before her older brother Dushyant’s wedding, they had both sneaked here after the cocktails. In a drunken stupor her brother had told her what he had told no one except their parents; he was a homosexual.

Pratima knew that he was forced into his political career and his passion for film making was already a major bone of contention between him and their father. But this knowledge that her brother was now being forced into a marriage solely for alliance with another politically dominant family’s granddaughter repulsed her completely.

She tried to talk to her parents but her docile mother had no say in any decision making, and expressed her helplessness yet again.

So she decided to approach her father directly. She always had a stronger will than her brother and had always stood up to her chauvinistic father who believed that children must ‘obey’ always, and only obey.

As expected her pleas went unheard. Feeling the same helplessness as her mother and with the resolution of never coming back to this regressive family a week later she went to Yale.

Four years later as she was hoping to complete her apprenticeship soon and start a career there, she received the worst news of her life; her brother and his wife were killed in an unfortunate road accident. They had a two years old son and her mother had pleaded with her over the phone desperately to come back.

She came back to a broken family, her mother’s depression got worse and her father had a stroke a few weeks after the accident. The only solace or as she called him –’piece of sunshine’ was her deceased brother’s son – Harshvardhan. Pratima became a parent by default of sorts and their bond grew stronger with each passing day.

Her father was now a changed man. The patriarch who had always ordered and commanded people around, who despite being the son of a strong and independent woman had always believed that only sons could carry forward family legacy properly and who had never listened to her previously now requested her every single day for several weeks to take over the reins of their party and the political legacy of the family forward.

Reluctantly she agreed, all the Yale dreams were boxed forever, but she was more a politician in her grandmother’s mould than her father’s. She believed that governments were meant to only govern and serve not rule and she was determined that she would use her political muscle to work for the welfare of the poorest of the poor and the most underprivileged- Dalits, tribals, women and LGBTQ.

She also believed that her gender or sexual identity was neither a hindrance nor a privilege for whatever she wanted to achieve. Almost 25 years later she had been the Chief Minister thrice and a member of parliament once. She had never married and her life had only two points of focus – Harshvardhan and her state.

Unlike his father or her, the young scion Harshvardhan had shown a natural acumen for politics and ever since a young age wanted to join her at some stage. She eagerly wanted him to soon complete his degree at Harvard and come back to free her of this cage called ‘legacy’. Though she intended to keep up her social work, she wanted to do it without any political flag or symbol.

Today she was back at her favourite spot in the house, recalling the events of the day.

The party had elected Harshvardhan as their Vice-president unanimously and in absentia. This was so overwhelming and clearly showed that he had won the hearts of the people over the years with his work and interactions with them.

She was happy that it meant he could be projected as their Chief ministerial candidate in the upcoming elections.

Later that afternoon when it was almost midnight in Boston, she was on a Skype call with Harshvardhan. She informed him about the major development here and what a huge milestone it could be in his political aspirations.

A few minutes later Harshvardhan said he also had something momentous to tell her- he was in love with someone, Patrick – his senior colleague. He was worried because he would not want to stay closeted about his sexual orientation and would that be detrimental to his political ambition; more so would she – his only family in this world, accept him?

For a moment Pratima was frozen, so was history repeating itself and so cruelly. She disconnected the call and told him she would get back to him, this could change everything.

For hours later, the painful memories of her brother and his conflict with his identity kept coming back to her. But then she also realised that was 1980s, and now it was 2016. India and the whole world had changed.

Why should Harsh’s sexual orientation take away from his political acumen or his capability as a leader? Would it change her love for him as a foster parent?

As she descended the stairs post-midnight, she had decided this was not history repeating its cruelty but a second chance for her to do what she couldn’t for her brother. It was her now or never moment. She knew there was a long road ahead and it won’t be an easy struggle, but she wanted to hold Harsh’s hand firmly in this struggle, both as a political mentor and as a parent.

“There is love and understanding in this knowledge. There is sorrow.”

Next day she called a meeting of her party’s core committee and told them that Harshvardhan was looking forward to be back and start working with them but there was something about his identity they needed to accept- not with pity or political compulsion but as his human right.

Some old-timers and hardliners had their objections but majority of the leaders believed that Harsh’s coming out of the closet about his sexual orientation would be revolutionary and could only make him even more popular among the equality-seeking youth of the state and the country.

A few days later Harsh was back in Shimla and as she handed him the political reins, she was proud that he was the change in mind-set that this society needed. She also told him about his late father’s aspirations and dreams and knew he had finally achieved some sense of personal closure too.

She was a proud predecessor and foster parent, and as she looked at the blanket of lights spread over the hills she felt warmth in her soul as she had finally given something worthwhile back to life.

Wasn’t It Her Life, Her Body, And Her Choice To Make?

Where Fears Crash And Drown Me