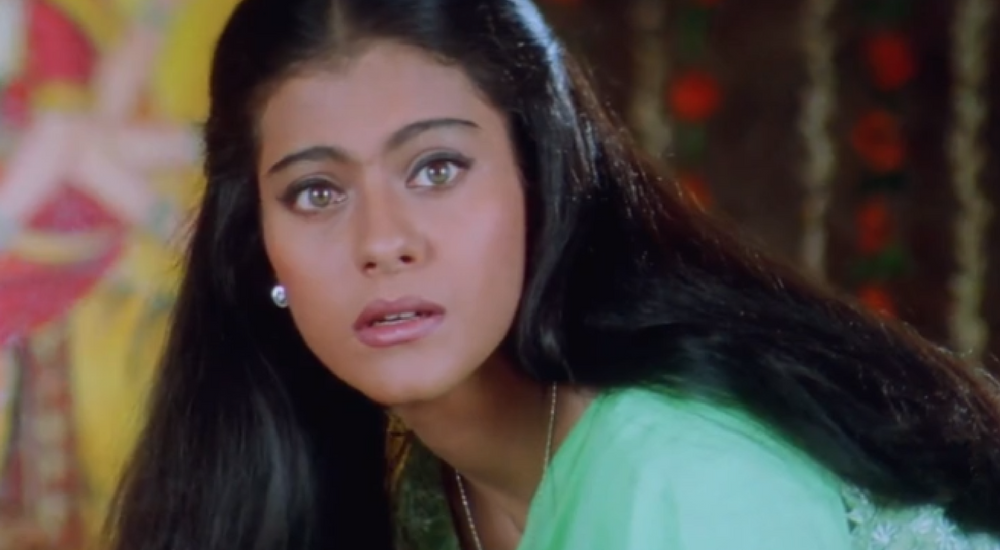 They say it is better late than never; maybe that’s why even though it’s eighteen years too late, Karan Johar apologizing for ‘transforming’ Kajol’s appearance in Kuch Kuch Hota Hai to suit the ‘Sanskari Indian’ standards, comes as a breath of fresh air.

In case you have been hiding under a rock for almost two decades, Johar’s blockbuster movie, Kuch Kuch Hota Hai, starring Shahrukh Khan, Kajol, and Rani Mukherjee, initially portrayed Kajol as a tomboyish girl with short hair who was SRK’s best friend. Though she loved SRK since college, he only deigned to consider her ‘lovable’ years later – after she transformed herself into a traditional long haired sari-clad beauty.

It showed how Indian women needed to dress in a certain way to be considered acceptable as the hero’s love interest! In fact, Kuch Kuch Hota Hai was not the only movie where Sanskari women were shown to be the only ones capable of receiving the undying love of our Indian film heroes. Here is a list of such movies where this trend has been followed.

Karan Johar’s apology came as a response to a question asked by Zohra Sayyed, a Masters Student of Mumbai University post his session with Filmfare editor Jitesh Pillai. Zohra later said to TOI that she was eight or nine when she first saw Kuch Kuch Hota Hai. “I was a tomboy and it bothered me to see that transformation,” she added.

Johar admitted to his mistake saying, “It was ridiculous of me to have done that. Shabana Azmi called me after she watched the movie and asked why was it that Anjali found only rejection when she had short hair and played basketball, and later, when she was shown as a sari-wearing, feminine woman with long hair, she finds love.” He went on to add, “It was really stupid. I apologise.“

The good thing about celebrities like Johar coming out to say that there’s no problem with women dressing the way they want to and that it was his thoughts which were messed up, is that more people start accepting this TRUTH!

You see, celebrities have a lot more influence than you and me and when they make statements like a girl need not be married to have sex, or need not have to dress or look a certain way to be desirable, these things do make a huge impact on society and on the thoughts of the society at large.

Hence, kudos to Johar for finally admitting that there’s nothing wrong with a  woman living her life her way and that she doesn’t have the obligation to change for anybody, unless she herself wants to change.

If Only I Could Tweak That Very Disappointing Movie, Kuch Kuch Hota Hai