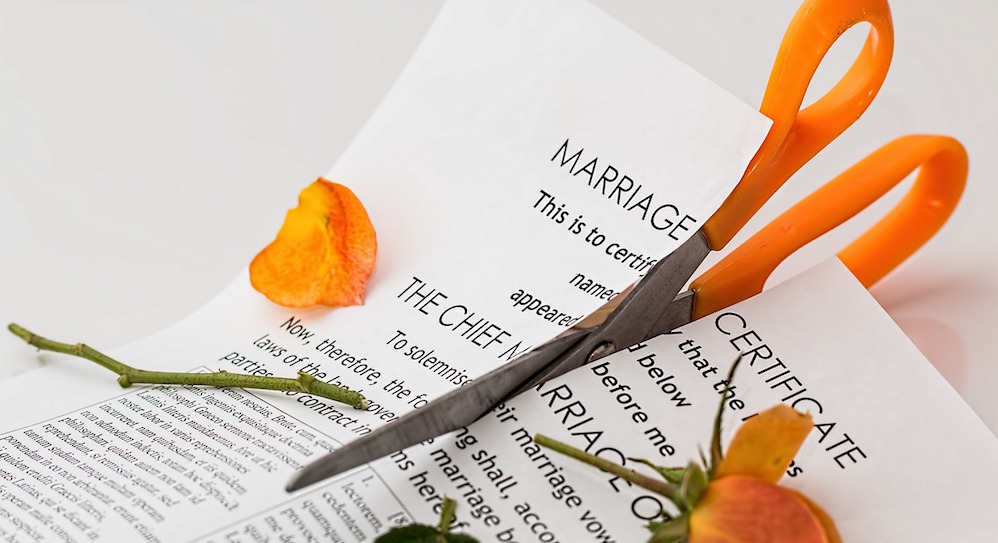 In a recent divorce case, the Delhi High Court took a very nuanced view and came to the aid of a wife who was accused of cruelty by her husband. Read on!

Recently, the Delhi High Court passed a significant judgment dated 22 November 2016 in a matrimonial case titled Harjit Kaur vs. Surinder Singh (MAT.A.(F.C)No.107/2015). This judgment leads to a pertinent position that an irrational behavior by a spouse should not be deemed irrational or unreasonable simply because prima facie it appears so.

Rather, it is important to go into the motive and actions from which such behavior is resultant, because when the cause is evil, then the effect will obviously be evil.

Background to the dispute

The Hindu Marriage Act, 1955 governs the law regarding grant of Divorce to a marriage solemnized between a Hindu couple. The various grounds for seeking divorce are listed under Section 13 of the said Act. One of the most common grounds is cruelty. Cruelty as a valid ground for divorce under section 13(1)(i)(a) of the Act can take varied forms of mental and physical behavior inflicted by one spouse on the other.

In the case under analysis, the husband had filed a petition for divorce before the Family Court on the ground that his wife had committed numerous acts of cruelty upon him.

(Alleged) acts amounting to Cruelty by the Wife

Let us view what were these acts/ numerous behaviors of cruelty allegedly committed by his wife upon him:

The Family Court granted divorce on the understanding that the husband’s allegations were correct.

The wife, aggrieved by the Family Court’s decree granting divorce to her husband, went in appeal before the High Court challenging the said decree of divorce.

Let us understand the wife’s side of the story.

Firstly, she alleged that her husband had an extra marital affair with a lady – let’s call her Ms. X. – an employee in his office. He had also borne a male child with Ms. X during the subsistence of her marriage with him. She gave a written averment to the Court clearly stating that her husband used to visit the house of Ms. X and used to take her on his scooter/ in his car to drop her to office. She stated that he had wished that she should grant her divorce and sign divorce papers of mutual consent. When she refused, he got angry and start quarreling with her.

Secondly, in her understanding, since her husband wanted to marry Ms. X, he was hell bound to get rid of her (i.e. the wife) and hence he had cooked up allegations of cruelty allegedly committed by her so as to create a valid ground for grant of divorce.

Thirdly, she pleaded that in fact she was a sincere woman wanting a happy family life. It was a marriage of 15 years and they had a daughter from the marriage. She affirmed that she had never committed cruelty upon him. On the contrary, she was the one who was treated cruelly by him and his family members. He beat her almost daily and used to demand dowry. She denied having taken any sleeping pills ever or having claimed any share in his ancestral property. She alleged that she was tortured on the birth of a female child. She was never given a single penny for her personal expenses and was forced to abort her second child.

Hollowness of the claim of cruelty by the husband:

After thorough analysis of the averments and evidences of adultery, the Court concluded that the Family Court was wrong in granting divorce to her husband and also extremely wrong in not giving the wife an opportunity to substantiate her claim that her husband was having an extra-marital relationship with Ms. X and that a child was born from their relationship.

However, before the High Court, it was proved as a matter of fact that the husband was in an adulterous relationship throughout his marriage. The cross-examination and his testimony revealed that he was friendly with Ms. X before his marriage, that he visited the house of Ms. X about twenty times before his separation from his wife, and hence his inclination towards Ms. X of course was the main cause of a dispute between him and his wife. The Court also specifically noted that the wife had been consistent in her allegation that he was openly enjoying an illicit relationship throughout their marriage.

This adulterous relationship of the husband amounted to cruelty. It is a settled position in law that having an affair during the subsistence of marriage by either of the spouse amounts to cruelty to the other.

Court’s position on cruelty by the wife:

Be that as it may, the most significant portion of the judgment is the mature and balanced approach that was adopted by the judges while analysing the alleged acts of cruelty committed by the wife.

First, the judges stated – “Sometimes it becomes necessary to enquire from what motive a behavior ensues. If the cause for the behavior of a spouse is the result of breach of faith by the other spouse, and especially where the trust of fidelity is breached, it becomes the duty of the court to be more vigilant and appraise the evidence led at the trial with a hawk’s eye. Sieving the evidence and then examining it under a microscope.”

Second, in light of this approach, the Judges opined that the conduct of the wife had to be seen in the light of the fact that the respondent was in an open adulterous relationship with Ms. X.” This gave credence that she did not deny sex to her husband; rather, he did not come to her because of him being in a relationship with Ms. X. It was a fact that a son was born to him due to said relationship, and this happened during the subsistence of his marriage.

Third, the Judges opined that where the husband was involved in an extra marital affair, asking for a share in his property, just to secure the future of her own neglected daughter, would not be causing cruelty upon him as he had a duty to provide for her financially and emotionally as a father. The wife would naturally be feeling insecure for herself and her daughter and thus even if she made a demand for an immovable property in her name, it would not be an act of cruelty but the helpless cry by a wife who was cheated to ensure that she and her daughter had a roof above their head…..”

Fourth, the Court significantly held that the wife’s irrational behavior, and intemperate language would be the result of the cruelty caused by her husband. Her words spoken and deeds done could be attributed as conscious words and deeds intended to inflict mental torture on her husband. They would be a cry of anguish and acts of desperation.

Hence, the Court concluded that it was established that it was a case of mental cruelty upon the wife rather than upon the husband. Allowing the wife’s appeal challenging the decree of divorce granted by the Family Court, the Court rejected the husband’s petition for annulment of their marriage.

My thoughts and observations

This judgment highlights the importance of sensitive Judges who are willing to critically view the circumstances before them, not just intelligently but most importantly, with patience and free of prejudices. The Judges applied the law in a manner to ensure that the guilty party is not allowed to take advantage of its own wrong!

In this case, the wife obviously did not rationally think before throwing household items from the balcony or hurling abuses or screaming or behave in a way that was ‘deliberately’ unreasonable, because her actions were a reaction to her husband’s cruel act of being in an illicit relationship. And adultery during subsistence of marriage is in itself a tremendous act of cruelty forming a valid ground for divorce in case the other spouse wills so.

Hence, it is helpful for us to appreciate and be aware that even though, by themselves, each independent action committed by a spouse may be in the nature cruelty per say, however, those objectionable actions or behaviors must not be viewed in isolation. When the entire situation is considered holistically, it may potentially become clear that the impugned acts may be nothing but a result of the opposite spouse’s acts of cruelty including but not limited to adultery.

After all, a balanced analysis of both sides to a dispute lies at the heart of a judicious decision.

Bombay High Court Rules That Married Woman Without A Pallu Is Not Grounds For Divorce!

All You Need To Know About The Special Marriage Act, 1954, That Facilitates Inter-Faith Marriages