Freelance Work From Home Often Doesn’t Get Respect. It’s No Walk In The Park!

Freelance work from home often involves superb time management and a highly evolved sense of responsibility. Yet, its often not seen as 'work' at all!

Freelance work from home often involves superb time management and a highly evolved sense of responsibility. Yet, its often not seen as ‘work’ at all!

For years, I had been juggling multiple jobs and work responsibilities. In addition to full-time jobs  in advertising and television, I moonlighted as a journalist. At 26, I had at least a decade’s worth of professional experience in writing and one hell of a burnout. One day, I showed up to work at 9:30 a.m., put my head down and burst into tears. That’s when I decided that it was time for me to go ‘freelance’ – full-time.

It has been five years since I took that decision and it has been a real roller coaster ride with wonderful highs and painful lows. The highs included gathering bylines in major national and international publications, travelling to several countries on assignment and earning enough credentials to get into a world-class university on a part-scholarship.

Freelancing has its low points but I never counted convincing people that I actually did work, and often for long hours, among them. I started working from home when I was single but after getting married, I have realised that it is easy to walk right into the trap of being perceived as a housewife. I find it hard to articulate (read: boast!) about what I do and this has led to many a misconception about what exactly I do with my time.

Take for instance my mother-in-law’s cook who thinks of me as a daughter-in-law ‘figure’ she can bully, and could not understand for the life of her why I wished to wait a few years to have a child. “You don’t go to work after all?” she would say repeatedly. Work, for her, meant going someplace.

Once, when taking my super-lazy maid to task, I was blindsided with the insult – “If only you would go to offices like other madams and leave the key behind, I could do a more thorough job!”

And then there was the driver, who thought of me as a ‘lady who lunches’ and would often ask, “You wish to go shopping today, ma’am?”

Having lived the single life with minimal responsibilities for years, I had enough time to nurse my ambitions. But things most certainly changed after coupling-up, and I find that even with the most understanding partner, household responsibilities do fall on the woman’s shoulders.  At a family get-together, I looked at my husband enviously and remarked that he was lucky not to have to deal with the domestic helpers, and I was told, “Well, he has work stress to deal with.”

As if I had no work, and no stress. Despite the fact that I was writing a book and was a research assistant to a Harvard professor at the time! If that sounds like a boast – well, it most certainly is. I have realised that as women we find it hard to talk about ourselves, our work and our achievements. We wait in the sidelines, hoping to be called into the spotlight, so we can take a bow and hear the applause. What has working from home after marriage taught me? Don’t wait. It’s not going to happen.

I used to wonder why some people endlessly talk about themselves. I realised it’s to earn the respect of others. These days, I am a little more patient with them, and in fact, try to be a little like them. While negative comments can chip away at the confidence of the work-from-home mom, I have learnt that positive self-talk, taking stock of all that you’ve achieved frequently and articulating without hesitation all that you do can go a long way in boosting morale; so that working from home continues to remain the pleasure that it should be.

Aarthi Gunnupuri is a freelance writer. Her work has appeared in CNN, VICE, Scroll.in, Femina, Vogue and Marie Claire. She has been a reporter at the United Nations in New York and has a read more... 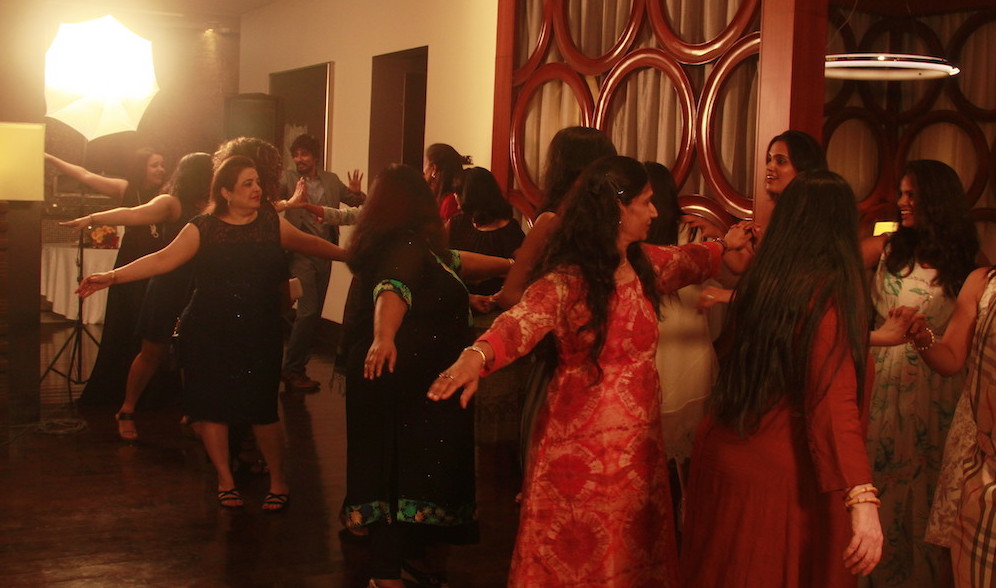 Networking Is Essential For Women - Let's Step Out Of Our Daily Roles A Bit, Shall We?