What Dear Zindagi Tells Us About Therapy….Is Good, But A Little Troubling Too!

The Dear Zindagi plot has therapy as an integral part of it. But how realistic is the depiction of therapy? Let's find out! 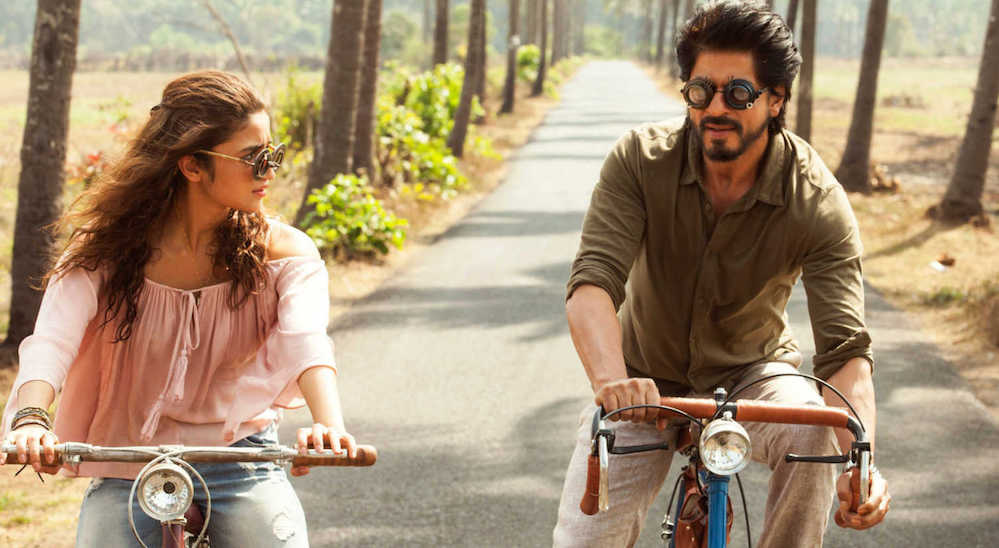 The Dear Zindagi plot has therapy as an integral part of it. But how realistic is the depiction of therapy? Let’s find out!

Dear Zindagi addresses the most important concern for individuals today – to find love and appreciation for your own life, and makes it clear that seeking help to get to this is absolutely fine.

A question Alia Bhatt asks her friend in the movie beautifully explains this.

Mental health is as crucial as one’s physical health. A fever or cold has us running to a physician but emotional and mental issues, one is expected to battle on his or her own, lest people think you are ‘crazy’. When I heard that this movie was exploring the therapist-client relationship too, as a psychologist I was very excited to go and see a movie on what we as psychologists aim to achieve in our profession everyday.

However I had mixed feelings upon exiting the movie hall. And these are the thoughts I went home with. (Warning – spoilers ahead)

Finally! Here is a movie that shows a young individual approaching a therapist to understand and address her issues. Naturally, the protagonist (Alia Bhatt) displays hesitation upon entering the therapist’s (Shah Rukh Khan’s) office. But as the conversation flowed, it showed how rapport may be built between the professional and the client. Creating an accepting and supportive space is what is required initially to get the client to open up and speak about what’s on his or her mind. After years and years of stigma attached to the mental health profession, it was indeed such a welcome change to watch a Hindi movie focus on a relationship which has so far only been highlighted in Western movies extensively.

We need to communicate. Truly

Another key element the movie brought to light was the need for communication. Life and movies seem to highlight what is wrong with the urban millennials today. Where a Facebook update and a WhatsApp message is tagged ‘communication’ and eye contact makes one uncomfortable. It is easier for people to convey their feelings through emoticons than sit down face to face and talk about how they feel and let their body language and facial expressions take charge rather than their texting agility.

The movie later informed us of the lack of healthy communication between the protagonist and her parents which shaped her personality and paved the way for a pattern in her relationships with others. A scene in the movie shows Alia Bhatt breaking jars in a supermarket to release her emotional pain upon the news of her boyfriend’s engagement, instead of verbalising the same.

Life today has become ‘so busy’ that we don’t have time to talk to each other. Yet it’s surprising to me that social media is something one is never too busy for. So that means we are willing to open ourselves up to the idea of communication as long as it’s as per our time frame and interest. Because obviously, talking to another person means being available for them in their time of need and listening to things we may not like. Why would we do that, right? Enter the counsellor who promises to listen to you for an hour, 4 days a week for a certain fee. Because in life sometimes all we need is someone to listen to us. We may not always be looking for immediate solutions.

The movie, many complained, was slow (as per most people I spoke to or the online reviews I read) and what I find funny was that a mindless movie of 3 hours doesn’t seem long but a movie based on conversation – more talk, less action – was too tedious for most. We have lost the art of talking and listening. We hear but don’t listen. We speak but don’t communicate. Hence a movie based on free flowing conversation with the some one-liners and life lessons thrown in was too much to deal with. Yes, it had a positive message but couldn’t they make the movie shorter? That’s how painful and exhausting the art of conversation has become to us. Talk more, voice your feelings, find that safe space and embrace yourself.

The therapist is not your friend

What was not appealing to me as a psychologist was the portrayal of the client-therapist relationship. Professional boundaries seemed blurred to me watching Shah Rukh Khan take Alia Bhatt to the beach or cycling in an attempt to impart life lessons in the name of counselling sessions. I found this disheartening as we need to depict this relationship with more logic and realism and not make light of a professional space. Creating this image in the minds of individuals who aren’t aware of how this dynamic works would distort their expectations from a counsellor.

The part of the movie where he abruptly informs her about it being the last session seemed alarming to me. An individual who has clearly had a breakthrough in therapy and confronted her abandonment issues is told by her counsellor that the sessions would now end without any warning or easing into this process. Therapy here seems directive as most individuals seek professional help as guidance and not to be told what to do. Shah Rukh’s role as a counsellor was seen more as him interpreting his own version of her issues rather than listening and helping her find her own solutions. It was more philosophical than facilitative.

Crossing boundaries by sharing personal experiences of his divorce and giving way to his emotions regarding his own son creates a personal bond between the therapist and client which does not and should not happen in such a space. It ends up making the client see their problems from somebody else’s perspective instead of their own and takes one further away from self-exploration.

We need more nuance around therapy

Gauri Shinde, the director, understands that there cannot be a romantic relationship between the two, given that it is a professional space but fails to understand that depicting their equation with personal touches actually creates the counsellor as the ‘knight in shining armour’ in the eyes of the protagonist, as he is the one who listens, supports, doesn’t judge, tells her it is ok to cry and be angry and it’s okay to take the easy way. All beautiful words indeed, but the personal sharing seemed to have led her to experience feelings of attachment and affection towards her therapist. Towards the end we find her wanting to hold on to her relationship with the counsellor and having difficulty in letting go; perhaps not a result of her past issues but also the atmosphere created by him as we saw during the movie.

The movie may have taken a step in the right direction by aiming to highlight an important topic but lacked the research required for portraying the therapeutic relationship. Therapy is not a quick fix and should not be glorified or represented in a manner as conveyed by SRK who was basically playing himself and not a therapist.

Seeking help doesn’t involve walks on the beach and finding a friend. Highlighting the fallacies here is not with the intent of critiquing the effort made to open the forum towards mental health awareness. But to understand that it is in fact is a depiction by Bollywood cinema and not the true picture in itself. Pun intended.