Dance Movement Therapy is a relatively new concept in India. The entrepreneurial duo, Payel Mitra and Kshitija Suryavanshi, are taking it places. 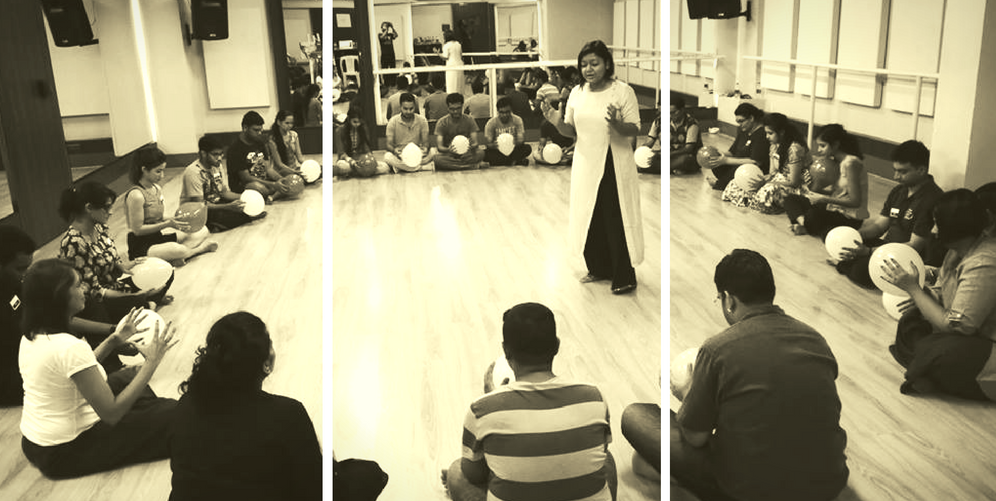 Dance Movement Therapy is a relatively new concept in India. The entrepreneurial duo, Payel Mitra and Kshitija Suryavanshi, are taking it places.

A human being is a social and intellectual animal. Can we really live isolated within our own bubbles and without any interaction with other souls? Surely not!

StillFlow is one such entrepreneurial team that also believes in community living and communication through body movement. At a Breaking Barriers event for entrepreneurs by Women’s Web, this innovative team won the Marketing Pitch contest in Mumbai, where new ventures shared their plan to take their idea to a larger market.

StillFlow is a venture that uses the tools and techniques of Dance Movement Therapy (DMT) to bring about a sense of belonging and harmony.

We caught up with the talented women behind StillFlow, Payel Mitra and Kshitija Suryavanshi, to understand what Dance Movement Therapy is all about, and how it can help so many of us caught in the web of hectic modern urban lives!

How did they get hooked to Dance Movement Therapy?

Payel and Kshitija both shared their deeply personal initiation into DMT. Payel says, “I was going through a very rough patch in life at the time when I chanced upon DMT. Both my personal and professional life was in doldrums and I was looking for means to be able to handle the events happening in my life at that time.

Having always been interested in dance, I chanced upon a DMT workshop and decided to explore it, more as a means of experiencing and exploring than anything else. What happened in that 2 hours’ workshop changed me, there was a certain shift in my thinking, a slight movement in the way I was conducting myself. That small shift resulted in a big impact and for once I knew what I had to do next.”

Kshitija, on the other hand, came into learning Dance Movement Therapy purely to understand how dance could be used in therapeutic manner. She adds, “…it was a good fit for me. Being from a psychology background, I understand the dynamic nature of the mind. But still, I was not ready to open the Pandora’s box just yet. I was, to me, a well adjusted enough individual, who of course had problems, but did not require therapy.”

They connected through a course in DMT that the Tata Institute of Social Sciences was offering, and given their instant connect to the discipline, it is not surprising that they have given it concrete shape in the form of StillFlow.

Payal adds that as she furthered her own understanding of this field, she had the impulse to spread this joy of healing with others and hence decided to continue as a practitioner.

But isn’t it the same as dance?

With DMT still being a nascent field in India, it is natural that most of us think of it as being the same as dancing. Kshitija corrects this misconception. She says, “Slowly, over time, I began to realize that though DMT took components from dance like having a structure, or the idea of people moving to the music, or sometimes a small component of choreography, it wasn’t dance at all. There were no set steps in DMT. There was no routine to follow. DMT was allowing yourself to move in a manner you wanted to move. One needed to move. But you could move in a manner that you were feeling. If you were bored, you could show that boredom through your actions. The main difference between dance and DMT came when it ceased to be a performance and became an expression.”

She adds that in DMT, the focus shifts from the external to the internal.

As with all passionate entrepreneurs, what brings Payel and Kshitija joy is the lives they have touched through their DMT workshops.

One such special interaction happened with patients at a mental health setting. After the session, as Payal was asking them to share their experiences and feedback, a patient opened up about how DMT had impacted her. She mentioned that it was the death anniversary of her father that day, and that ideally like every year she would have spent her day crying; however, this year she chose to dance out her pain and sorrow and was feeling light about being able to share that moment with all. She adds that moments like these are the true high points of her journey, which have delighted and made her feel humble, simultaneously.

And of course, it is not just others’ lives that they have touched. Turning entrepreneur in this field has impacted their own lives too. Payal shares openly, “I now realize that there is a lot of beauty in being vulnerable and I am not afraid to talk about my insecurities or fears. DMT has made me accept myself in its authentic form, to be more receptive of all the people around me and be completely non-judgmental.”

Kshitija too reveals, “I became so much more sensitive to myself and to others. I started taking care of myself first, so that I could be fully present in the sessions. My decisions and choices became more heart centered. I have always tried being non-judgmental. Now, I practiced acceptance.”

They believe that for modern Indian women, trying hard to juggle many things, a sense of inner space and self-care are big lacking factors. As Kshitija says, “Being ‘busy’ is very in. It is a direct benchmark for the success we are achieving. And so, we become busier, taking up more responsibilities, for ourselves and the world. We are exhausting ourselves. The main thing DMT allows is to be present. It allows a person to experience themselves in the now being aware of it. To be specific, DMT can help with a lot of major life stressors. But it is also important to see that DMT can be something that one can do to experience themselves fully and a way to connect to oneself on a deeper level.”

While the word ‘therapy’ in Dance Movement therapy may lead you to believe that its all ‘serious’ – DMT is a fun way of expressing and experiencing self and celebrating life as a whole. Its use is not restricted to those in troubled situations alone.

In short, DMT works for all, one just needs to decide to attend one session and know what that means for herself!

The StillFlow team can be contacted here: movehealdiscover (at) gmail (dot) com