The new Ford EcoSport TVC reinforces the idea that women are car buyers too, and taking steps for their own safety, with their personal choices.

The new Ford EcoSport TVC reinforces the idea that women are car buyers too, and taking steps for their own safety, with their personal choices.

The advertising industry in India has always reflected the sad reality of female stereotyping in the country. Most of the advertisements revolve around the theme that a woman’s place is in the home, that women don’t make important decisions or do important things, and that women are dependent and need men’s protection. What our advertisements portray is that women are best suited as home-makers, and are shown in the home with greater frequency than men.

Thankfully, female role portrayals have become less stereotypical over the decades internationally and we as a country, are also going through the same paradigm shift. Television advertisers were known to always follow the same approach of featuring women in the ads for cleaning products or groceries and males in liquor or automobile ads.

Keeping in mind the role of women in the real urban world, any company would be wise to target female consumers and Ford has just hit the sweet spot by rolling out its women centric Raksha Bandhan TVC featuring actor Kalki Koechlin.

The theme of this TVC revolves around the idea of ‘taking safety into your own hands’. The ad shows Kalki tying a rakhi on her own hand before driving the Ford EcoSport. Through this TVC the company has tried to celebrate women empowerment on the occasion of Rakhi, along with highlighting Ford Ecosport’s new safety features.

The new ‘EcoSport’ commercial salutes today’s progressive, spirited women who are confident in the choices they make. Set against the traditional context of Raksha Bandhan, the commercial gives a new definition to the theme of safety and shows how the women of today are demonstrating their focus on this important aspect through their purchase decisions.

It’s good to see that more and more brands are now celebrating ‘fempowerment’ and Ford’s Rakhi TVC about women taking safety in their own hands has a first to its credit in the auto industry.

Below is the ad for you to take a look! 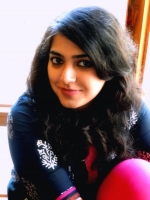