Do kitchen appliances make life easier or is it just a fad to make the creator’s pocket heavier? 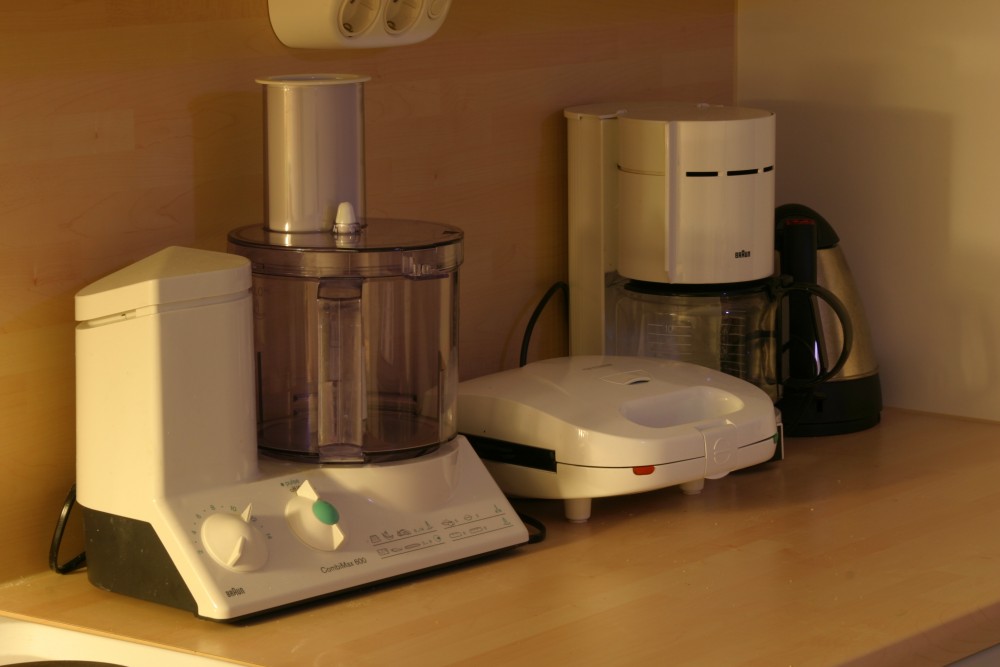 Do kitchen appliances make life easier or is it just a fad to make the creator’s pocket heavier?

I made my first chocolate cake in a microwave which came out quite bad, but my relatives who ate it were all praises. It was the first time any of us had tried baking a cake in a microwave and everybody were like now ‘this is it’. I was already envisioning making birthday cakes.

I promptly joined a popular Facebook group of home cake bakers and drooling over the cakes featured there – each one got me thinking that it’s just a matter of days that I would post one of mine.

The microwave in itself has been a blessing at most times. I know that for the 6 months it was not working it was so much of work to reheat food. Yes it’s known that microwaves heat at highest power and they say all nutrients are lost. Also yes to the advice eat always freshly cooked food.  And yes the most important one – the utensils used in a microwave are mostly plastic one, that have cancerous implications. Looking at the long term switching to other options like glass would be the simplest solution. Just imagine with both husband and wife working, and most living in nuclear families, is cooking 3 times a day really possible? Using a microwave to reheat pre-prepared food might be a reality we have to look at.

It’s been over a year and that perfect cake is yet to be made by me. But I still think it’s just because I don’t have an OTG to bake or a Kitchen Aid to blend my mixes of cake – haven’t we seen them in those cake videos, making the cake come out awesome?

Of course, I do remember a neighbour of mine who used to make sponge cakes in a cooker, and they would come out tasting like a dream. She used ingredients that were available at home and the baking equipment used to be a spoon, some sand and the cooker. I quickly suppressed that memory and thought about how to save to buy the Kitchen Aid.

With the number of home bakers who have started business, OTGs and Kitchen Aids have become a must-buy in their kitchen. Of course the amateurs also add them to their kitchen – an OTG would be great in all kitchens considering now that store bought ‘bread’ also is deemed dangerous. However, the Kitchen Aid would be best left to the professionals.

In a south Indian family like mine, coffee has been a big part of the daily routine. The strain of getting the right blend and taste like the filter coffee served in MTR, put two electric coffee makers back into the attic. It was finally the old-fashioned steel coffee filter given by my mother that brought back the beloved taste and flavour. It made me wonder – how is it that in books coffee boiling in a coffee maker sounds so romantic but at home it just turned out to be a disaster and nothing close to the taste?

The bread toaster is another addition to the household to ease the early morning rush. However unlike what we see on TV, most of us can’t keep the bread toaster as a regular feature on the kitchen slabs because of the space constraint. Also, breakfast at my home does usually turn out to be the South Indian staples of dosa, idly or puri.

Also when we want to toast a bread the tava is easier to spot. Toaster definitely has its charm when it comes to having an evenly browned bread. I hear that these days there are toasters that come with printing a face option like hello kitty and even customized pictures! Well what a lot of innovation around there! I really do not understand why these should sell. but as a friend said, those would serve great lunch options for fussy tots.

The sandwich maker as a kitchen gadget started in the market with the gas top one, but then later the electric ones became popular. I like the way all the stuffing stays in, once you make it in the sandwich maker, and also the way the cheese turns all gooey in there however infrequently I use it. Yum!

The routine window shopping on amazon recently made me bump into some interesting helpers for the kitchen in the kitchen gadget section.

The corn cutter definitely is one which makes you think yes this is the one I was looking for, and now I don’t need to buy corn from that roadside vendor.

Plate clips for sauces and dips do look an attractive option, what with all the colours and the usefulness but the worry that it’s going to fall and create a mess is a problem.

Banana cutter though, takes the prize, as am sure it is essential! Isn’t banana the toughest fruit to chop? And just imagine how it can give you those perfect circles which would be such a joy for your kid. Jokes apart, why should anyone really waste money on this?

When the teleshopping era started on TV the most famous tele product that has been a perennial hit with people screaming and cutting veggies, is the amazing super slicer. I’ve seen people buying different brands of it but never getting it right, and when it comes to serving a big feast they still resort to the knife. The similar story is about the roti maker which looks so easy on TV, but once at home you have to first flatten it a bit and sometimes after its done you have to bake it again on the tawa. What a hassle when we could have done all that in the first place in the usual process?

Some of the boons in terms of kitchen appliances invented definitely would be the mixie and grinder. In homes now, there is definitely no space or time for grinding using a stone. Yes, it’s at the cost of good healthy exercise for our arms which we now compensate for by joining a gym and using a cross trainer. The pressure cooker is another gadget which was made to reduce the time of cooking. However, it also reduces the benefits of slow cooking which is the ideal way retain nutrients.

The latest craze is of the air fryer, where Shahrukh Khan promises a healthy future by eating samosas and fries because it’s made with no oil – it definitely tops the list of to-buy kitchen appliances for many homes. It banks on the key aspects of health – eating ‘healthy’ junk. For me it’s the space that it’s going to occupy that makes me take off the shopping cart. Air fryer, of course, can be of great help when you have guests, or cravings for fried stuff strikes. Though the effort in preparing these snacks remains the same, the oil is avoided, so it is one less evil and because of the effort you still wont make it daily.

With homes or rather flats getting bigger have you noticed how the kitchen is getting smaller? Most of the flats make houses with smaller kitchen spaces where after keeping the basic equipment there is hardly space for any kitchen appliances. I love the kitchen in my ancestral home where kitchen was almost the size of current hall and where the people got together for discussing, cooking and even inventing recipes.

I remember reading somewhere that the true reason people in olden times people were healthier is of course, the physical activity, and the food. People ate healthy, seasonal food. Sweets, fried items and cakes were made only for celebrations – because they take time to make. The added benefit to this is that you stay healthy by not eating these fat rich items daily.

So, what kitchen appliances are you going to shop for this festive season? 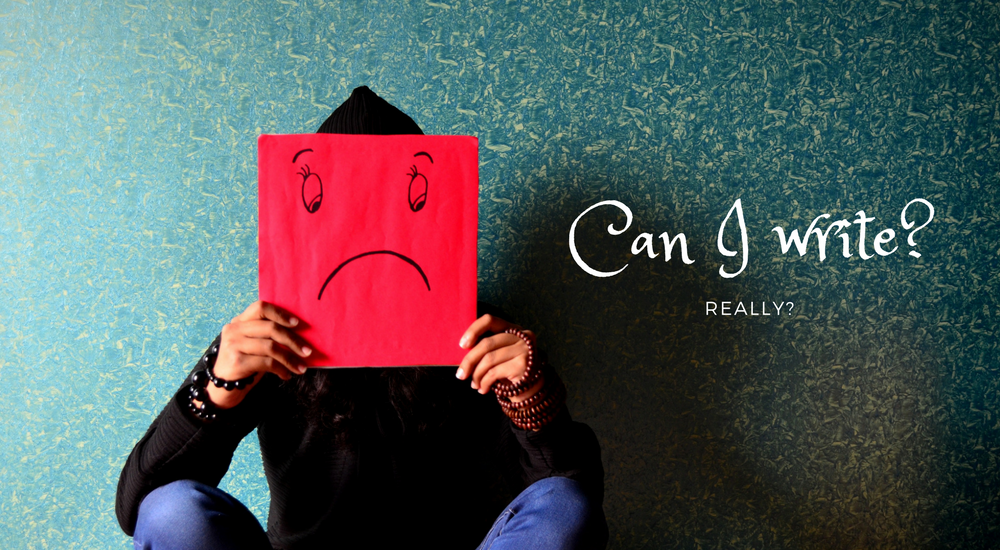 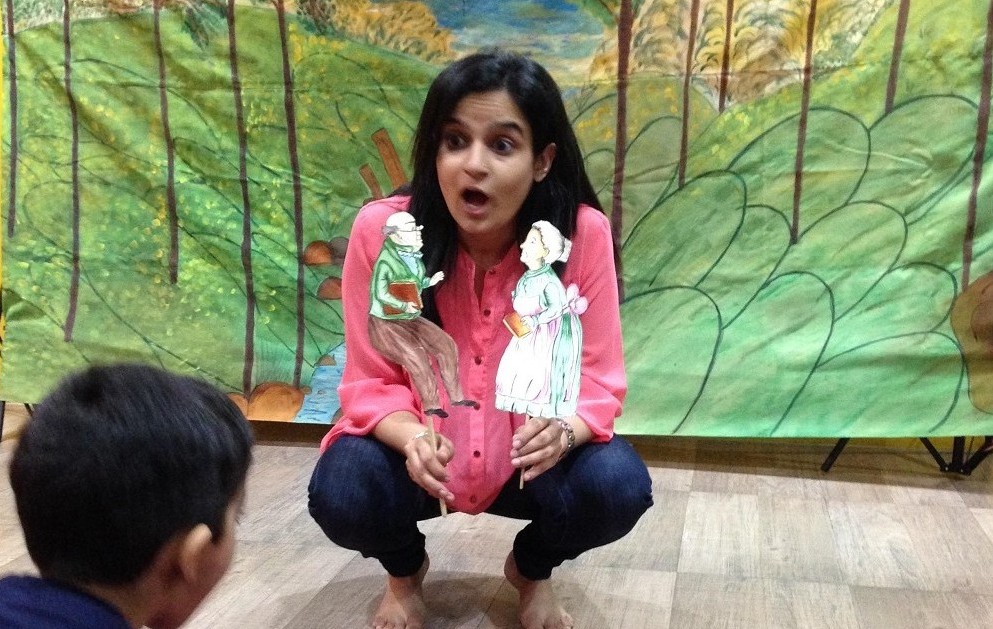 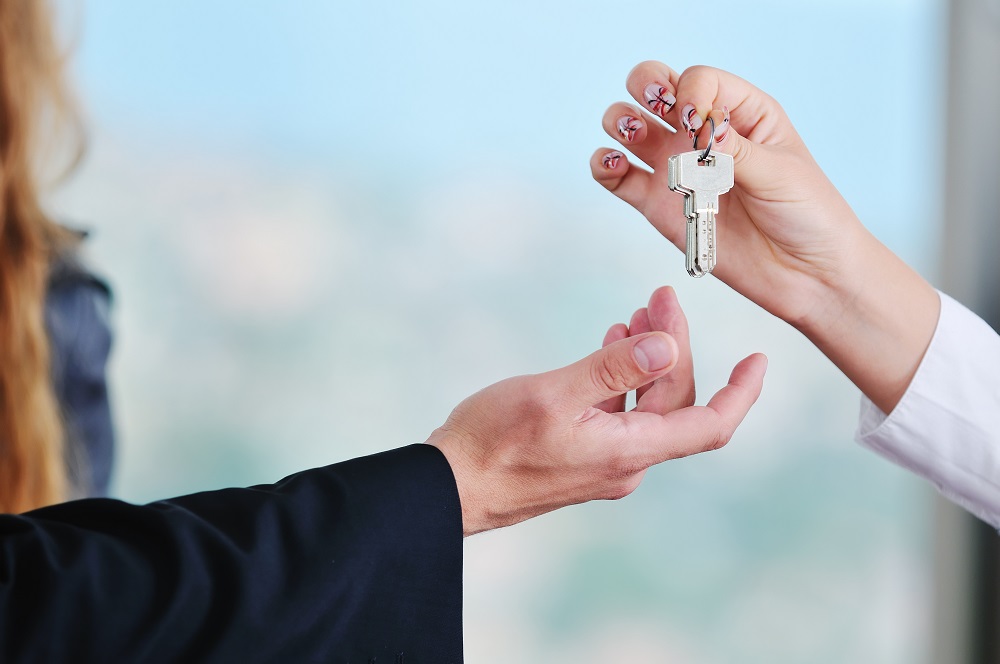