Dreams, or daydreams? Any which way, they can take you you on your own journey, and give you something to think about. So, dream away! 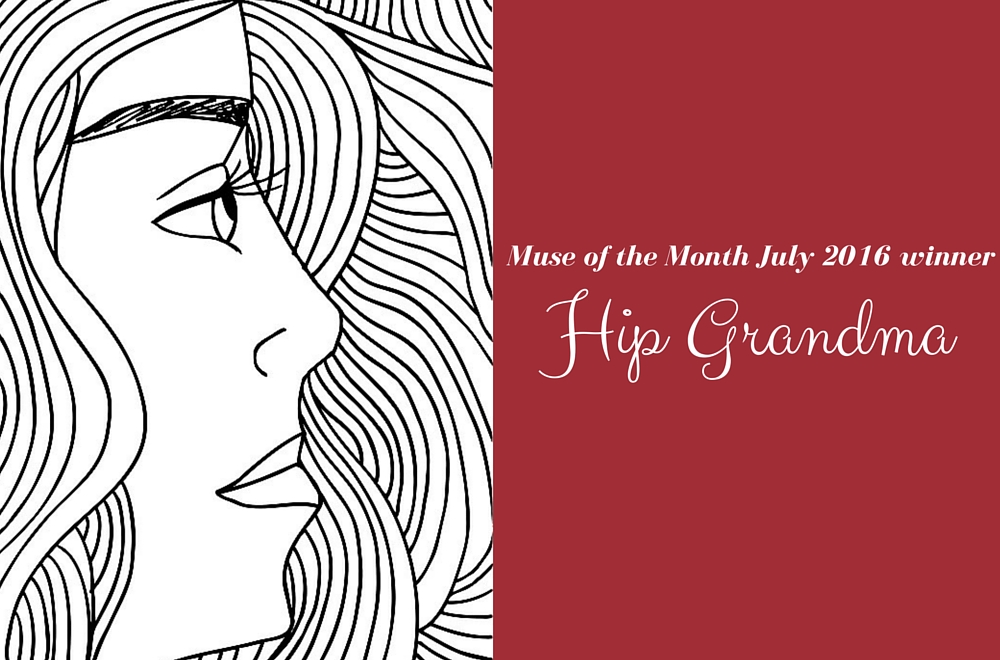 Dreams, or daydreams? Any which way, they can take you you on your own journey, and give you something to think about. So, dream away!

Here is the fifth winner of our July 2016 Muse of the Month contest, Hip Grandma.

I have always loved dreams. It is one reason why I prefer to re-heat the coffee that my husband prepares before daybreak rather than wake up on time to have it fresh. The early hours of the morning have an importance in my life. It is then that I have my dreams and I would do nothing that disturbs the sequence of my dreams. Dreams have a strange beauty – no matter how terrible!

The next question would be what I dream about and if I ever remember them? Well, to be frank, although I enjoy my dreams I do not remember most of them. But there are a few that I vividly remember and have left a lasting impact in my mind. Be warned. None these are romantic ones about my prince charming. Those were daydreams – the kind I indulge in even now – but the subject of my (day)dream has changed over time. And because I choose my subjects they are generally pleasant and certainly not terrible. So let us forget about daydreaming and stick to actual dreams.

Let me start with a dream I remember so well. Actually it was a recurrent dream that haunted me for three consecutive Friday nights.

It was on one such Saturday morning that I woke up with a start. I had a dream that my dad was in a hospital room, not as the doctor that he was but as a patient. Now, my dad, when I last saw him, weighed a healthy 175 pounds and although he was on medication for peptic ulcer, he had showed no signs of being seriously ill. I looked around to find my dorm mates fast asleep. I couldn’t wait for my best friend to wake up to tell her about my dream for it to not come true. I remember hoping that a few minutes delay would not matter.

Strangely similar dreams of my father being seriously ill with intravenous syringes administering blood and glucose to his frail body recurred on two more Friday nights. In the interim period I got a letter from my mother saying that daddy had been losing weight by around 10 pounds a month and he now weighed just 112 pounds. He was heading to Delhi for an operation because his food pipe was blocked and his dietary intake had been vastly reduced. I was devastated. I was shocked that a Friday night’s dream should come true. The rest of it is history. The ulcer in the duodenum turned cancerous and my dad passed away within 8 months of my dream.

It was a terrible dream and I truly wish that it hadn’t come true. But it had a strange beauty too. It was as if I was given a chance to look into the future. When I visited him in the hospital after his operation I was surprised that the set up was similar to what I saw in my dream. How many others have had such an eerie experience I wonder?

I have had more dreams some good, some bad, some unbelievable but the ones I vividly remember are generally those concerning my dad. A little before my wedding and eight years after he passed on I dreamt that he had come on leave with a big suitcase in hand saying that he would be staying with us till he was called back.

It was the scorching summer of 1998 – nearly 33 years after my dad’s death that I last dreamt of him. This time I was seriously ill and on bed rest with my BP soaring high.

I dreamt that I was called for an interview and my dad was waiting at the gate of some government office to escort me into the building. He makes me wait at the entrance of a chamber saying that he would come back for me. He takes an unusually long time and I remember thinking in my dream that he might have met an old acquaintance to talk to and had conveniently forgotten about me. I try to enter the room but someone stops me saying that I was not called. I insist that I had indeed been called and I am again told that I could not go in without being summoned. I woke up with a start and till date I wonder if my time to depart had come but had been granted a new lease of life.

Strange it may sound but dreams are beautiful – even the most terrible ones. I am no interpreter of dreams but there have been occasions when I have hoped that a dream that had abruptly ended would continue when I fell asleep again. Dreams transport one to a different place and time. Dreams help us meet long forgotten friends and our near and dear ones – dead or alive. For a short while everything we dream of seems so real.

No, I have not been otherwise forewarned about any impending danger in my personal life through dreams nor have I been able to dream about someone of my choice at will. This has disappointed me because I have never had vivid dreams about my mother much as I might have wished to. This is what makes dreams beautiful. You don’t seem to have a choice. There is a certain amount of enigma – a surprise element – to dreams.

I really don’t know what to make out of the dreams that remain etched in my memory. But I do enjoy my everyday dreams though I cannot remember much of it when I wake up. For instance I vaguely remember a dream about enjoying a get-together with my colleagues in college all of whom spoke Tamil. It seems so funny now but at the time it seemed so natural!

Psychologists interpret dreams as being an expression of suppressed desires. I do not subscribe to this view. For me dreams are a part of my existence and I’d rather not look for means to interpret them. As long as they take me back and forth in time free of cost and help me meet friends and family without budging an inch – in the comfort of my cosy bed – I have no reason to complain. So let me dream away…

Hip Grandma wins a Rs 250 Flipkart voucher, as well as a chance to be picked one among the 10 top winners at the end of 2016. Congratulations!