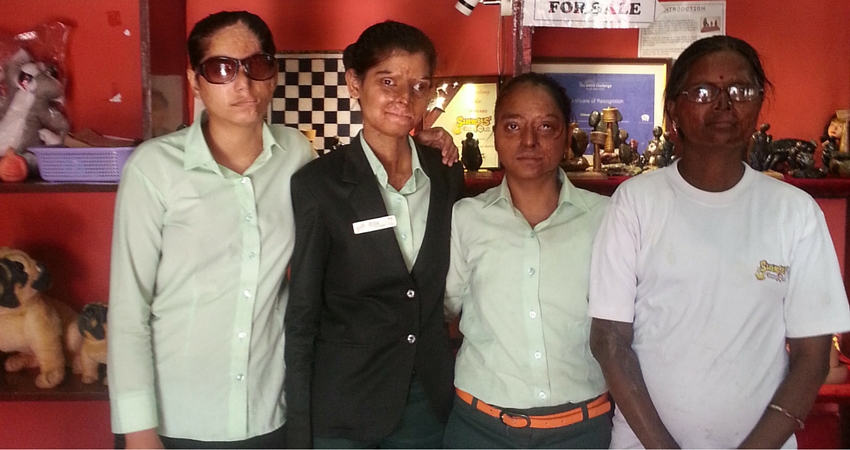 Here is the brave story of the ‘Sheroes Hangout Cafe’ in Agra, that facilitates, empowers and employ acid attack survivors.

As one takes a slight left turn at the busy crossing of Fatehabad Road in Agra, a small double storey building with bright graffiti immediately catches your glimpse. An equally colourful signboard on the building reads: Sheroes Hangout. For a little over a year now, this quaint little cafe has been one of the major attractions in the city, which was once known only for the pristine marble wonder, the Taj Mahal.

What makes Sheroes Hangout special, are the people at the helm of this unique cafe. Sheroes Hangout is the country’s first cafe which is run and managed entirely by acid attack survivors. Under the joint initiative of the Stop Acid Attack Network and Delhi based NGO Chaanv Foundation, Sheroes Hangout opened to business on December 2014. Within a year’s time, with the efforts of the survivors and their mentors, the cafe has multiplied itself from a coffee joint to a readers’ hangout with a small but well resourced library, an art gallery, a handicrafts corner, a designer boutique and an activism centre for women’s empowerment. With so many things on its platter to offer, Sheroes Hangout has become the new talk of the town. 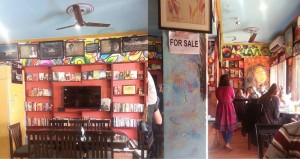 Aesthetically done interiors, with beautiful wall paintings and graffiti (mostly themed on women’s empowerment) and confident and smiling staffs greet me as I enter Sheroes Hangout on a sunny winter morning. I am here to meet Atul Kumar, one of the mentors to the survivors and manager of the place.  Ritu, who is managing the reception and billing section of the cafe, informs me that Atul is on his way to the cafe and I need to wait for a while. She hands me the menu card to place an order while I wait. The menu offers a varied platter: Masala chai to Virgin Mojito, hot soups, salads, and a range of sandwiches, burgers and fries. As I gloss through the menu I notice none of the items are priced. Rather, a note on a side panel reads: Pay as you wish. This is yet another unique feature of the cafe.

As I place my order and wait for Atul to arrive, I see the cafe slowly filling up. The crowd this morning consists entirely of foreign tourists. The flutter of activity inside the cafe shoots up as a tourist bus, carrying a group of 20 American tourists, stops outside and the passengers start trooping inside. The entire staff which consists of six acid attack survivors, moves around busily, handling their guests. The poise and professionalism with which they ask for orders, engage in small conversations and show the guests around the cafe is not only commendable but extremely inspiring. It makes you realise at once that the name Sheroes, a play on the word heroes to salute the spirit of the female acid attack survivors, is truly befitting.

Atul comes in soon after the American group has filled the cafe. He has been part of the Stop Acid Attack Network since its initiation and has mentored acid attack survivors to bring them back into the mainstream of life. It is from him that I get to know how the cafe was started. It all began with an attempt to rehabilitate Rupa, a 23 year old acid attack survivor from Uttar Pradesh. She was attacked by her stepmother when she was only fifteen. The attack not only disfigured her face but to use Rupa’s own words, ‘’it shattered my belief in family, love and life’’. She had completely shrouded herself in a veil of shame and distrust when the members of the Stop Acid Attack found her and gradually started mentoring her back to life. Her interest in designing was rekindled. In 2013, Rupa designed a few clothes and a designer shoot was done by Delhi based photographer Rahul Saharan. Rupa, along with fellow survivors Laxmi and Ritu modelled for the shoot. The pictures were put up by Stop Acid Attack on their Facebook page; and alongside, a campaign was launched in Indiegogo.com to raise funding for Rupa’s boutique.  The pictures went viral on the internet leading to an accumulation of surplus funds for the boutique. It was then that Stop Acid Attack, in collaboration with Chaanv Foundation decided to use the surplus fund to establish the cafe, whereby they could re-establish not only Rupa but also a few other survivors.

As more survivors kept joining the campaign from Uttar Pradesh, Agra became an eventual choice to establish the cafe. Also as Atul puts it, ‘’Agra is known for the Taj Mahal, a symbol of eternal beauty. We wanted to show that beauty is beyond physical appearance, and there could have been no better place than Agra to give shape to that idea.’’ The cafe started with five survivors and in a span of one year it has added two more survivors on its staff roll. The girls come from various parts of Uttar Pradesh, Haryana and Delhi. They are provided accommodation in a rented apartment, which doubles up as the rehabilitation centre as well, named Chaanv. 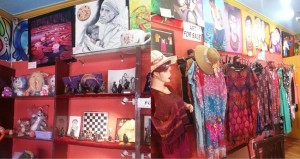 In the initial months Sheroes Hangout had to be financially supported by the Chaanv Foundation for its everyday running. But as the cafe started gaining popularity among foreign and domestic tourists, local students, and Aga residents, it picked up business and today it is completely self-reliant. I am curious to know how this could be achieved with a Pay as you wish menu. Atul explains that the initial idea behind the cafe was to give the survivors a chance to come out and interact with people, rebuild their confidence in facing others, and to promote awareness and encouragement among the visitors for the initiative. Apart from achieving their objectives, the idea has worked out to be financially effective as well. The cafe gets an average footfall of 50-60 visitors daily, who pay back reasonably (without any actual compulsion to do so) in appreciation of the quality of the services and also as a token of encouragement. The other sources of earning for the cafe are from the sale of handicraft items, and designer clothes stitched by Rupa. Sheroes has also collaborated with an art vendor, Arts Craft Villa, and started a commercial art gallery within the cafe. A certain margin from the sale of paintings and artwork from this gallery goes towards the maintenance of the cafe.

The real success of Sheroes Hangout lies not just in being a financially profitable enterprise but in bringing about change in the life of several acid attack survivors who, as Ritu says, ‘’ (we) see this cafe as a lease of new hope and life for us’’. She adds ‘’the mentors and managers of Sheroes encourage us to not just work in the cafe and become financially independent, but also to pursue our passions’’. Under the guidance of Sheroes team, Anshu a seventeen year old survivor from Bijnor has gone back to pursuing her studies. She will be appearing for her twelfth standard boards next year. Dolly (15), the youngest of the survivors is training in dance and music, while Rupa continues with her passion for designing.

Interacting with fellow survivors and mentors have given these young girls the courage to come out of self guilt which is a common post trauma syndrome faced by most of the survivors. Dolly who was attacked by a man double her age because she refused his lewd advances says, ‘’for months after the attack I locked myself inside the room thinking it was entirely my fault. I gave up studies. I felt ashamed of my face and the strange stares that it invited from people. But after coming to Sheroes, I interacted with Ritu Didi and other survivors. I realised that the attack was not my fault. I have gained courage to come out and face others once again’’. Neetu, a twenty four year old survivor who has also lost her sight because of the attack says, ‘’Earlier I used to feel it is better to die. But now I pray every day to live longer and fulfill all my dreams. Sheroes has given me that strength to dream.’’ 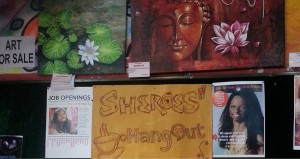 Acceptability in the society and also within the family is a major issue faced by acid attack survivors. As Atul points out, ‘’many of the survivors have been attacked by members of their own family. So discrimination within the family continued for these survivors even after the attack. But now as they have come out and are able to earn their own living, they are better empowered to fight these discriminations and claim their space within the family.’’  As more and more people visit the cafe, awareness is gradually increasing against this heinous crime. ‘’People write and talk about our cafe in different social forums and social media sites. This has generated an increasing and genuine interest and appreciation for the initiative and most importantly for our survivors among larger public. For instance, several students have come forward to become part of Sheroes. A student from an Agra college recently volunteered to teach English to the staff’’ says Atul. Sheroes has also been able to create stir in the government quarters. The Uttar Pradesh government has pledged support to the initiative. It has come forward to collaborate with Stop Acid Attack to identify survivors in the state and support their rehabilitation process. A space for acceptability of the survivors in the society is progressively opening up, and Sheroes Hangout deserves credit for opening up these new doors of hope.

Sheroes presents a unique model of encompassing claims of economic empowerment and social rights by those who are denied both. With each passing day it is steadily stepping ahead in achieving its objectives of empowering acid attack survivors and getting them accepted back into the society. And with its success, Sheroes is adding to the rich heritage and history of the city of Taj Mahal.

Being Reshma: Read It And Cheer For The Acid Attack Survivor Who Conquered