8 Tips To Help Children Cope With Tragic News And Events

Children are exposed to very real violence, either in real life, as in the Peshawar attacks, or in news and images on media like the television. Here are 8 tips for parents to help their children deal with tragic news and events. 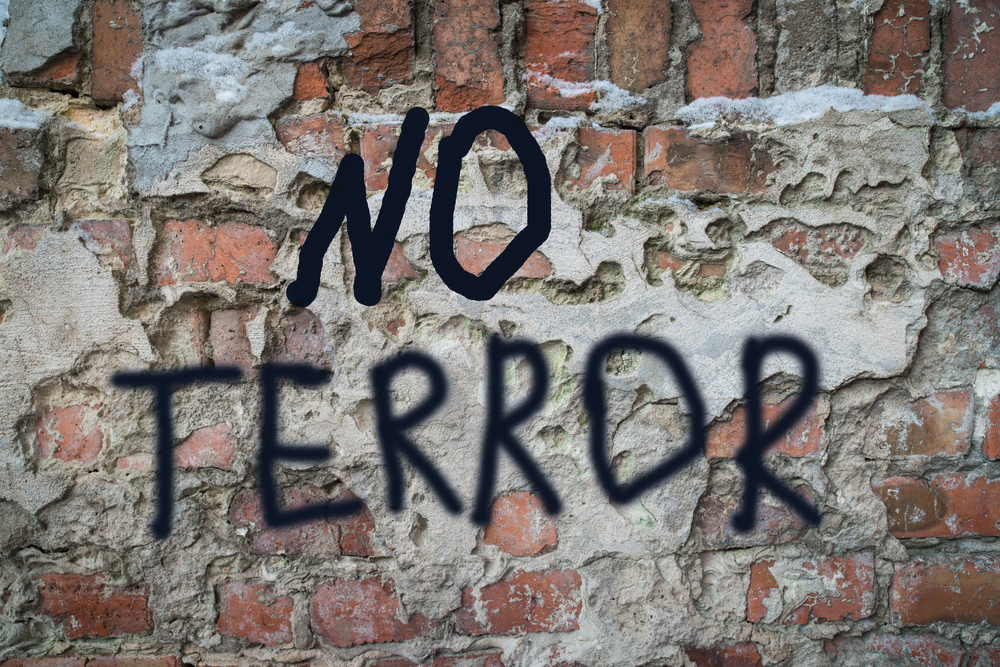 Children are exposed to very real violence, either in real life, as in the Peshawar attacks, or in news and images on media like the television. Here are 8 tips for parents to help their children deal with tragic news and events.

A few weeks ago, I was reading an article commemorating the one-year anniversary of the Peshawar School Massacre. A Taliban-coordinated attack at an Army School in Peshawar, Pakistan, on a chilly December morning in 2014, had left more than a hundred children dead. As a mother of young kids myself, I was filled with a sense of hopelessness.

Already overwhelmed with despairing political news from around the world – the Syrian refugee crisis and the terrorist attacks in Paris, I was challenged by a sense of reality. Violence and gunfire are not just in movies, it may very well be a part of our children’s day-to-day existence.

As much as I want to shield my little ones from real world negativity, I feel I have a parental responsibility in helping them make sense of their rapidly changing environment.

How can we, as trusted caregivers, strike this balance?

I remember watching the 2008 Mumbai attacks on my television – flames were billowing over the majestic Taj Hotel and news channels were going berserk. If those images were disturbing to me, they most definitely would confuse and frighten a 5-year-old child.

Young children don’t understand if footage is real or pretend. They cannot differentiate between what’s new and what’s a rerun. The best-case scenario would be to just turn the TV off. If that’s not an option, let’s limit how much they watch.

CNN Students News is one of them. A US-based, 10 minute, commercial-free program, it presents events and issues from around the world on a daily basis during the school year. Designed for middle and high school classrooms, I find their reporting simple and to the point, minus the gore.

You can preview the program and read its transcript before deciding if it’s age-appropriate to show your children.

Their December 17th 2014 podcast on the Peshawar massacre featured Malala Yousafzai, the youngest Nobel Peace Prize Winner. She brought with her, a heartening message of unity and peace in the middle of all that bloodshed.

Maintain a calm expression as much as you can

Children are very sensitive and as parents you may have noticed that they feed off of our energies. So if we express strong feelings of fear, anxiety and hate, they will model after us. The calmer we are, the more secure it is for them.

Give them extra comfort and affection

Those extra hugs and cuddles are therapeutic, not just for them but also for you. It provides reassurance that they are deeply loved.

We know our children the best. You would rather them hear about a tragic event from you, than from friends or teachers. Starting a conversation at home, with familiar settings, provides a safe haven for thoughts and questions.

Fred Rogers* in his popular parenting book ‘Helping to Understand Your Young Child’, suggests a very simple way to bring up the topic. Ask them directly – “what do you think has happened?” If the answer is “I don’t know”, Mr. Rogers, as he was popularly known, suggests a very simple reply. Something like “I’m sad about the news, and I’m worried. But I love you, and I’m here to care for you”. I found this approach so reassuring.

Gently nudge them to voice their feelings

“Are you sad?”
“Are you angry’?”
By validating feelings children express, we let them know that it’s ok to have those emotions. It’s comforting to know, that there is nothing to be embarrassed about feeling scared or confused.

Focus attention on the helpers

There is a popular quote from Mr. Rogers again, mentioned quite often in parenting articles – “When I was a boy and I would see scary things in the news, my mother would say to me, ‘Look for the helpers. You will always find people who are helping’”.

It comforts children to know that there are grownups (doctors, fire fighters, police and volunteers) that protect, and that humanity continues to exist around them.

There are so many things, even as adults, we cannot really explain to children – war, abuse, natural disasters, amongst others. However, what we can do is provide them with a safe environment to raise their thoughts, openly and without prejudice. We can also nurture our children, with our own positivity, teaching them kindness for those around them.

Hopefully, by taking these small steps, we can fulfill one of our biggest parental duties – raising compassionate and tolerant children, especially in this volatile world.

Start young! A few books to read together (age range 3-7):

In My Heart: A Book of Feelings by Jo Witek and illustrated by Christine Roussey – A gorgeously illustrated book, it explores different emotions and how it feels physically, from the inside. The ability to associate a word with how he or she’s feeling is very empowering for a young child.

“Sometimes my heart feels like a big yellow star, shiny and bright.
I smile from ear to ear and twirl around so fast,
I feel as if I could take off into the sky.
This is when my heart is happy.”

God’s Dream by Archbishop Desmond Tutu and Douglas Carlton Abrams
– Even though this book has a religious connotation, it’s simple message of togetherness, is heartwarming. Filled with colorful images of young children of different races and religions, it’s a wonderful read.

Whoever You Are by Mem Fox – A colorful picture book, it celebrates inclusiveness. The author’s message is beautiful – we are all the same on the inside, no matter where we come from and irrespective of the differences that separate us.

“Little one, whoever you are, wherever you are,
there are little ones,
just like you,
all over the world.”