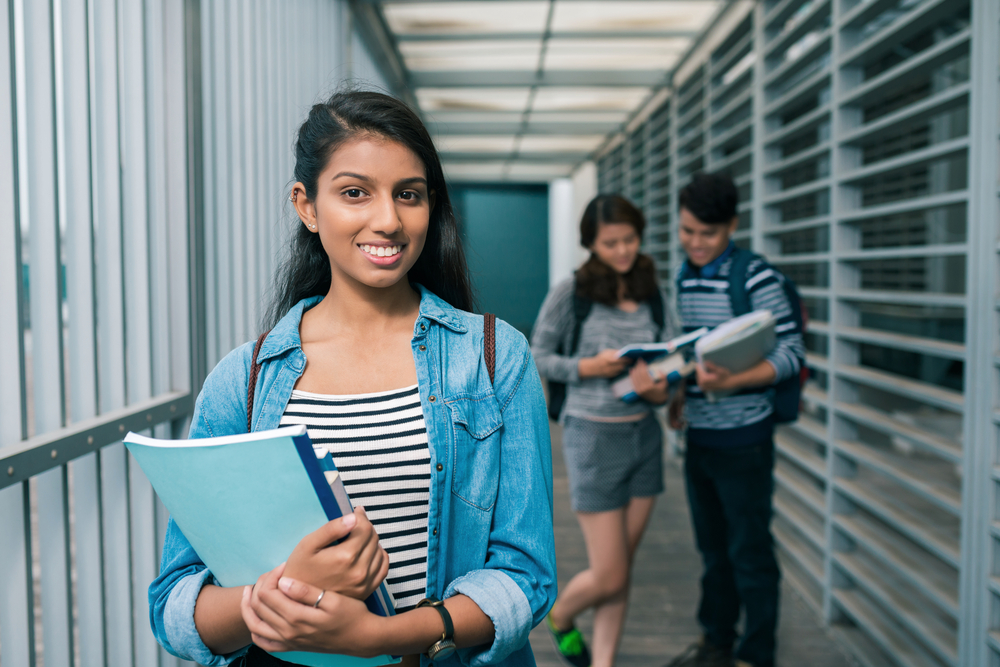 High school students today are all in a rat race chasing success in life. While the rat race is important in today’s education system, here are 5 tips for finding focus at a critical point in your life.

When I was in my 11th and 12th, grades and marks were the things that loomed large. I personally feel those are the worst years of a child’s life. There is peer pressure, there is parental pressure and then, there are the hormones. Creativity is killed. There is no time for hobbies. It is a rat race – Keep running. Why? Because others are running too!

Only a few recognize their goals at an early age, and, I would say they are lucky. They know what they want, at an age when there are multiple goals and multiple ambitions offered as choices. Blessed are those teenagers. And then, there are the others who see many professional options, and yet, cannot precisely decide upon what they would like to do.

I was a confused brat at that age, without any vision or goals. I spent most of my time reading books other than academic ones. My mother pushed me to study more. Spend less time on extracurriculars. Oh, yes, we had our fights, but I knew she cared about me, so she often got her way. Later engineering happened and then a good job, marriage, kid and all. Yet, over the years, I often thought, “Had I been clearer in my goals at that age, I might have had a better chance at doing better at what I am currently doing.” Today, all that changed after my interaction with a bunch of 11th graders who made me feel glad that I was the way I was.

We have an annual function coming up for the school, for which the 11th graders were to put up a skit. Knowing that these bright teenagers were proficient in speaking and acting, I was happy and enthusiastic as a teacher. After speaking to them I had 20 who showed an interest in participating, by the end of the week.

We had a brainstorming session in which we decided upon the opening scene. The skit was decided. The characters were known. Dialogues were available. But today, many of them said, with some hesitation, “Ma’am, we cannot participate. Our studies might get affected.” I had made sure that they did not have to waste a minute of their academic periods on this. And, importantly I had made sure they did not even have to stay back! Some later came out with the truth that their parents do not want them to participate. I felt sad.

I still remember my time as a XI grade student. I had a similar conversation with my mother. She did not want me to participate in the annual function thinking it would affect my studies. My concentration was nil but worse, I was stubborn. And that defiant streak in me got the better of our debates and I participated in the function. And as predicted by mom, I did not fare very well in the exams.

But then, I can only say one thing – I was happy. At least for those few minutes of my life on stage, I did not care about what the world thought about me. I was free from the claws of pressures that came from teachers, home, friends and relatives. Ironically, my parents have allowed my participation in every little activity until the 10th grade. However, the moment 11th and 12th came into the picture, there was an abrupt change. Marks had to be scored. A certain percentile needed to be crossed. A good college had to be sought. And then, I wondered, why?

And, I still wonder why, now! I have seen extremely mediocre students blossoming into highly successful people and at the same, toppers stuck in ‘dream jobs’ that may not necessarily be what they may have dreamed of. A teen cannot be possibly studying 20 hours a day at a stretch without taking needful breaks. I was about to give these teenagers a piece of my mind but then, stopped myself. Who am I kidding, after all? Like one of the students remarked, “Ma’am, there is a cut throat competition out there. And we have to score to get into reputed colleges. These days even a 95% is not enough.” I felt bad for these teens. It dawned on me that the education system of today is clipping the wings of creativity and killing intelligent minds.

Nonetheless, I have a few words for all the 11th and 12th graders out there.

11th and 12th is important. But then, your life matters even more.

Cultivate a hobby that gives you a necessary and healthy diversion from the mundane academic routine. It could be anything like reading, writing, playing a sport or a musical instrument or, even a brisk walk in the evening. Steer your minds towards enhancing the artistic side of you. There will be time enough later to seek your soul mate. Before that, you need to seek your own soul and feed it with what it needs and not with what your mind appears to want.

Learn to be decisive.

You do not have to necessarily do what your friend is supposedly doing. For instance, if your friend is preparing for a competitive exam, that does not mean you have to do the same without a reason on your part. Maybe, if you do your own research, you might be enlightened about the niche fields of work out there. Learn your interests. Feed your talents.

I recently had a conversation with a dear friend who was about to join a workplace after a long time. A lot of worries hounded her as to how she was going to achieve the perfect work-life balance with husband and two kids. I believe, you never know the answers to such questions unless you take the plunge. Only when you do, you realize your own potential. Yet, she had a good reason to fear in the beginning as she has responsibilities towards her family.

But what are the teens of today fretting about? Food, clothing, shelter and fees are taken care of. All they need to do, is do what they have to. Yet, there is an ingrained fear of failure even before taking the first baby step. Why? What the teens fail to understand is that, when the beginnings happen, things fall into place far more quickly than they could imagine. Which is why, they say – A beginning is a work half done already.

As much as it sounds fashionable (you have a gazillion articles on these lines), it is extremely difficult for a student who is still exploring the realms of his adulthood. In my days, as soon as I finished my studies, I would switch to a novel or, a sci-fi movie on TV (should it be there) much to the chagrin of my mother. As for my father, he was cool and had declared that he was happy as long as I passed (considering I was always within the top ten ranks)

But these days, the scenario has undergone a makeshift. Phones and tabs have replaced books. So, the pull to virtually socialize is nothing but a desire camouflaging as a desperate need. The selfie mania, the current status of relationship, etc., is taking away the personal space of a child. Yes, an 11th/12th grader is still a child, even though on the cusp of adulthood.

The reason I feel that some alone time is important is because, one gets to sit and think about what he or she really wants to be in life. A time when the child is free from the texts of friends or, the nagging of parents/teachers, or even the burden of tuition, is extremely crucial for a smooth thought process. Apparently, a teenager of today would laugh at this ‘alone time’ concept – “Really? You have no idea about our hectic schedules!” But then, a 30 minute time out is in no way going to affect your time table. Or, will it? 😉

Pray every day for at least 2 mins.

Whether or not you believe in God, whether or not you visit holy places, whether or not you question the existence of life, you should try praying. Not that God is going to help you with more marks if you pray, and won’t if you don’t! Prayers are for enhancing the mental shield. They not only augment your concentration levels but also help you listen to your instincts more clearly. And, a person guided by his or her instincts can never go wrong ever!

As much as I have begun to detest the education system of today, I know for a fact, that my son, a preschooler is also a part of it at a preschool level. Yet, as a parent I would strive hard to not let myself pressurize him unduly in later years only to realize that my son may have different interests altogether and he might be a good photographer or an excellent actor for that matter! (yes, he can make the world around him laugh until tummy hurts!)

Jokes aside, there are many things in life that we take for granted. Student life is one such time when we take almost everyone and everything for a ride. But then, a teenager has to understand that life ahead has a lot of rumble strips. Rather, the road ahead is going to be bumpy at some time or the other. What is needed is, a few minutes of strong courage to achieve a goal in life. That said, your neighbor’s goal of becoming a doctor may not be yours. Or your goal of becoming a fashion designer may not be your best friend’s agenda. It is better to look beyond the known prospects and explore your options far and wide.

And I would say – Good luck and Godspeed! 🙂

A Wake-Up Call – What Was I Doing To Ensure My Physical Fitness In Old Age?

That Time Of The Year When Indian Parents Are Obsessed With…