A Girl Like No Other: Meet 8-Year-Old Mhonbeni Ezung The Youngest Recipient Of Bravery Awards 2015

Mhonbeni Ezung is the youngest recipient of the National Bravery Award this year – for a feat that is not only astonishing, but endearing as well. 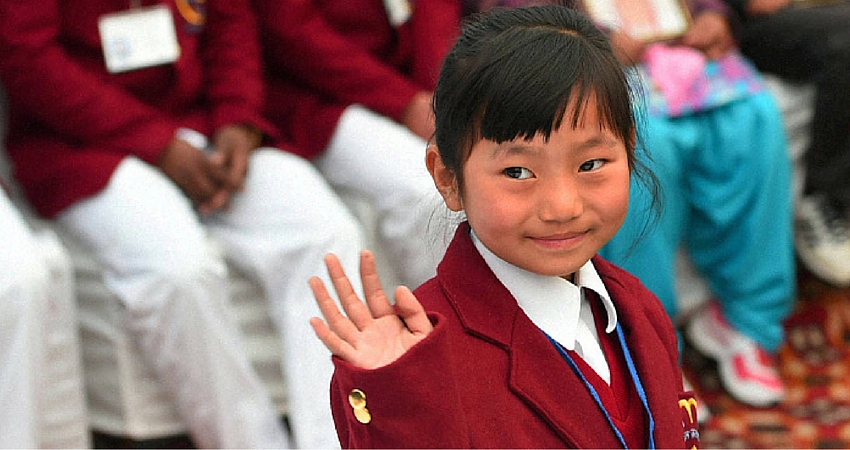 Mhonbeni Ezung is the youngest recipient of the National Bravery Award this year – for a feat that is not only astonishing, but endearing as well.

If you were to ask Mhonbeni Ezung what the greatest adventure of her life was, she would have to pause and debate between running over five kilometres in a dense forest, singlehandedly coming to the rescue of her grandmother, and giving her father the chance to meet the Prime Minister of the country he serves for. All at the tender age of 8.

A girl like no other, Mhonbeni Ezung is the youngest recipient of the National Bravery Award this year – for a feat that is not only astonishing, but endearing as well.

On a fishing trip along the Anunga Hayi stream in Nagaland, Mhonbeni sensed trouble when her grandmother, Renthunglo Jungi, then 78 suffered a stroke and went unconscious. The stream was however, a good four or five kilometres from the Chudi village, where her grandmother resided; where she could contact people who could help.

Without thinking twice, Mhonbeni got to her feet and sprinted through the dark, dense forest that separated the village folk from her grandmother, with no concern of any danger but the potential one of losing her grandmother. She was able to fetch help in time, and Renthunglo was rushed back to the hospital.

This act of exemplary courage might have fetched her the coveted Bravery Award – but it also got her a ton of love from her grandmother, she says, in a heartwarming display of childlike innocence. She also received a medal, a certificate and cash for the same, along with the promise of financial assistance for the rest of her studies.

Cover image via My village-My pride