If It Is Meant To Be, It Will And If Not, Then Let It Go

The author reflects on why people in India regard divorce as the end of all happiness when it could also signal the beginning of new and hopeful things, especially in the case of unhappy marriages. After all, if it is meant to be, it will and if not, then let it go.

But not anymore I would say, at least not for certain classes of educated and sensible people in urban India, divorce is not a taboo, nor a moral sin anymore.

I would not say all marriages where differences exist should end in divorce, but unhappy marriages definitely should, for we have just one life and the desire to be happy is not a crime, or something to be deferred to a later time. There is no logical point there. Even then ironically, we view divorce as the end of all happiness!

Some familiar reactions to divorce

Marriage is a union of entirely different and imperfect people agreeing to merge their imperfectness in a perfect way. It is no miracle and no marriages are made in heaven. It happens right here, right upon this raw soil of our earth. and it is perfectly alright to dissent with each each other.Unfortunately, some marriages end up like swampy pits – the harder you try to save your marriage, the deeper you get embedded in the grime.  And when you feel you are sunk neck deep in the ugly quagmire, the only way is to try to tow yourself out. For such people, divorce is the last resort, the panacea from all the pain and sufferings endured till then, as they struggled to cling on to whatever hope that was thrust upon them in such situations. But I bet its not so easy to go through the process as easily as I speak of it.
You are sure to hear some familiar refrains.

“What would be  life be after that?”

“Who will look after you in your old age..?”

“How will you survive alone in a patriarchal society without a companion?”… so on and so forth

Those mothers with children, are destined to hear them more ….

“What about kids? Their lives would be torn apart “!

“Poor, love depraved children, they will never get a proper upbringing”

“They will grow up with behavioural problems and insecurity.”

And then there advice that is even more cliched:

“For the sake of kids, be together, even if it means you have to stay unhappy!”

“Once kids reach adolescence, they will no longer be in your hands and you would then crave for your partner’s help to control them!”

“For the sake of monetary security and well being, throw away your self respect, after all its your better half before whom you subjugate!”

The reality of divorce

When you finally decide to let the cat out of the bag, and muster the courage to say the D word, expect nothing but a U-turn from every single quarter. Let me tell you, even those who stood by you till then, those who witnessed your traumas, would then start questioning you for not raising your tolerance level even more, for the sake of kids. They will consider you ‘worthy’ of divorce only if you are beaten up black and blue, abused to the core, inflicted with sadistic tortures; otherwise you will be branded guilty of “not trying more” to keep the marriage intact! So when do you feel she is ‘worthy’ of divorce? Only if she is lucky enough to survive it all, that is!

Let me tell you, even those who stood by you till then, those who witnessed your traumas, would then start questioning you for not raising your tolerance level even more, for the sake of kids. They will consider you ‘worthy’ of divorce only if you are beaten up black and blue.

For times have changed and the word divorce has lost its power to terrorise us. The world has started accepting it as not the end of the world and in some cases, it tends to be the beginning of a new life and an end to a miserable one. Not anymore does one advocate to remain in a toxic marriage. It is not a decision of those with low tolerance levels. It is for those who have tolerated enough and will not have any more life to spare to tolerate more!

For me, the end of some marriages would only mean escape from an otherwise unhealthy relationship that had chained them for years and the right elixir for all the bruises they had suffered all through their marital journey. It will be a fresh whiff of air for kids who would otherwise grow up in suffocation watching their parents in constant conflict, insecure of their safety and future. Furthermore, where the kids are brought up in an atmosphere where their mother is constantly been degraded, insulted abused and even manhandled, by advising to stay in such a relationship, what are we trying to set example for our future generation? Please be prepared to feel guilty of breeding another set of young chauvinists who would think it is only natural  that their female counterpart should not feel offended for being abused, just because she is a ‘woman’.

Then there are those who feel ashamed of being labelled a failure and who decide to stay on to the marriage just to exhibit their spouse in front of society as a happy couple. That would only encourage their children  to grow up as archetypes of their parents, more inclined to develop a pseudo image, one in front of society and a hideous one before their own family. Not to undermine is the fact that if it is the mother who is constantly under stress, it definitely will reflect on her mental stature and the quality of upbringing  of her children. I would say, only if the mother is happy, can she raise her children in an ambiance of joy affection and a positive attitude.

Not that I say that kids are not affected at all and that it will be a cake walk for them to watch their parents set off in two different directions. Of course they are affected, but I bet in some cases, they will be better off than the constant trauma of seeing their parents fighting or being raised in vacuum environs, devoid of love and affinity towards each other. The physical change in the family arrangement,  might put them in a shock initially, but all that we can do is to guide them, love them unconditionally, and decide amicably not to put them in undue pressure as to whom to love, how to love and when to love. You might have discontent with your spouse but try not to impose them upon your child, for they might have a different image of their parent and to shatter them would only leave you in bad light . They will definitely have their own predicament , once they reach the age of understanding and definitely you need to give them some space and time to grow up that would enable them to really understand the crux of the situation in which you decided to take the crucial decision.

Furthermore, where the kids are brought up in an atmosphere where their mother is constantly been degraded, insulted abused and even manhandled, by advising to stay in such a relationship, what are we trying to set example for our future generation?

In a nutshell, to part is sad, but we should also understand that to amputate one of our vital organs sometimes becomes necessary, to prevent malignancy from metastasizing to our other limbs as well and therefore we must strive to satisfy ourselves and adjust with what all we are left with. For that is nothing but plain common sense and there is nothing to be guilty of or ashamed about.

If a relationship is meant to stay, no matter what, it will stay, But if it is not meant to be, then there is no point clinging on to it unconditionally forever.

If it is meant to be it will, if it is not , then let it go.Image via Shutterstock. 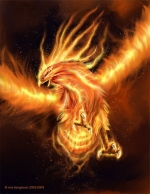 A mother and working professional, interested in writing, travelling, photography and painting. Much fascinated by