The author, who works in a school, is left surprised by young Fardeen's question. 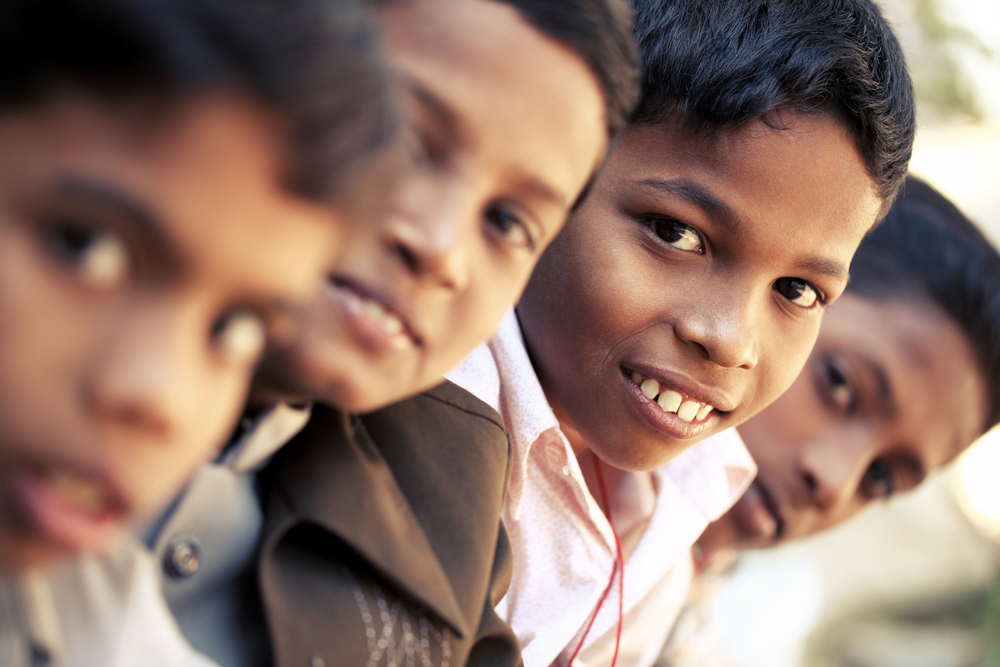 The author was left surprised by a question that Fardeen, a boy in her school, asked her so remarkably.

On the last Friday of Ramadan, as I walked into the school premise with my head mentally making notes of the things that I needed to do and the work that needs to be completed, Fardeen, an eleven year old boy came to me. His face was beaming with happiness and eyes sparkling with excitement, emotions that somehow did not align with my frame of mind. He came and wished me good morning and then stood still with his hands crossed over his chest and a mischievous smile across his face. He looked a bit disappointed when his happy eyes met my quizzing gaze and to give me a hint of the reason for his blissfulness, he subtly pointed towards his feet. I looked down and saw he was wearing a pair of brand new sandals. Feeling confident and proud of my intelligence, I enthusiastically appreciated his sparkling new sandals and started walking toward my office. I took a few steps before realizing Fardeen was still following me and had that look on his face that said there’s more to it. I stopped and decided to ask him a few questions about his sandals and the shopping that he was so happy about when he said “Didi, ye Eid ki chappal hai. Aapne Eid ke kapde kharid liye?” (Didi, these new sandals are for Eid. Have you bought new clothes for Eid?”)

Fardeen’s question silenced me. For once , I was left without an answer. I contemplated telling him that I did not shop anything but it would be a herculean task to explain it to him why I didn’t shop for Eid. As I furiously searched for an appropriate answer, luckily for me, the bell rang and he promptly forgot all about the question that he had tossed at me and ran inside the building to start the day.

As I saw him speeding away, I found myself in a tussle of thoughts and felt annoyed because I could not very well form an answer to his question.

Homo sapiens are a fairly intelligent specie. Apart from being able to survive and be in control of this planet, we have devised ways not only to sustain ourselves but also to be happy. Not to just exist but to live and a huge part of adding a splash of colours to our monotonous lives is played by the festivals that we so joyously celebrate.

We all celebrate some festival or the other but we all do not celebrate all the festivals together. This might sound like a matter of fact statement to us adults but it would seem highly confusing to a child. A child who sees his family preparing for the festival, his neighbours celebrating the festival, his entire village and all his friends being happy for the festival would be surprised to come across a person who does not share the same enthusiasm for the big day.

As the day proceeded, I overheard another conversation that added to the misery that my mind was going through. A group of children, between the ages 5-7, were discussing something among themselves. One of them asked a girl standing with them about where she would be shopping for her goodies and the girl simply replied “hum Diwali manate hain” (we celebrate Diwali). Surprisingly, the other children seemed to understand the answer and moved to the next hot topic of conversation.

I was a bit taken aback to see a group of children who are just learning to read and write, who are yet to learn about the world and the people and society, already constructing certain principles where they can differentiate between “us” and “they”. Where they can on the basis of rough milestones, divide themselves and understand the reason behind the other being “different”.

I was a bit taken aback to see a group of children who are just learning to read and write, who are yet to learn about the world and the people and society, already constructing certain principles where they can differentiate between “us” and “they”.

We humans are in a constant hurry to align ourselves to things or people similar to us, to group ourselves, to huddle on the basis of certain traits.

A person meeting another person from the same colony living in the same city quickly associates himself/herself with that individual. Two people meeting in a different city coming from the same hometown would quickly form a bond, two Indians meeting outside their own country would be glad for the other’s presence, two people from the same continent when meeting each other for the first time in a different continent would be pleased to meet and two people lost in space would meet each other with the love and affection that would go beyond the continents, the countries, the cities and the colonies.

To be glad for the presence of the other, to accept and look beyond the preferences shared and to live keeping in mind a simple thought that beyond the boundaries that we ourselves created, we are but one is what in my opinion we all need to learn. We form the society, we made the rules, we made an imaginary friend and then we divided on the basis of the friendship that we keep with that friend of ours. We are an extremely intelligent and amusing species. We complicate things and then we fret. Keeping things simple is certainly not the easiest thing to do. As adults, we tend to make a list of reasons that would make us happy and then we are no longer happy for the things that go beyond our list. When we stick to our separate individual lists, we set an example of inclusion and exclusion, of “us” and “they”.

For humans or as any other species, association is an important part of existence but understanding the reasons that come naturally to us as a species would be more beneficial rather than creating reasons that don’t really exist.

For humans or as any other species, association is an important part of existence but understanding the reasons that come naturally to us as a species would be more beneficial rather than creating reasons that don’t really exist.