The Barbie Effect: If Looks Could Kill

The Barbie effect on young children can be quite damaging. The concept of being fair and perfect is all Barbie teaches that finally leads to self violence. 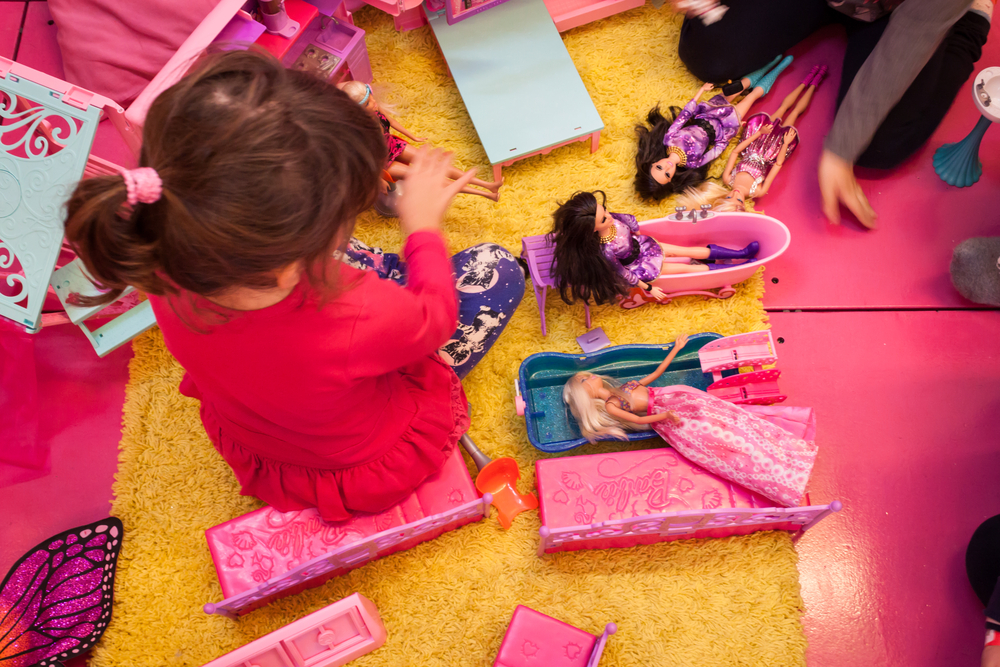 The Barbie effect on young children can be quite damaging. The concept of being fair and perfect is all Barbie teaches that finally leads to self-violence.

“Mom, I don’t have a Barbie pink skin tone. Am I not pretty?”

It was alarming. My daughter is ‘fairly fair’, even though I have more of an Asian brown hue. While we have never discussed anything even remotely related to skin tones, it looked like the subject of colourism had finally found its way into the mother-daughter conversation.

Given that I have always maintained that all colours are beautiful, I had to gauge where this was coming from! When I further broached the topic with her, I learnt that Barbie was her role model – the way this doll styled, groomed, looked like and the things she possessed – basically, anything and everything Barbie did was therefore bound to be ‘perfect’ in my child’s mind. I realized that I had to urgently talk her out of this, before her tiny brain got muddled with such social discrimination.

I explained to her that it was of far greater importance to be a nice person than to look like a Barbie. I also pointed out that the women she loved dearly (her younger sister, her best friend, me) were also all of different skin tones, and questioned her whether she would ever compromise on those relations because they were not ‘pink’? “Absolutely Not!”, she said, deliberated for a moment, probably evaluating in her little mind whether I made sense, and then to my satisfaction, left the doll beside me and ran away.

However, after this little banter, I ended up mulling over my own childhood, when my parents also used to – probably unwittingly – impress upon me the fact that I was dark complexioned.

However, after this little banter, I ended up mulling over my own childhood when my parents also used to – probably unwittingly – impress upon me the fact that I was dark complexioned. I was not allowed to play in the sun, my mother diligently used to make different face packs for me, and my clothes were shopped to suit my skin tone. Somewhere down the line, I even became extremely conscious and started having self-deprecating doubts about my beauty. So much so, that I sadly grew less apprehensive to phrases like “you’re pretty, only if you were a bit lighter, you would have rocked”. As if such statements would possibly mellow down their intra-racial bigotry!

Thankfully, I never had a Barbie or it could have been worse! As I grew up, my friends, my peers and later my husband, also instilled in me the confidence that these things didn’t really matter.

All that said however, the fact remains that our society has promoted the concept of colourism in a multitude of ways, for almost an antebellum period of time. And the negative emotional impact of it has been such that it is no more an issue or a problem but has become a disease.

Colourism, or skin tone stratification, as it is often referred to, is arguably a remnant of slavery. It is a result of ‘pigmentocracy’ – discrimination of wealth and social status on the basis of skin colour. In the days of yore, preferential treatment was given to lighter skin while their darker counterparts were associated with poverty, backwardness and field work.

Colourism should however not be confused with racism. It is determined by multiple factors, including ancestry, even though skin colour is a contributing factor to differentiate racial features.

How is skin colour determined in babies?

As Maurice Cherry said, “skin colour is primarily determined by melanin presence, an inherited trait.” Of course, this can change over time because of environmental conditions such as exposure to sun or skin sensitivity. Another misconception stems from what possibly Adisa Nicholson suggested – that skin colour is determined by one gene, which can actually be misleading. Skin colour is in fact, an example of polygenic inheritance, which implies that multiple genes collectively influence phenotypic an expression of the trait. There are actually several different genes that regulate a variety of processes of melanin production. Therefore, there is no one gene that can determine skin colour, and even much less whether someone is a “black or white”. Infact a child’s complexion will be an intermediate combination of all the possible light skin colour genes of one parent and all the relatively darker skin colour genes of the other parent. Potency of the genes will further determine the variation in shade of several off-springs of one set of parents.

Approximately, a 3-11 years old girl owns at least 10 Barbies and spends hours pampering and dolling her with makeup and dresses. My two daughters, aged 6+ and 4, also have 7-8 Barbies. They colour her hair, straightening and curling them and at times, also enact and play as one themselves.

Barbie is a synonym of perfection! She has the perfect body, perfect skin, perfect hair and perfect life. Girls start associating these things with happiness and it then becomes a vicious cycle; one that leads to low self-esteem, health disorders and unjustifiable expenses. Even the somewhat unrelated eating disorder pandemic of our modern world can be attributed to this social conditioning. It is estimated that about 8 million people in the United States alone suffer from it, of which 85-90% are females. Interestingly, 80% of these females are less than 20 years old and many of them have also accepted that they bought into this concept of a perfect skinny look at the age of 4-6 years, around the same time when these little girls get their first Barbie doll.

It pains me to read such data, to realize that our children are clawed into such frivolous issues, to know that our small girls and boys may not feel beautiful and confident because of their brownish hues. It angers me to see that skin bleaching products constitute a multi-billion dollar industry, that marketing of beauty products uses colour discrimination to sell itself – shamelessly screaming at us to transform into unrealistic versions of ourselves, further perpetuating our anxiety about our looks.

We urgently need to educate our younger generation (both boys and girls) about this detrimental impact of media and advertising in their formative years, so that they are no longer adversely influenced by such misdirected messaging.

When I became a parent, I also realised soon enough that we have to lead by example. Children learn less by what we say and more from how we behave in front of them. Do remember that even without us realizing, our children’s eyes are always upon us. We are grooming them through our every word and action, every moment. Do often talk to your child, challenging the definition of ‘beauty’ that this society sub-consciously portrays during the impressionable age. But just as often and more, also appreciate not only the looks of people that you find attractive, but also glorify the beauty of their actions and behaviour. This will hopefully also instill a sense of self-appreciation and self-worth in your child. Demonstrate to your child, the greater importance of inner beauty over outer appearances, soul over skin, spirit over body.

I read this quote somewhere and I not only love it for its succinctness, but also because it so well summarizes my own ethos on the topic – “The colour of your skin is not a cross you bear. It is beautiful.” 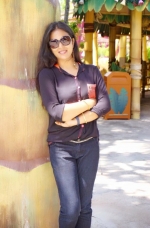 I realized that despite my degree as a Master in Microbiology, writing excites me more! I am a freelance writer, a blogger; I maintain my own blog www.creativepen.in and also am a marketing read more... Dilemma Of A Bride: Before And After