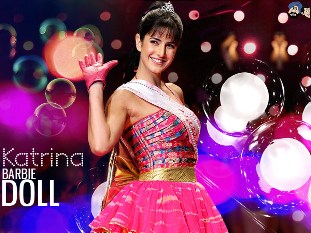 I’ll Be Barbie When I Grow Up

A growing celebrity culture and 24×7 connectivity means that ‘role models’ today exist only as long as their 15 minutes of fame.

I’ve yet to sit through an entire episode of Simi Garewal’s India’s Most Desirable without cringing so terribly in second-hand embarrassment for everyone involved that I had to change the channel. But watching the youthful, enthusiastic audience on it makes me wonder if she knows something I don’t. Maybe these painfully young celebrities, trying to act more worldly than their years, who have nothing interesting to say other than the fact that they’re rich and good-looking, are the role models of today.

Even the term “role model” seems charmingly old-fashioned these days, more suited to beauty pageants and earnest 10-year olds in need of an essay topic. It used to be that a role model was someone you selected because their achievements held personal meaning for you – now they and their fabulous lives come pre-packaged and ready for consumption via a host of media, all of them focused on what sells.

Not surprisingly, therefore, the most celebrated role models tend to date from before the internet – or at least before people started carrying it with them on their phones. In the time before we were all connected to each other 24×7, it was easy to confuse an actor with the roles he played or admire a sportsman without knowing how he conducted himself off-field. Now you know Priyanka Chopra’s plans for the weekend, the state of Aishwarya Rai Bachchan’s uterus, Shane Warne’s embarrassing transformation into Liz Hurley’s Ken doll, and Shahrukh Khan invites you into his home for a personal tour.

Women, of course, have their own added burdens. Their personal lives are always somehow more suspect, their achievements less valid, their causes and concerns a mere passing phase that’s easily fixed by marriage and a couple of kids. Strong women are only palatable if they derive their strength from a higher power like Mother Teresa; otherwise they are “manly” and “aggressive”. And if all else fails, just hide their accomplishments under a mountain of glitz.

Consider Katrina Kaif, a hardworking young woman who has spent years in a foreign country (i.e. India), learning its language, adapting to its culture, working in an extremely demanding masculine environment, and living on her own. From Boom to Zindagi Na Milegi Dobara, she has managed to make it to the top of her chosen career. As a working woman, she’s a hell of a role model. But according to her press, Katrina Kaif’s greatest accomplishment is who she’s dating and the fact that she’s the living embodiment of Bollywood Barbie. And you too can be like her if you buy this fairness cream.

This is not a phenomenon restricted to actors who, after all, make their living based on their looks and thus might be expected to deal with this kind of scrutiny. Hundreds of trees died so people could read about the length of Sania Mirza’s skirt and the details of her wedding party. The Gandhi women – Sonia, Maneka, and Priyanka – still inspire fan fiction related to everything from the men in their lives to their clothes.

Maybe we should take heart from the fact that the press has now experienced a similar nervous breakdown over MS Dhoni’s style statements and poor Ratan Tata is drawing unwanted attention to his singleton status on the cusp of retirement. But it begs the question: what constitutes a role model in this day and age? Someone who wins a poll run by a news channel or the steroid-crazed action hero your toddler loves to imitate?

A study about women in Indian politics (PDF) notes that female role models are important for women because they help create a roadmap for dealing with common challenges. I’d argue that what women need today are mentors. As times change and more women enter the work force, the number one challenge facing women is that they are denied access to something that men take for granted every day – other people who’ve been in the exact same position they are in today.

There is a reason why so many young women automatically declare their mothers when asked to name a role model – the things you admire about your mother have little to do with how the world perceives her and everything to do with her contribution to your life. And she’s the one person who once stood in your shoes and perhaps took a different turn.

Amrita Rajan is a writer. She's interested in what you have to say.